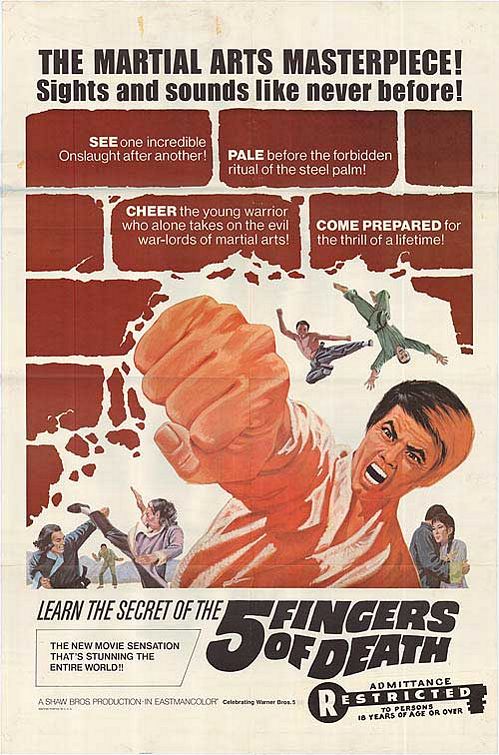 From an action standpoint, King Boxer is also taking things a step further than previous films. Lo Lieh and the other combatants here definitely do not display the martial prowess of Bruce Lee, but in terms of other screen fighters their movements feel relaxed and believable. The editing, though, is what really sets these fights apart from previous films. The cuts are quick and carry a more modern feel. The fights therefore feel tighter, more organic and remind more heavily of later films.

The action in King Boxer was choreographed by Lau Kar-Wing & Chan Chuen, half of the quartet responsible for The Water Margin and The Boxer from Shantung (among others). Thanks to the editing, the choreography just sings, so much so that I was pulled so deep into the film that I barely took any notes. This is great as a viewer, but it does make constructing a review a little more challenging. I do remember a great moment of footwork that reminded me heavily of Once Upon a Time in China, and a couple of very nice tracking shots during the fights which show how the excellent choreography isn’t just a product of the editing. It may not be highly intricate in its design, especially compared to later films in the genre, but the choreography of King Boxer flows incredibly well and entertains fully.

The themes of jealousy, cowardice and courage are also played up very nicely, resulting in a hero and a few supporting characters that exhibit elements of all three while yet still being conflicted. These emotions play heavily into the character’s actions, both for the good and the bad. In other films we might have a hero that exacts revenge without much thought one way or the other, but Lo Lieh’s character is repeatedly confronted with the decision between honoring his commitment to use his skills only for good or using the full extent of his martial power to carry out his rage. It’s sort of a “Give in to the Dark Side” sort of conundrum, but here it is presented with more obvious humanity while still incorporating a bit of the supernatural powers that martial arts films love to dabble with. 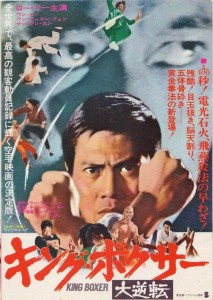 Which reminds me, no matter how much I was engaged with the building themes and how the film stacks up in the history of martial arts cinema, at the end of the day it’s just a damn fine slice of entertainment. The film is chock full of great fights, and the characters are varied, fun and interesting to explore. The Iron Palm technique that Lo Lieh learns is used sparingly but it is formidable, garnering its own alarm call (the same that opens the film) and red key lighting every time it is used. Who couldn’t love something as gleefully fun as that?

Cheng Chang Ho had previously made four films for Shaw Brothers (five if you count the lost and probably unfinished 1971 film The Sword Hand), and each one was more entertaining and artistically made than the last. King Boxer is the culmination of everything Cheng had been working towards at the Shaw Brothers studio, and it is a stunning picture even now, 41 years later. This was also unfortunately Cheng’s last film for the company. He moved on to Golden Harvest for a few years before returning to his native Korea in the late ’70s. His artistic stamp on the Shaw Brothers, and world cinema overall, is undeniable and King Boxer stands as his finest work for the Shaw Studio.

Next up in this chronological jaunt through the Shaw Brothers Martial Arts catalog is Trilogy of Swordsmanship, an anthology film from directors Chang Cheh, Cheng Kang & Griffin Yueh Feng! See ya then!