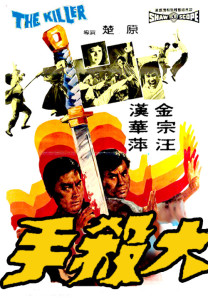 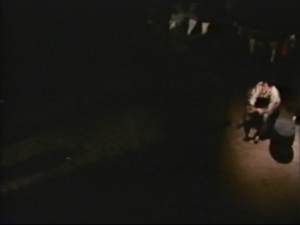 Chor Yuen also wasn’t as quite as preoccupied with the spilling of blood as Chang Cheh was, but that doesn’t mean that there isn’t a lot of general mayhem going on in The Killer. It is called The Killer, after all! While the extended multi-fight finale does get pretty bloody and brutal, before that we’re treated to Hsiao throwing just about every Shaw Brothers stuntman through any and every wooden thing in the Shaw warehouse, and it never gets old. Windows, doors, planks… he even busts a dude’s head through a table! Watch out, wooden things, the killer is coming to smash you! The action in this one is excellent fun, but its the choreography itself that’s the film’s most notable aspect.

The Killer was the first time that famed director/choreographer Yuen Woo-Ping had worked on a Shaw Brothers film, and it was only his second film overall as a choreographer. Here he worked alongside his brother Yuen Cheung-Yan, who had been working at Shaw Brothers for a while, co-choreographing with Tang Chia most of Chang Cheh’s films since Have Sword, Will Travel. Together, the Yuen brothers deliver thrilling fight after thrilling fight. The choreography feels modern, fresh and exciting. It’s not up to later standards, of course, but for the era it’s some of the best choreography you’ll see. The Yuen clan, and specifically Yuen Woo-Ping, had a mighty influence on the martial arts genre, and they were clearly onto something right from the beginning of their careers. 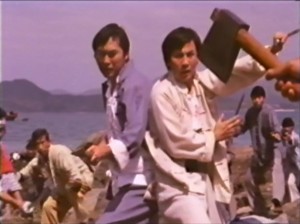 Just when you think this movie has shown you everything it’s got, Ku Feng busts in as a master samurai. You aren’t even fully aware of his character until he appears from behind a Japanese wall screen, and this is also a good metaphor to describe the film itself. The Killer is fast and furious. It doesn’t stop much for storytelling, instead choosing to weave its story seamlessly in and out of the fights while keeping the film’s pace at a constant speed. I wouldn’t want every Shaw film to be like this, but it definitely works well for The Killer.

With Duel for Gold, Chor Yuen burst onto the Shaw Brothers scene with a fantastic wuxia tale. The Killer is nothing like Duel for Gold, though, instead it embraced the budding hand-to-hand genre and proved definitively that Chor Yuen was an excellent addition to the Shaw directorial lineup. The Killer isn’t as varied as The Chinese Boxer, nor is it as fun or affecting as The Duel, but The Killer feels like a great cross between those earlier films. I can’t wait to crack into Chor’s next film, the influential and famous Intimate Confessions of a Chinese Courtesan!

Next up in this chronological jaunt through the Shaw Brothers Martial Arts catalog: it’s another rare one, director Lee Ga’s The Champion of Champions! See ya next week!

This review is also part of the Shawgust Blogathon at Your Face! Check over there for many Shaw Brothers reviews throughout the month of August — I mean, Shawgust!