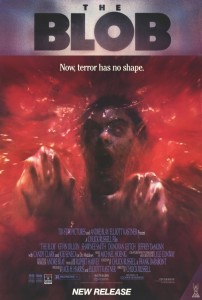 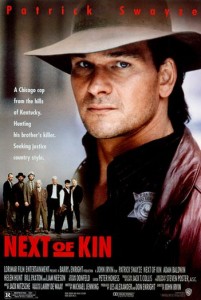 Expectations: Low, but the star power here is worth a shot.

Patrick Swayze plays a tough Chicago cop who hails originally from the backwoods that has to step up to the challenge when the mob murders his brother! His justice isn’t swift enough for his other brother (Liam Neeson), who comes down from the mountain on a hunt for vengeance. Sounds good, right?

Unfortunately, it’s just OK. Next of Kin has definite flashes of greatness, such as the train rooftop sequence, but more often than not, the film is characterized by mediocre dialogue and a boring plot. It’s also much too long for its own good. The sheer amount of future star talent should not be overlooked though, and Next of Kin will forever remain of interest to film fans for this. Liam Neeson is especially good as Swayze’s brother. While it may be a footnote to his illustrious career, it is another great performance from the always dependable Neeson.

In yesterday’s look at Winter’s Bone, I noted that the characters in it were realistic and didn’t exhibit the traditional stereotyped hillbilly personas. Next of Kin fares surprisingly well in this regard as well, with the country folk never feeling stupid or the butt of cheap jokes. There’s definitely a similar air of “You don’t fuck with country folk,” reinforced by the scene where members of Swayze’s family all band together and take down the mafia men with crossbows in a shadowy graveyard.

Next of Kin isn’t great by any stretch of the imagination, but it is pretty fun in spots and worth watching to see so many young actors packed into one movie. Also, I’m glad Ben Stiller lost that unibrow.