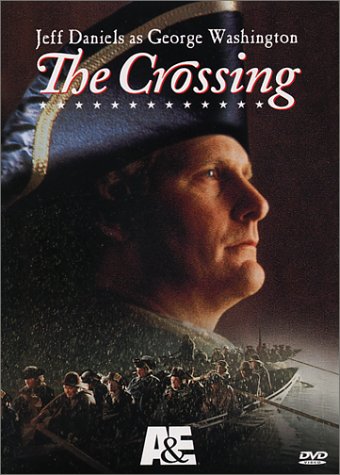 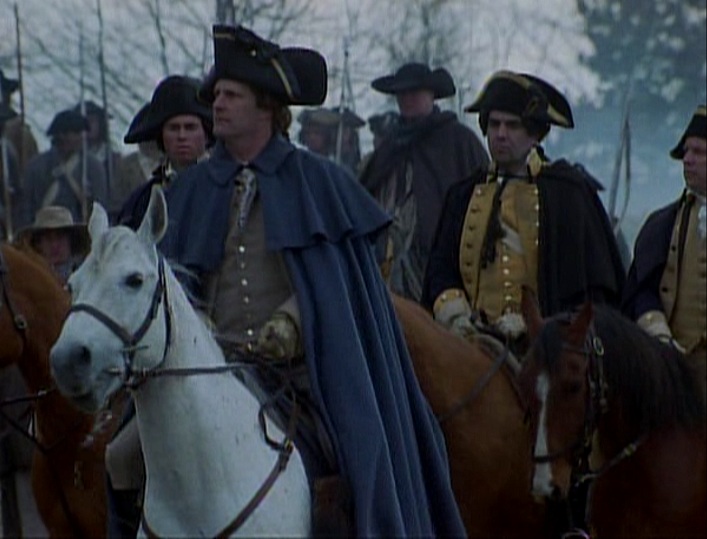 The mood of the film is an overall somber one. Being a television movie, most of the runtime is devoted to dialogue scenes between characters. The film opens with a river crossing to avoid the Brits (not THE crossing) and some resulting action. It is surprising bloody for a TV movie, which works well to exhibit the harsh realities of war. This isn’t on par with hyper-realistic theatrical offerings, but it does the job and the gore-hound within was satisfied with multiple bayonet thrusts into people’s midsections. The score is sparse and full of sad, single violins playing for the fallen. The color palette is very muted and gray for the exteriors and full of orange candle-lit warmth for the interiors. It is unclear if the interiors were actually shot under strict candlelight or if it was augmented with traditional film lights, but I’m leaning towards the latter. Barry Lyndon, this is not.

The problem is that the film’s pace leading up to the big battle is fairly slow and filled with talking heads. I don’t expect them to rewrite history to be more entertaining, but I thought the film could have been written and edited a little better in an effort to make the narrative flow at a brisker pace. It seemed at times like the filmmakers were stretching the dialogue scenes out in order to fill the required ninety minute runtime for a TV movie, but in reality they probably had quite the time condensing the actual events into such a short film. With that in mind, I think they did a good job with it overall. 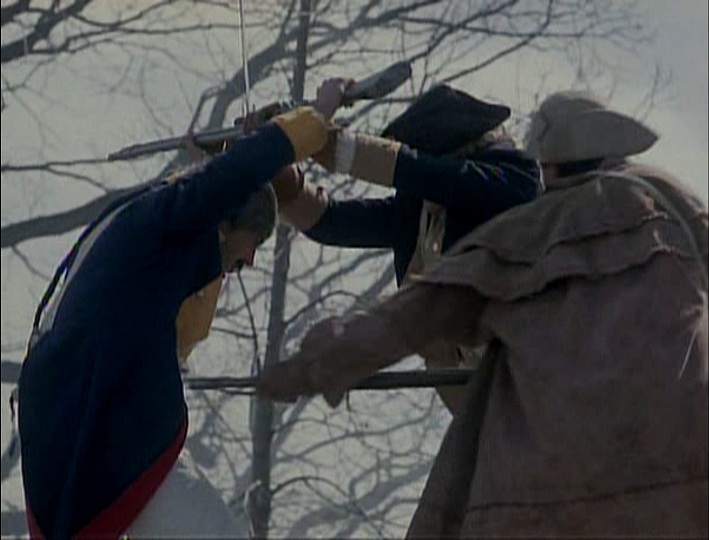 The filmmaker’s goal was definitely to convey how Washington was an original thinker and how important his decisions were to the American Revolution’s success. An attentive audience will respond to this message with a new-found understanding and respect for the man. It seems as if the film was made for two general audience groups, history buffs (who will enjoy seeing dramatizations of things they have read and learned about) and history students and children (who may know next to nothing about the subject). I think the film fits the bill well for both audiences and will teach the uniformed and entertain the informed. The film seeks to connect to the viewers at an emotional level, thus attempting to bring a humanity to Washington and the surrounding people, taking him out of the history books for history students and children and into the realm of reality. As I mentioned before though, the film’s slow initial pace and abundance of talking heads will be its greatest hurdle for most viewers.

The film was made in 2000, but to my eyes it looks like something from the early to mid-1990s. It really doesn’t feel distinctly connected to the time it was made though, as the period within is constructed well enough to avoid thoughts like, “Oh, I remember how films used to do this like that.” The most telling point of its production year is probably the casting of Jeff Daniels as George Washington. He was initially the main reason I selected this, as I thought it might be funny just watching him try to act like George Washington. Initially, I was making Doggy Wash Dumb & Dumber jokes, but to my surprise, he does the man justice as he commands your attention and your respect. He is also made to look enough like the famed first president and general so you can focus on the performance and the subject matter. 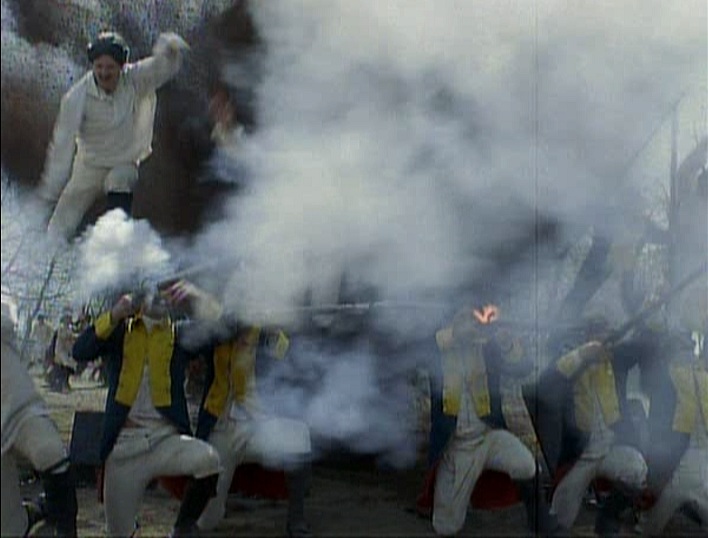 Watching the film’s final battle scene that happens after the risky crossing of the Delaware, shows much more than can be imagined from reading about it in a book. Actually seeing people firing cannons and using bayonets, especially for younger viewers who may have never even seen some of these things, will paint a picture and teach much more than a book’s description. This also serves to turn up the film’s pace quite a bit. I wasn’t expecting the dramatized action to be this well done, but the assault on the Hessian camp is full of cannon blasts, muskets firing and men exploding into the air.

After the battle, the film ends on a quiet note with title cards noting what the main characters went on to do or become. It quickly sums up the next few years of the war and then states that Washington went on to become president. The only question I have and I think most non-history buffs would have is, “Well, how did it come to that?” From my class, I can actually answer the question, but most people just happening upon this won’t necessarily be able to. The film obviously can only tell so much in ninety minutes and it ultimately does what it sets out to do. Washington’s Crossing, while daring and a big part of his personal story, wasn’t a huge military victory. Its effect was more of a morale builder, proving to the American men that their commander was smart and able to win battles against the odds, using inventive, unorthodox tactics. The film is a bit slow, but if you enjoy history or Jeff Daniels, it’s worth checking out.