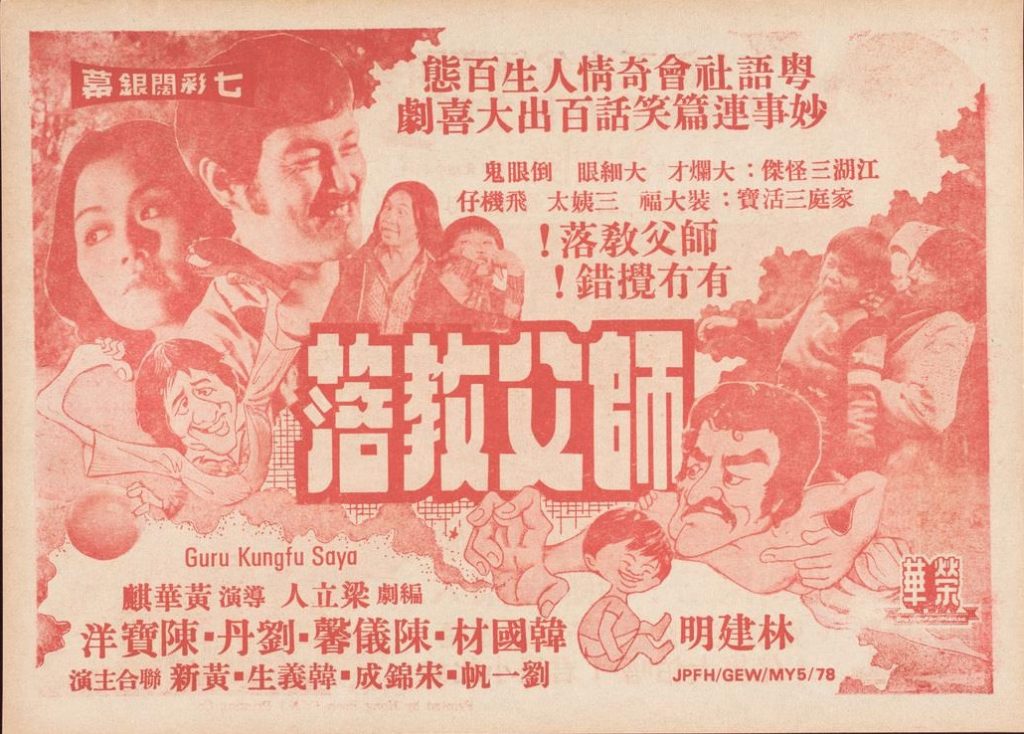 A martial arts movie might actually see Small Plane learn kung fu, but not in My Kung Fu Master! Small Plane is merely a reason to put the master into weird fighting situations with the attempted kidnappers. The first and foremost concern here is comedy, and that goes for the fights, too. It’s episodic like a Hui Brothers comedy, but it lacks the quality gag writing or charismatic performances that catapulted the Huis to superstardom (their 1978 film The Contract released three weeks after My Kung Fu Master, and was the highest grossing Hong Kong film of the year… yes, even more than Drunken Master)! Anyway, an episodic film is only as good as its episodes, and My Kung Fu Master is fairly lackluster. It’s not for lack of trying… bowling balls become boxing gloves, minibuses are smashed and destroyed, and the master even rides a motorcycle while dressed as a monk with an afro. The comedic ideas are fine, but the execution isn’t there to elevate them into exciting cinema.

Similarly, the action of My Kung Fu Master lacks spark. The fight choreography by Steve Yu Shung-Ying & Lee Hang is rather slow, and would feel much more at home in a film of the early ’70s. I hesitate to even talk about the fights, as they’re absolutely not the reason anyone should watch this. To put it into American film terms: no one watches Beverly Hills Ninja expecting great fights. Lau Dan does well enough, but it’s also important to remember that while Small Plane calls him Master, he’s just a guy who knows enough to help out. He’s not actually a master. The comedic fights play okay, garnering a few chuckles, but I found it all rather tiring by the end. The car stunts and chase scenes were much more entertaining, though, thanks to the location shooting and the raw element of realistic danger any Hong Kong stunts from the ’70s-’90s have.

My Kung Fu Master may be the first Eternal/Shaw & Sons co-production featured in my review series, but it won’t be the last. Hopefully the others are better than this one! All kidding aside, I still enjoyed it as a fan of Hong Kong cinema. It certainly could’ve been a lot worse, but I wouldn’t recommend investing time in it… unless you’ve seen everything else already or you’re a completionist nutcase like me. 😛

Next up in this chronological journey through the Shaw Brothers Martial Arts catalog is a little Chang Cheh film you may have heard of… The Five Venoms! Oh shit! See ya then (hopefully soon)!