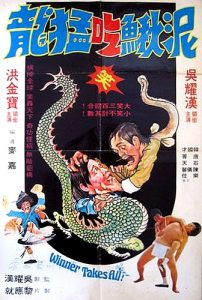 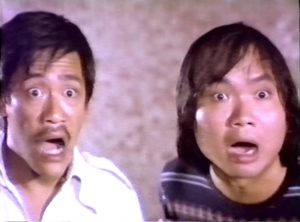 Richard Ng plays a taxi driver who can never catch a break. He is often robbed, to the point that his loved ones have come to expect it. He tells them he was robbed and their response is, “Well… yeah!” His luck changes one evening when he discovers that he holds a winning lottery ticket. His family and friends go out to a dance club to celebrate, only to be robbed by a group of thieves wearing animal masks (led by Dean Shek Tin)… well… yeah! This time, Richard vows to get that ticket back, no matter what he has to do, landing him in the middle of a war between two underworld gangs, and, since this is a comedy, hilarity ensues.

I found Winner Takes All! to be exceptionally funny, not necessarily on the level of the Hui Brothers films from this era, but fairly close. Of course, everyone’s experience will vary, and my undying love for Hong Kong cinema of this era surely helps, but if I were to bet on it I’d say Winner Takes All! — like Hui’s films — is a Hong Kong comedy that could transcend cultural barriers. Of course, Winner Takes All! is hard to find and only survives thanks to a poor quality VHS, so it’s certainly not readily available for everyone to give it a shot. But if they could give it a shot, I imagine people would like it! 😀 Well, I’m just blowing hot air at this point, or whatever the typing equivalent of that is. Typing hot words? I don’t know, but this movie was funny and it has a dope Cantopop theme song, I can definitely say that. 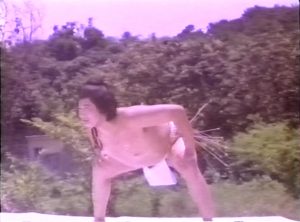 One great source of comedy throughout the film is Richard Ng learning and utilizing hypnotism on various characters. Anyone who’s seen the Lucky Stars movies will know that Ng learning a “supernatural” skill and applying it is a hallmark of those films, and I’ve seen Ng do a similar shtick in other films, too. Perhaps it all began here in Winner Takes All. I don’t remember him doing anything like this in The Private Eyes, but I haven’t seen The Pilferer’s Progress so it’s possibly there or the Hui Brothers TV show is where Ng developed his trademark bit. In any case, the hypnotism is a great running gag throughout the film, culminating in the final fight with Ng believing himself to be Pai Ying’s eunuch character from Dragon Inn, and later Wong Fei-Hung.

Winner Takes All! does feature a number of fight scenes, but all of them are choreographed as a delivery method for the film’s comedy. If you look at the typical kung fu comedy, like Drunken Master or something like that, the fights work on both levels, delivering comedy and high-quality, exciting kung fu simultaneously. That is never the intent here, but since Sammo Hung choreographed everything, the fights are quite enjoyable to watch as a series of comedic movements. The characters are wild and exaggerated, further fortifying the comedy with a wide variety of thrills. Sammo plays a sumo wrestler, Hon Kwok-Choi plays a iron-skinned spiritual boxer, and somehow Richard Ng goes toe-to-toe with them; that’s where the hypnosis comes in! Sammo’s choreography isn’t terribly special here, but the fights move quickly and deliver many laughs, so they definitely do their job. 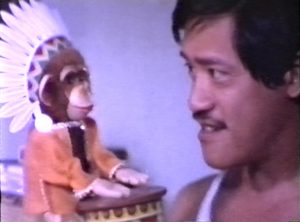 Winner Takes All! is a hidden gem of 1970s Hong Kong cinema, just waiting for its audience. It’s a product of its times, but it also feels like a proto-’80s Hong Kong action comedy, similar in tone to the Aces Go Places films. It deserves much better than its current obscure status, and while I imagine the elements are long gone and a restoration is nothing more than wishful thinking, I still hold on to some small bit of hope that Winner Takes All! can be rescued one day. Until then, thanks to the bootleggers for keeping its memory alive.