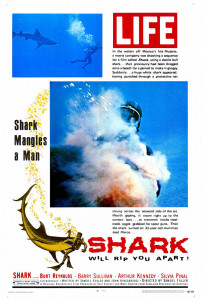 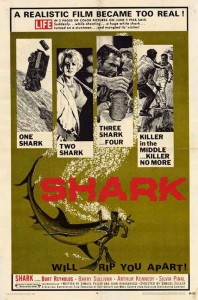 I’m leading with the back story behind Shark! because it’s far more interesting that the story presented in the film. I have no doubt that Fuller’s original version was far more entertaining and engrossing, but in this butchered form it’s quite hard to see where and how the elements would’ve come together. One of the most obvious changes comes to the opening of the film. We start underwater in the ocean, following a diver as he swims around and is eventually killed by a shark. It felt too slow and atypical of Fuller to open a film like this, so I was happy to confirm in his autobiography that the real opening of the film is the action-packed scene that introduces Burt Reynolds’s gun-runnin’ character, Caine. It’s a tense encounter with some cops checking the crates in the back of his truck for contraband. He almost gets through, but when they find his hidden guns Caine peels out. After a short chase, he loses control of the truck and the brakes go out. Caine jumps out and rolls down the side of a hill, just before the truck careens off a nearby cliff and explodes. Now that’s the trademark, slam-bang, Sam Fuller opening I was expecting!

But from here it becomes a lot harder to piece together what Fuller’s intentions were with the film. The streetwise child who follows Reynolds around and smokes cigars is reminiscent of characters in his early movies, as are some of the other colorful supporting characters like the drunken doctor and the overweight innkeeper who wears shirts emblazoned with the names of battleships. It’s unfortunate that the film is so muddy, because Shark! feels like it should be a better film when I think back on the elements contained within. It reminds me of something Stephen King said his non-fiction book On Writing. When describing his approach to writing, King said that he considers it like uncovering a fossil in the ground, and with every story he does his best to excavate it and reveal as much about it as he can. I have faith that in the original version of Shark! Fuller uncovered a pretty nice fossil, the only trouble is that the producers went and covered it back up. 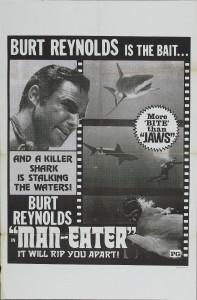 Fuller’s autobiography also reveals a nugget about the final shot being different in his version. Instead of the boat just driving away, Caine was to throw a cigarette into the ocean and a shark was to snap it up. Given the seedy, double-crossing nature of the characters in the film, this ending feels more artistic and representative of how quickly these unlikeable human sharks will jump on any vulnerability. This bit of unrealized artistry again shines a light on just how unfocused and meandering the re-cut version of the film is. I had hoped — unrealistically — that the recent DVD/Blu-ray release of Shark! from Olive Films might include a PDF of the original script to help superfans piece the film together, but I guess that’s not to be. I’m sure if someone could get ahold of that, they might be able to re-edit the film into something closer to Fuller’s intention similar to the reconstruction of The Big Red One. Now that would be interesting.

Speaking of the Olive Films release: it looks great, putting the previous Troma DVD to shame! The film is crisp and colorful, perhaps looking better now than it did at its original release. The cinematography is quite good throughout, capturing the Mexican countryside very well (as it stands in for the far-off Sudan). Fuller apparently made up the film’s shots as he went along, getting himself into the by-the-seat-of-its-pants style of the production. This works out well, especially in the small bits of action. There’s a fist fight in a hotel room that’s especially exciting, filmed from above with a ceiling fan in-between the camera and the revolving action as the combatants throw each other between rooms.

I’ve just realized that I never really mentioned what the movie’s plot was about. Well, it’s not about sharks! Calling the film Shark! is like calling Return of the Jedi something like Sarlacc! Fuller’s original title, Caine, would have worked much better, but the shady producers wanted to capitalize on the exploitation potential of a stuntman that was killed by a shark while filming. Just look at those posters using the man’s death to sell the film! Anyway, the film is about the reckless gun-runner Caine getting roped into working with a professor and his beautiful assistant as they dive into the ocean for “scientific research” AKA treasure hunting. Sound thrilling? No? Well, too bad, because that’s all you get. Any directorial vision that Fuller weaved through the writing and editing of the film are lost and so are the story’s flow and timing.

Through all the horrible decisions by the producers of Shark!, I’d still say that Fuller completists should check this one out. Just make sure you’re a die-hard, because this isn’t for someone who’s casually interested in Fuller’s work because they liked Pickup on South Street. I think I might like this one more if I saw it again, knowing what I know from seeing the film once and reading Fuller’s thoughts on it, but I doubt I’ll do that anytime soon. For a filmmaker so concerned with telling quality stories, it’s ironic that there’s so little of it in Shark!. Oh, the stories that cutting room floor could tell.

No trailer, but here’s the underwater scene that opens the film.

I also wanted to include some shots for comparison from both the newly released Olive Films Blu-ray of the film and the older Troma-released DVD. Click the images for their full size. 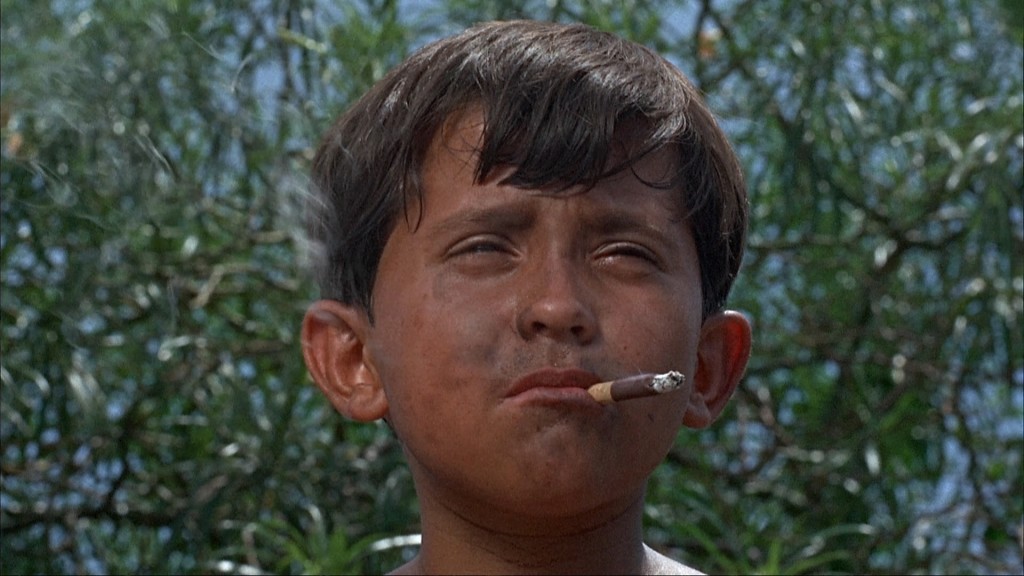 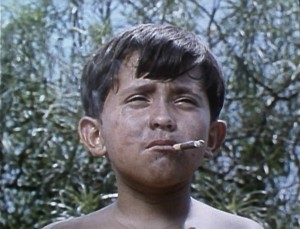 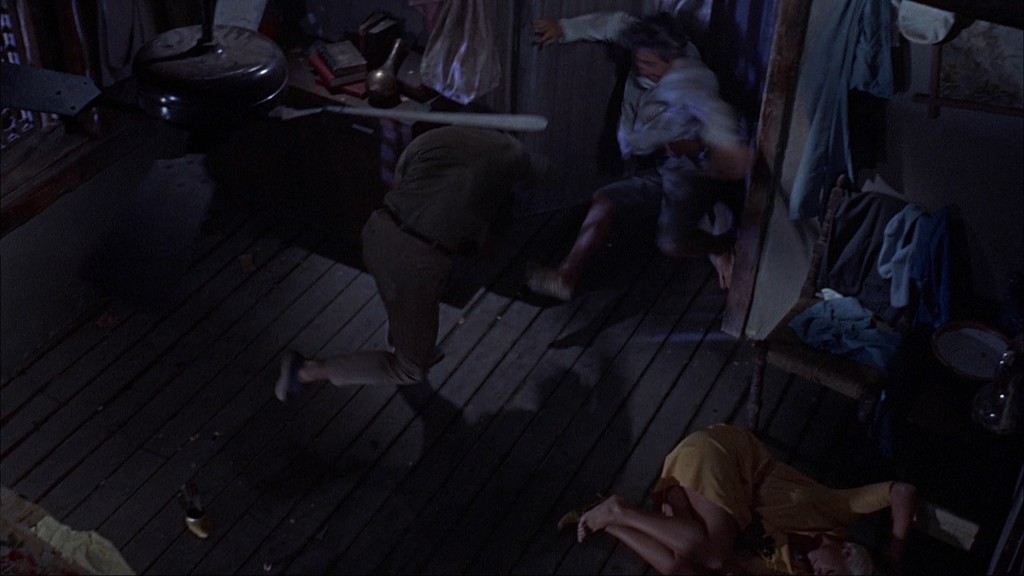 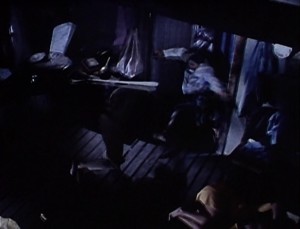 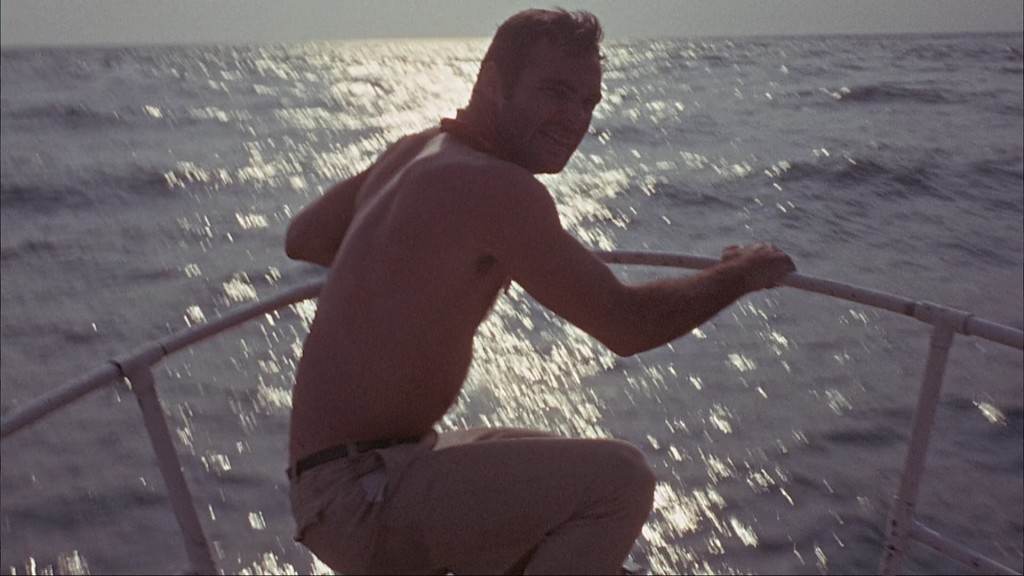 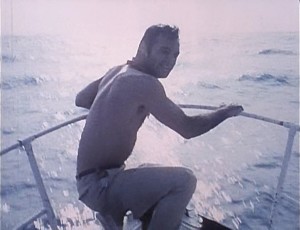 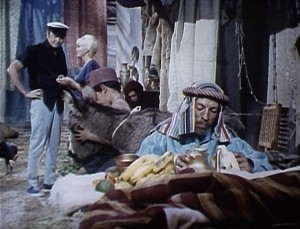