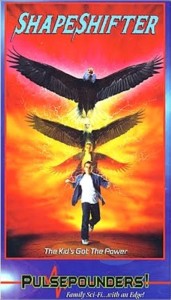 What do spies, gypsies, asteroids and shapeshifting have in common? Before watching Shapeshifter I would have said, “Nothing,” but now I know the truth. These disparate elements are actually all tied together in the grand scheme of life. While you go about your business brushing your teeth or walking your dog, there are people out there doing the big work, playing hypnotic new age music on glass bowls. And if that made no sense to you, don’t worry. It is not our place as common mortals to understand the work that goes on behind the scenes to ensure our lives are safe.

Shapeshifter starts out much more reserved, though, leaving the fantasy elements on the back burner and out of sight for the first 30 minutes. The story opens with a seemingly unrelated scene involving a gypsy kid picking up a fallen asteroid, but our tale truly begins when we meet Alex. His parents have recently quit the spy business and are moving back to the United States to enjoy the rest of their lives — or so they thought! The night they arrive, evildoers come by way of van and kidnap Alex’s parents! Good thing Alex was in the attic playing with his parents’ spy gear. 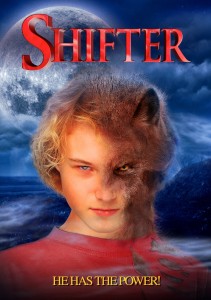 Alex first attempts to make contact with the CIA, but when he learns that they might not help him because his parents are no longer employees, Alex decides to take matters into his own hands. It was at this point that I thought Shapeshifter might contain the DNA of both Spy Kids and Taken, all in one go, but it wasn’t to be. Using his father’s GPS-enabled watch, he tracks his parents’ location to Romania and before you can spell Bucharest, Alex is there on his rescue mission. But things take a slight left turn when a couple of yahoos at the hostel take Alex to the Hard ‘n’ Heavy club (supposedly to see Bjork). While in the club, strange, hypnotic sounds call him outside and eventually lead him to his destiny.

I can dance around it all I want, but Full Moon titled their film after the big reveal, so it will come to no one’s surprise that Alex learns he can shapeshift. But for me, it was the whys and the hows that made Shapeshifter special. I won’t spoil anything, after all the film is available at RedBox locations throughout the country, so someone might actually pick this one up. Some of the explanations don’t make a lot of sense, but this is a kids’ fantasy movie, so I don’t think it’s right to expect perfect logic and airtight scripts. But the worst of these head-shaking moments comes right after Alex proves how awesome he is by breaking up a plutonium sale. He jumps into his getaway car (a station wagon, the preferred vehicle of most teenage spy shapeshifters), peels out and promptly crashes into a giant pile of cardboard boxes! D’oh! I guess he’d already used up all his awesome for one day.

For a low-budget movie, I was surprised how good the shapeshifting FX looked. It isn’t top-notch stuff of course, but a few of the transformations are pretty well-designed. There’s one where he shifts from a bird to a curled up Alex that looks superb. Your tolerance of these FX will clearly depend on your general love of low-budget FX, but I doubt many straight-up mainstream people will be watching this one anyway.

I want to say a lot more, but Shapeshifter is a B-Movie of enough quality that I wouldn’t want to ruin its secrets for those that might watch it. I’ll just say that this is probably the only film that will ever feature a protagonist playing glass bowls to defeat a cyberwitch inside a computer. If you haven’t noticed yet, this movie has a lot of wild stuff going on, and I really enjoyed it. Definitely recommended to B-Movie fans.

Next time on Full Moon Tuesday, I’ll be checking out a flick about a haunted website called Horrorvision. And if you guessed that it came out in the early 2000s you are correct! See ya then!