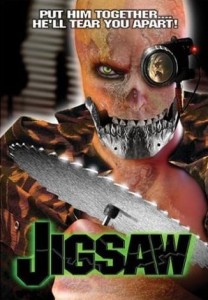 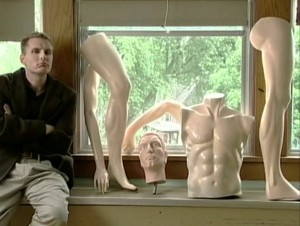 The most impressive scenes are two of the flashback backstories that play while our characters are relating why they decorated their piece as they did. Both tales concern abuse, and both also ring true and become rather affecting. Certain elements seem heightened for dramatic effect, but both tales are intensely believable and make you care about the characters involved. It helps that both tales are acted so well, especially impressive because the talent involved (Aimee Bravo & Maren Lindow) are anything but seasoned screen actors.

These deeply affecting moments are then sullied and trashed by the lingering camera that hovers over the body of Aimee Bravo as she browses the bar’s jukebox. She just finishes a story of her childhood sexual abuse and then the filmmakers immediately sexualize her? Soooooooo trashy! C’mon! It would’ve been trashy in any movie, but coming right after that story it’s just ridiculous. And what follows shortly after? A seductive, intensely sexual dance by Bravo around the Jigsaw man, complete with a sweaty bar patron ogling her and laying money on the bar. If the filmmakers were trying to make some broader point about a woman’s loss of sexual inhibition in public places as a result of her demoralizing upbringing, they failed. This is pure exploitation, and I’m sure they knew it. How am I sure? Oh, it must have been the moment when the proprietor of Sneaky Pete’s flips a switch and a machine starts raining bubbles on Bravo and the Jigsaw man. Clearly this isn’t the first time Sneaky Pete’s has been an impromptu strip club. Very sneaky, Sneaky Pete.

As Jigsaw was written, directed and edited by the duo of Don Adams & Harry James Picardi, it’s easy to dump a lot of the blame for where this movie goes wrong on their shoulders. Their background as editors explains why a few pseudo music videos are interspersed throughout the film. My “favorite” of these involves Aimee Bravo’s character digging through a junk closet filled with gift bags and Christmas decorations. She eventually unearths a shotgun, and then does what any red-blooded American would: she takes it to her workshop and saws off the barrel. Whoa! Didn’t see that coming! It’s something of an Evil Dead moment, but with late ’90s alternative music and more closet digging.

I also find it ironic that being editors, Adams and Picardi are unable to give many of the film’s scenes much of any rhythm. Being that so many scenes are cut to music, you’d think they might flow with the music, but for the most part they don’t. Having done some editing before, I understand that you gotta work with what you got and that the budget here most likely didn’t allow for a lot of retakes or extra time. But even considering this, it seems like something better could have been brought together with this footage. It’s a tough call, but what’s here definitely leaves me a little wanting. Ultimately it’s fine for those looking for a dumb, low-budget horror movie from the early 2000s, but the real question is how many of you are actually in that category? In any case, no amount of editing (good or bad) can fix an overabundance of ugly closeups.

Jigsaw is a slow burn. If you want slasher thrills, you’ve gotta wait a while, and even when they arrive they aren’t all that great. It’s surprisingly entertaining, though, drawing me into its characters and genuinely making me feel for some of them. When the horror starts it gets really dumb, though. I guess that’s to be expected, but the 50 minutes of build-up just didn’t prepare me for how dumb the horrific section would be. Not only does it make no sense, it’s not all that horrific. But whatever, I really enjoyed Jigsaw in spite of my problems with it, and I do recommend it to low-budget horror fans.

Next week on Full Moon Tuesday, I’ll be checking out 2008’s Dangerous Worry Dolls. See ya next week!