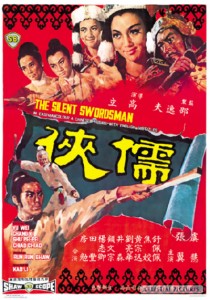 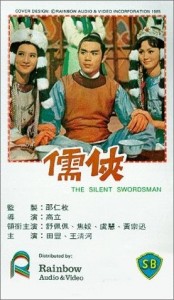 The Silent Swordsman is very light on action, but it isn’t so much of a disappointment as it’s clear from the get-go that it wasn’t their intention to make an action picture. Exactly what their intention was though is anyone’s guess, as the film jumps through a sea of genres as it plays out. It opens as a historical war epic, before becoming a wuxia film, then morphing into a musical, followed by a romance, and finally returning to a mashed-up historical epic wuxia movie. I’m all for blending genres but director Kao Li thoroughly shifts the entire picture into whatever genre he feels like the story should take it in. When it moves into musical land, prepare for a couple of songs from various characters and a choreographed dance number, all superfluous to the main plot and driving energy of the story. About mid-way through the film, I started feeling bad for General Yuan and his men still waging that opening battle on the wall, waiting forever for everyone to get their shit together and provide some much-needed backup.

The action scenes themselves are interesting and choreographed about as well as any of these early Shaw Brothers pictures. What sets the scenes in The Silent Swordsman apart though, is their epic scale. Every battle features dozens of combatants, with the men in the opening siege numbering in the hundreds. These are ambitious battles on a scale that I have yet to see in a Shaw Brothers film and as such they are very entertaining. In addition to the large-scale wars, there’s also a good share of cool throwing darts, fans that shoot sharp spines and badass displays of the mystical Eagle Claw technique to pull fleeing enemies back within the reach of a justice-dealing sword.

The Silent Swordsman also features tons of different locales in order to service its far-reaching plot, from mountaintop temples to nomadic Mongol camp tents. It also features a return to one of my favorite Shaw Brothers’ sets, the underground castle dungeon. The sets all look great and make this uneven film a lot more palatable. I’m also unsure exactly where the silent swordsman of the title was. Perhaps it is a reference to the main character who is a swordsman of few words, which admittedly doesn’t roll off the tongue in the same way as The Silent Swordsman. I think I can let them slide this time.

Overall, this is one you could easily skip on your trek through the Shaw Brothers catalog, but it’s one that does offer quite a few entertaining, little moments throughout. It doesn’t make for a good film overall, but it is an interesting one nonetheless.