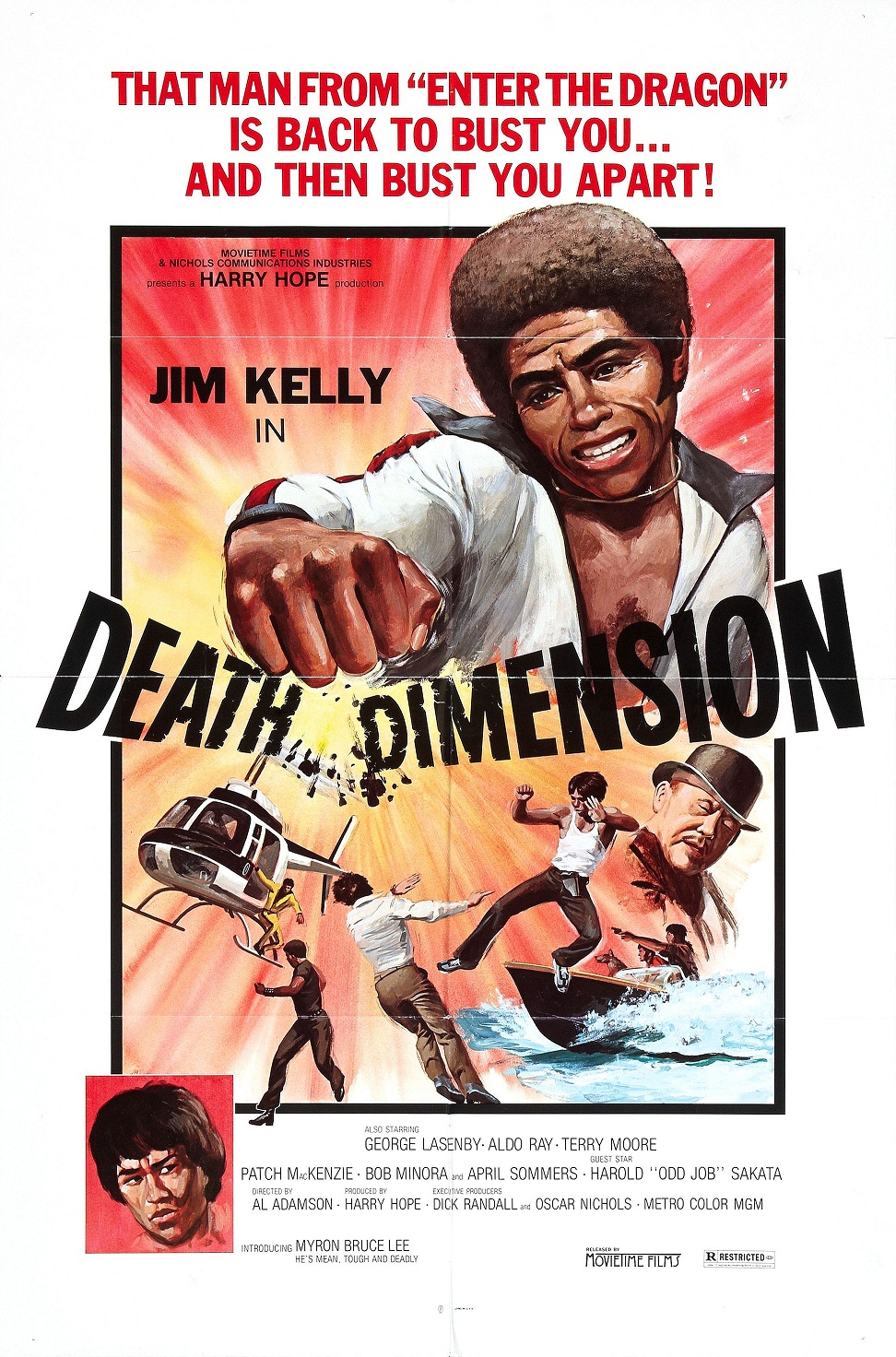 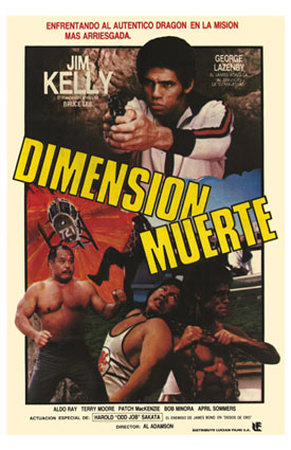 Yeah, Let’s talk about narrative. The first half of the film shifts locations between Los Angeles, rural Nevada, downtown Reno, and some uncharted tropical island, but I challenge anybody to tell me which scenes are supposed to take place where. Odd Job just wants to sell his crazy-ass freeze bomb… The film doesn’t need to be this confusing! Things luckily iron themselves out in the second half as the film eventually settles into a Los Angeles setting, but the erratic jumps of the first half come off as disorienting, and even worse, just plain sloppy.

I have no beef with shoddy production values, as I believe that is where some of the best ideas come from. But dude, you have to at least put in an effort with what you’ve got. The opening sequence has Odd Job testing what is supposed to be a deadly ice bomb, capable of freezing an entire nation over. But what the viewer gets are six dudes tied to a couple of wooden stakes while somebody sprays fire extinguisher foam into the shot. If it wasn’t for the crazy Haitian guy ripping an undercover police officer’s throat out seconds later, I’m not sure I would have made it through this one.

Acting is probably the biggest disappointment. Jim Kelly just barely skirts by on charm alone. If it wasn’t from his buttery smooth delivery of lines like “Hang in there baby” while leaving a henchman dangling from a fire escape, he really would have little else to do here (besides punching guys in the balls, or off of cliffs). Odd Job delivers lines in what is probably the most strained use of the English language my virgin ears have ever witnessed. When he says “You new girls have such tiny tits” in that borderline shouting monotone of his, it’s makes you want to pull your hair out and laugh hysterically all at once. My favorite line probably comes from the scary, pinky-ring wearing Haitian guy though, “That’s where we’re staying sir, with all of your fatsy whores”. Besides these wacky moments of unintentional humor, the acting is dull and forced, with actors who can’t even hide their lack of enthusiasm behind their performances. Hell, even George Lazenby forgets that he’s playing an American most of the time, accidently letting his Australian accent slip through in nearly every other scene. You know your cast is phoning this one in when Odd Job’s pet turtle has the arduous burden of carrying the dramatic weight for your actors. 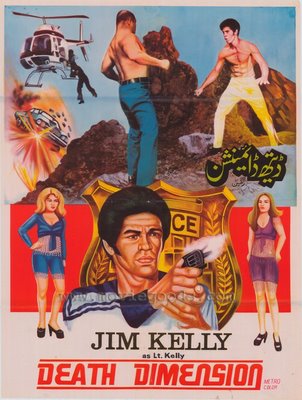 Not to say that Death Dimension doesn’t have its share of decent moments. There is a pretty funny moment where Jim Kelly waxes poetic on the health benefits of malt liquor to his lady. One of the most memorable sequences has Odd Job and the creepy Haitian guy torturing a woman by dangling a hungry, prehistoric-looking snapping turtle above her titties. “One bite and he’ll make you flat-chested!” he says. Action is actually pretty good for the most part, reaching almost stellar heights at the end when Jim commandeers a helicopter to chase the bad guys up a slow moving ski-lift while they stage a pretty good gun battle thousands of feet in the air. The action then moves to the desert, with Jim jumping out of the helicopter and dodging explosions left and right on foot. The action’s cartoon-like atmosphere peaks at the very end as Jim manages to take down a fleeing airplane with a single shot from a magnum revolver. The aircraft explodes into a ball of fire while Jim nods with acceptance before jumpkicking towards the camera in a midair freeze-frame. Holy shit, If only the rest of the film was so inspired, we would have a fantastic action movie on our hands. Unfortunately this all comes as another tragic case of too little, too late.

The ultra-funky bass and synth soundtrack is pretty fucking badass though.