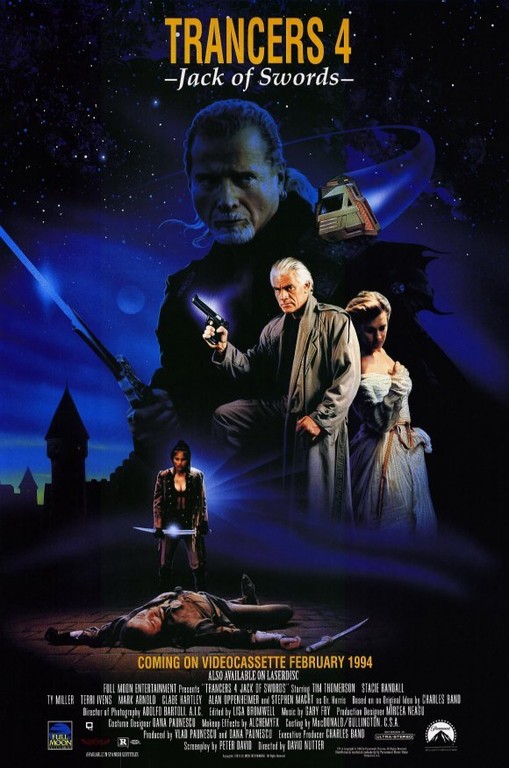 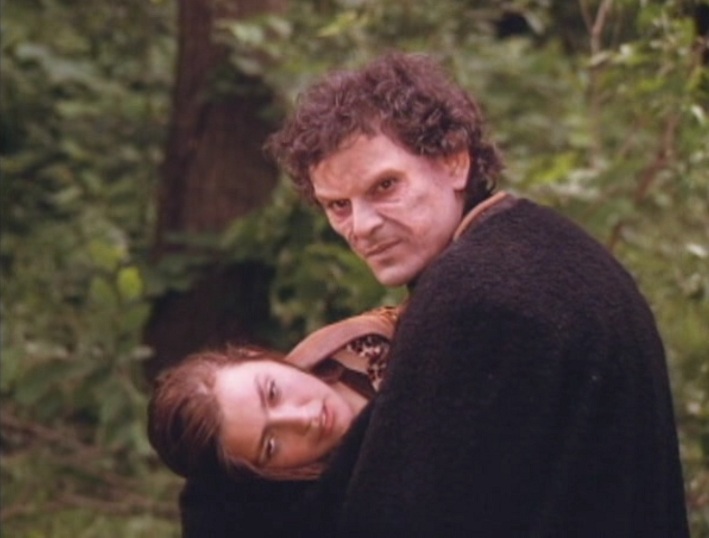 The timepod re-materializes in a forest. Jack comes upon a vampire and his prey, whose aura glows and changes color as her lifeforce is sucked dry. The vampire turns to look at Jack and he bears the unmistakable face of a Trancer! Jack’s no slouch in this department and he quickly identifies his target with pretty much what was going through my own head, “A trancer. You’re a fuckin’ trancer!” Stick it to ’em, Jack. So yes, the Trancers of this film are vampires, nobles of the parallel dimension that Jack finds himself trapped in. Unfortunately, the “Trancer face” seen here doesn’t make much an appearance throughout the rest of the film, but I suppose it plays into the nobility of these guys that they wouldn’t allow themselves to look primal if they could help it. Ah, who am I kidding? There aren’t many Trancers faces because of the budget.

Shot on location at a castle in Romania, Trancers 4 is easily one of the funniest and enjoyable Trancers, but also the most flawed. The acting is absolutely horrid from just about everyone, with wooden delivery and overacting abounding. One of my favorite moments of bad delivery comes when a female heavy sent to kill the good guys says, “That’s…  For sure.” There are literally moments like this throughout the entire film and they are a good reason why the film was so fun to watch. It’s firmly in the “so bad it’s good” category. Tim Thomerson, on the other hand, does well as always, and the addition of multiple uses of the f-word to his dialogue makes his scenes even more fun than usual. The script, written by well-known comic scribe Peter David, hits all the right beats for a Trancers film, even if the dialogue is a little rough. I used to read a lot of comics around the time this film was made and I can easily see this story as a budget Trancers mini-series from that era, with half-assed art that only sci-fi-hungry kids could accept as anything but awful. 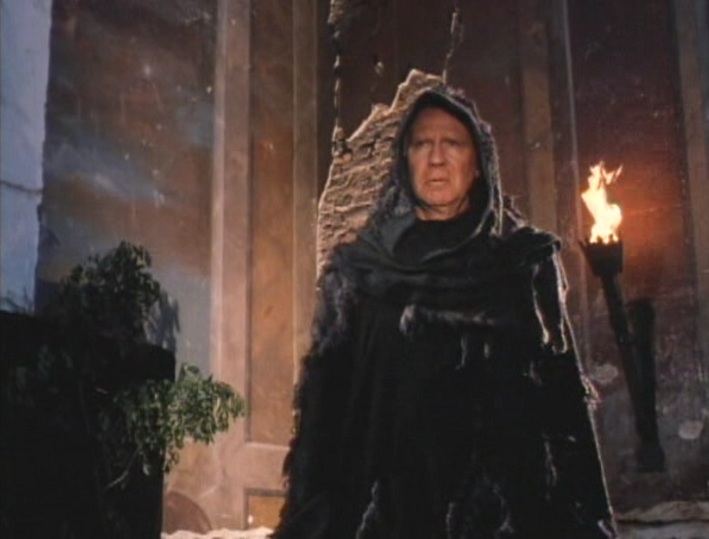 The stunts and fights are all well done, but once again many supreme opportunities for gore or shocks are completely missed. I have to keep reminding myself that that’s not what these films are seeking to deliver, but it’s hard when they present moments that are just shy of being all that they could be. This lack of calculated cheese suggests that the filmmakers desired to create a serious film, and if that’s the case, they failed pretty miserably. In any case, they definitely take the film more seriously than they should have, but there are distinct moments of comedy interspersed, such as Jack’s attempt at using the long-second watch. One of the best new characters is a prophet guy that is running with the Robin Hood group of do-gooders, the Tunnel Rats. He draws pictures of Jack Deth prior to his arrival and shows them to Jack later in the film, all the while spouting ridiculous lines about destiny and fate and looking like the Emperor from Star Wars. He provides many choice moments of comedy that seem intentional, but it is hard to tell given the rest of the film. The new director David Nutter is a step backwards in my opinion, having less energy than Trancers 3 director C. Courtney Joyner. Nutter does an average job though and there’s nothing too good or too bad about his work on the film.

If you have enjoyed the series up to this point, Trancers 4 is a worthy addition to the lineup. It remains enjoyable throughout, despite its many, glaring flaws.

The Trancers saga continues next Tuesday with Trancers 5: Sudden Deth, a direct follow-up to the cliffhanger ending of Trancers 4 and Thomerson’s last Trancers film! Be there!