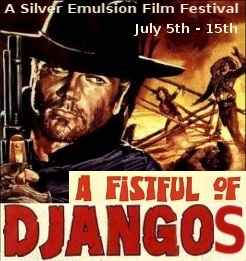 6 thoughts on “Starting July 5th: A Fistful of Djangos!”