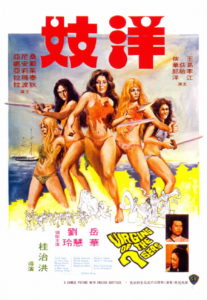 END_OF_DOCUMENT_TOKEN_TO_BE_REPLACED

Webster’s gonna have to put out a new dictionary, because they need to add a picture of Rutger Hauer from Hobo With A Shotgun to the entry for “trash”. Hobo With A Shotgun is the ultimate trash movie, filled with a seemingly non-stop orgy of bloody splatters and disembowelments. They try for some substance but there’s none, which is to expected, but it’s not nearly as fun as it should be. It’s enjoyable for gorehounds, but it seems more like someone trying to make a movie like the ones they love instead of focusing on the whole and making something of quality. I’m impressed that they made it though and that they got Rutger Hauer! Nice colors throughout too, and not just the reds of blood.

Great in concept, but a little lackluster in execution, The Night Before tells the wild and crazy tale of how Keanu Reeves meant to take Lori Loughlin to the prom but ended up on the wrong side of the tracks in East LA. This begins a series of fuckups too numerous to list here. The interesting thing about this one is that it’s mostly told through inventive flashbacks as Reeves stumbles through alleyways trying to piece together what happened to him just a few hours ago. It gets tiring as it goes on, but it’s still a fun movie overall. Strangely enough, I saw this movie on TV a couple of times but I could never remember its name until recently when I happened upon it while doing some IMDB searching. If only I had retraced my steps like Keanu, my search wouldn’t have taken twenty years.

No Strings Attached is an enjoyable romantic comedy, but like all romantic comedies it’s wildly predictable and its success lies completely in the hands of its leads. Thankfully both Natalie Portman and Ashton Kutcher perform their duties well and paint a good picture of a shallow relationship. Directed by Ivan Reitman(!) with little to no flair or style, the film fits perfectly into that tired mainstream studio mold that seems to endlessly churn out the same film over and over. It’s not as funny as it should be, nor is it as touching as it thinks it is, but it was a fun night off for my brain.