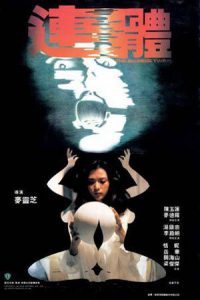 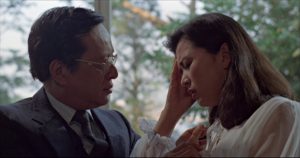 The way the film is structured, revealing that Po-Erh was once conjoined with her twin is kind of a spoiler, but the film rats itself out with its title. I think the movie could have worked much better with a more vague title, similarly to how the title of Brian De Palma’s Sisters chooses not to spill the beans before you ever step foot in the cinema. But in titling the film The Siamese Twins, I have to assume that writer/director Angela Mak’s focus was elsewhere in her conception of the film. For the life of me, though, I cannot really come up with a reason why you would deflate the mystery of the film’s first half with the title. It’s true that the film doesn’t place much emphasis on the Siamese twin angle, but this only strengthens my thought that it should have a different title.

With no real mystery or thrust to the story, we’re left with a rather poor love triangle over the affection of Po-Erh, waged between her boyfriend from Canada, Michael (Robert Mak Tak-Law), and her new doctor, Poon Chi-Ching (Michael Tong Chun-Chung). This melodrama is often quite over-the-top, yet also uninteresting, an odd combination for sure. Michael’s actions are so rash and childish that you can’t help but be on Chi-Ching’s side. While both characters are important to the way the film develops, what they do along the way doesn’t always matter. For instance, Michael takes compromising photos of Chi-Ching, but it never leads anywhere. 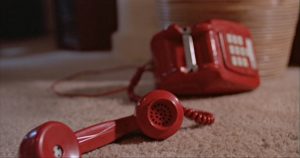 What really saves the film is its final 20 minutes, though. I would’ve rather seen these events sprinkled throughout the film in a more natural build, but all packed together they do work well to invigorate an otherwise slow film. It’s not enough to really make the film worth recommending, but it was very welcome, especially in how it got a lot more supernatural than I expected. It’s still not all that great, but it beats the first hour of the film easily.

If you’ve exhausted all other Shaw Brothers horror films, and you just have to see them all, then The Siamese Twins is one to check off the list. Perhaps you will like it more than I did. I can’t recommend it, but I’m glad to have seen it; it does have some charms here and there (mostly in the last 20 minutes).

Next up from the Shaw Studio for this year’s Horrific October is Sun Chung’s Fangs of the Cobra! See ya then!