> Reviews by Author > Will's Reviews > Spellbreaker: Secret of the Leprechauns (1996) 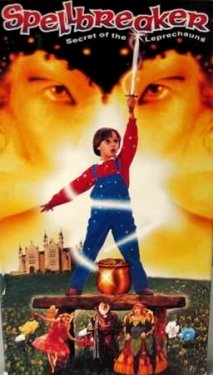 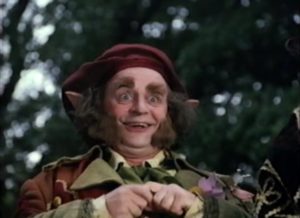 If everything was as it appears, we would not have much of an interesting movie. Mikey would help with whatever Morgan needed help with, return home, eat some dinner and go off to bed to dream of shamrock lollipops and licorice shillelaghs. Instead, Spellbreaker: Secret of the Leprechauns explores a piece of mythology only hinted at in the first film: Finvara, Lord of the Dead and his hellish underworld! I enjoy this kind of dark fairy tale, and while Spellbreaker doesn’t have the budget to fully develop its world, they do a great job given the resources they had. They even venture into the underworld itself, making for a fantastic third act that makes up for the meandering that the film does sometimes in the first two-thirds.

But to be honest, my relative disinterest in parts of the first two-thirds could be because I watched Spellbreaker fairly close to the original. They both hit a lot of similar beats with the leprechauns and the fairies, on top of the rather obvious plot that holds the film together. It’s still a charming jaunt around Fairy Hill, I just would’ve enjoyed more character and originality. I’m sure the film’s target audience of kids will have no issues if they liked the first one, though. I can usually shut my brain off to watch these Moonbeam films, but sometimes they get the best of me and my adult brain just won’t accept the contents. 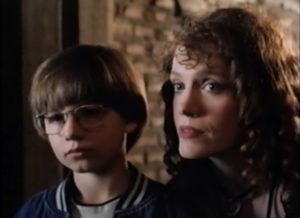 Spellbreaker: Secret of the Leprechauns is a nice sequel to Leapin’ Leprechauns! that brings together most of the original cast for another adventure. This time the film stays in Ireland, so we do see more of the fairy folks dwellings and the like. It’s another film that’s currently lost in VHS oblivion, so if you’re interested prepare to hunt for it in thrift stores (or eBay if you’re more the Internet shopper type).

Next time I get around to a Full Moon movie I’ll be checking out the tangentially related to Full Moon film, The Brotherhood IV: The Complex! Let’s hope it’s more like the first two than the last one! See ya then!