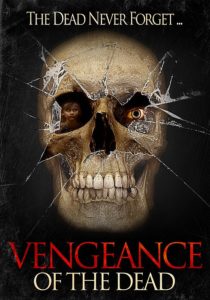 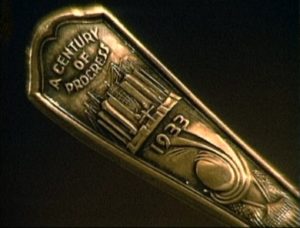 As a low-budget film, Vengeance of the Dead is commendable for actually attempting to craft a good movie out of its limited resources. There is a deliberate, slow build to the film, similar to the sleepwalking pace of the film’s lead. The rural setting and the atmosphere really come together to create a spooky world for the film to work with, and with the building tension it’s an effective little movie. This slowness is also one of the film’s weak points, though, as there are sections through the middle that just aren’t that engaging. Each time the lead sleepwalks, the circumstances change some, but they are all similar enough that after the first couple it’s gotten a bit tired. As each scene progresses, they reveal small flashes of the back story along with it, which is a great idea, but there simply isn’t enough there to fully capture the mind.

While the story might sag a bit, the directors earn lots of points for choosing a much more visual approach to the storytelling than is usual for low-budget films. Much, if not all, of the back story is told to us through dialogue-free, sepia-toned flashbacks that at times evoke the slightly sped-up quality of a silent film. It’s a good idea, and it effectively communicates the age and the story of the flashback, but like I mentioned before, it’s not especially riveting. It’s full of potential and indicative of budding artistic minds, but it’s just shy of something I’d call good. 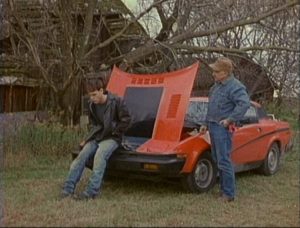 Regardless of the little issues, it’s that potential that shines throughout Vengeance of the Dead. It’s artistic expression in a raw form, and it’s endlessly more fascinating to me than whatever the committees are churning out for the masses these days (or back in 2001). After seeing the film, J.R. Bookwalter hired Don Adams & Harry James Picardi to work for him at Full Moon in various capacities, and that’s the type of story that brings a smile to my face. Their next film, Jigsaw, is an improvement on every level, and one of the better films from this era of Full Moon. Their filmographies after that seem to be a bit patchy, but they did direct one other film, 2010’s Dozers. Based on my enjoyment of their Full Moon films, I’ll have to track that one down. I should also mention that the DVD for Vengeance of the Dead features a ton of extra features on the pair, from local news stories to short films.

Recommended to anyone who’s ever tried to make a horror film, or those that enjoy exploring the roots of homegrown art.

Next time I get around to a Full Moon movie I’ll be watching the Moonbeam film Pet Shop! See ya then!