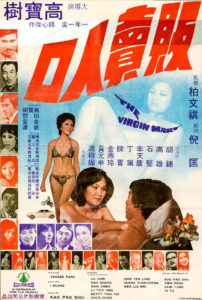 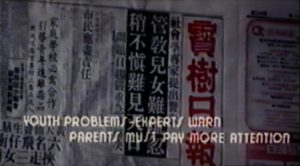 What I really had a hard time wrapping my brain around is that this meandering script is credited to the prolific and very talented Ni Kuang. I kept looking for a thread of the social commentary present in his Shaw films, specifically something like River of Fury or any number of his scripts with Chang Cheh, but I consistently came back with nothing. There’s a small hint towards the beginning, as we’re shown a newspaper headline declaring that parents should be watching their children more closely due to the rise of human trafficking in the region, but after that there’s little else. It’s just simple “point A to point B” kind of stuff, and while some of that is entertaining, it’s just not up to the level of quality I’ve come to expect from Ni Kuang.

The film is also a disappointment because I had built up so much personal hype around the film’s directer, Kao Pao-Shu. She is the only female martial arts director that I’m aware of during this era, and the first film I saw from her, Lady with a Sword, is a great piece of work. It handles its female heroines in a much different light than other wuxias, and I was very hopeful about seeing more great work from her. Well, it might be out there, but The Virgin Mart is definitely not it. There’s some great framing and cinematography throughout, though, apparent even through the layers of distortion and blurred colors from my copy’s multiple VHS generations. This renews my hope that Kao has some great hidden gems in her filmography, so I’ll continue to explore. 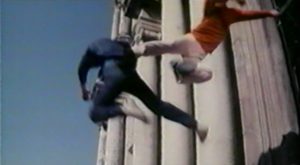 Taken simply as a martial arts film, The Virgin Mart fares better. The fights are never good enough to be memorable or unique, but they are well-choreographed and fun to watch in the moment. There are flashes of the intricacy that would later define the genre, and Wong Yuen-San is a capable performer with some nice kicking skills. The always dependable Sek Kin is great as well, but unfortunately he doesn’t get to do too much. Eddy Ko Hung also gets in on the action late in the film to provide a worthy finale.

The choreography was handled by Chan Siu-Pang & Cliff Lok. Chan worked in this capacity on almost 60 films, so he’s no slouch, and together with Lok they worked on a few Joseph Kuo films such as The 18 Bronzemen and The Shaolin Kids. Lok was more of an actor, appearing in a whole mess of early Shaw wuxias, but he was also a capable martial artist who, according to his bio on the HKMDB, “can break a man’s finger with his stomach.” Don’t try it at home, kiddos! Anyway, what struck me about their work is that the ideas present (specifically in terms of how stunts are integrated) are very similar to the kinds of ambitious things that Hong Kong would become known for in the 1980s. If this movie was made just a few years later, it really could’ve been something. As it is, it’s interesting to see the same kind of spirit at work within a less conducive environment. 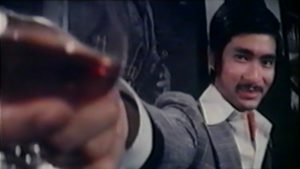 As is often the case when looking back at 42-year-old box office hits, I’m at something of a loss to understand how a film like The Virgin Mart outpaced a formative, incredible film like Heroes Two. Watching the film does provide some extra context to my Shaw series, though, as the Shaw studio had yet to fully embrace this style of totally on-location filmmaking. Regardless of film quality, The Virgin Mart exhibits a much different, real-world feel that the studio-bound Shaw films never quite capture. This carries over into its martial arts and stunt work, too, giving The Virgin Mart an edge that even a great film like Heroes Two lacks. Context aside, though, The Virgin Mart isn’t that good, and I wouldn’t recommend tracking it down unless you’re a hopeless completionist/amateur film historian like me.

I’ll leave you with my favorite moment in the film, a line of dialogue that made me glad that the only available copy of this film is dubbed in English.

“You tell that shithead boss of yours that next time we’ll go after his fat ass!”

Next up in this chronological journey through the Shaw Brothers Martial Arts catalog is Chang Cheh’s next Shaolin cycle film: Shaolin Martial Arts! See ya then!