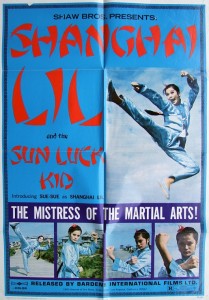 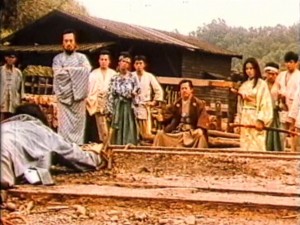 You may have seen that Shaw star Shih Szu graces the film’s poster rather prominently, but for some reason she is absent in my description of the film’s basic setup. This is another of those cases when filmmakers use a star’s drawing power despite the star having a limited role in the film. Shih Szu does have some fights in the film, but her character is really poorly connected to the narrative. She apparently swore an oath to look after Tei Pao, but there’s never any reason given as to why this is, nor does it really matter. It’s just some bullshit reason to have Shih Szu “care” about the conflict between the brothers.

I guess the filmmakers tired of keeping up this boring and paper-thin storyline, so about two-thirds of the way through, they just throw it all out and turn the movie into a full-on Chinese vs. Japanese film. It doesn’t come completely out of left field — the Japanese characters were in the film since the start, and they had been playing both sides to their benefit — but it is a rather hard shift. If nothing else, this added some over-the-top fun that had lacked up to this point, but it still feels like they kind of gave up trying to create any real tension or build on the familial struggle. They were failing at both, so I didn’t particularly mind, to be honest. I was more disappointed that the repeatedly mentioned Russians (which Tei Pao had teamed up with to take over the town), never appeared in the film. I had hoped that they would be the Harry Lime of this movie — showing up in the third act to great fanfare — but alas this is yet another time where my imaginative expectations let me down. 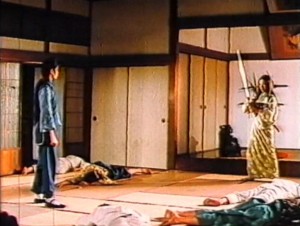 Martial arts films with poor storylines are nothing new, though, and thankfully The Champion has a lot of fights to make up for this. Not nearly enough to make anyone forget its story issues, but they do consistently entertain. Hsieh Hsing handled the choreography here, and for the most part the fights are pretty well-done. The highlights come when Chin Han and Lung Fei have a one-on-one brawl, and when Shih Szu faces the female samurai played by Lee Wai. Hsieh later went on to work with Chang Cheh on a number of films in the mid-’70s — things like Shaolin Temple, 7 Man Army, Shaolin Avengers, etc) — but in The Champion his work doesn’t show too much of a spark.

Part of the problem is that the story dictates that Chin Han loses the ability to use his hands, forcing him to strengthen his feet. Chin Han is not a very good kicker, especially coming at the film from the future when we’re already well aware of how great the kicks of a true master (like Hwang Jang-Lee, Dorian Tan Tao-Liang or Yuen Biao) can look on-screen. As such, Chin Han’s kicks look pretty darned weak, but yet we’re supposed to believe he can leave deep imprints of his feet in the strong wood he’s training with. Whatever. Chin Han looked his best in the film when the choreography had him fairly motionless against a group of attackers, each coming at him in turn. He stands his ground in something similar to a horse stance, deflecting their blows with the deft ease of the best Aikido practitioners (except he would often return a blow instead of simply deflecting). I would’ve rather seen this accentuated in the finale instead of trying to elevate Chin Han into a super-kicker through editing and weird angles. Again… whatever.

Even despite my issues with The Champion, I did enjoy it. It’s far from a great film, but it will entertain if you detach your brain and just soak it in. Although, in this day and age when access to hundreds, or even thousands, of much, much higher quality martial arts pictures are but a click or two away, I don’t know why you’d bother with this one.

Next up in this chronological journey through the Shaw Brothers Martial Arts catalog is Shen Chiang’s Call to Arms! See ya then! (Hopefully sooner rather than later.)