I saw less Shaw Brothers films in 2014 than I intended to, but the ones I did see were largely very impressive. One of the best was Cheng Kang’s large-scale epic The 14 Amazons. Based on the Generals of the Yang family group of stories that have been passed down through Chinese culture since as early as the 11th century, The 14 Amazons relates the story of how the Yang family widows and their teenage grandson went into battle to defend the western Song borders. It’s got everything you could want in a war adventure film… and more (like the human bridge)! Highly recommended!

Even though Oldboy is relatively new in comparison to the other movies on this list, it was one of those that I was most shameful about not having seen yet. And boy am I glad I finally sat down to watch it! It’s a stunning film that twists and turns its way to an outstanding finale that refuses to be forgotten. Suddenly all those praiseful conversations that made me feel shame in my Oldboy ignorance made sense. There are a lot of films that get branded with the “Modern Classic” label, but Oldboy is one that is truly deserving of the title. If you can, do your best to see the film unspoiled and knowing as little as possible! You’ll be glad you did. 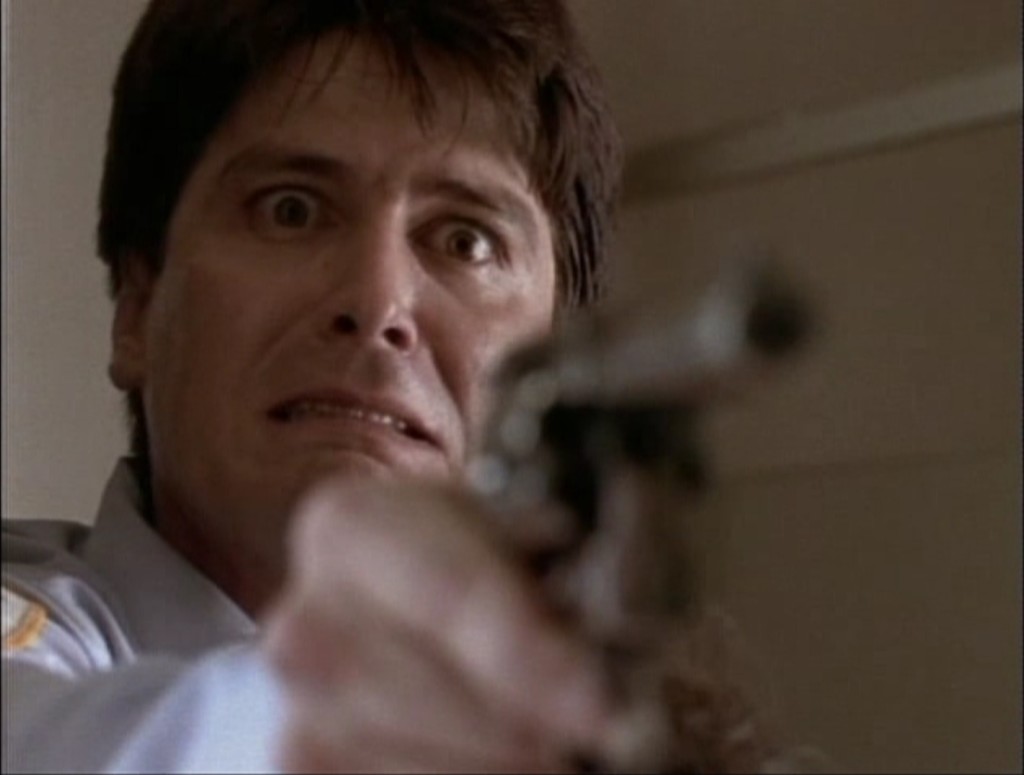 Hahahaha, this fuckin’ movie. Zarkorr! The Invader is hilariously bad to the point of being the perfect fodder for midnight screenings and comedic commentaries. Many would simply write off Zarkorr! The Invader as a low-budget kaiju movie, but I found that it perfectly struck the balance between intentional humor (asking a mediocre postal worker to save the world from a gigantic kaiju monster who exploded out of a mountain) and unintentional humor (the ridiculous amount of facial muscles used in nearly every scene to convey every emotion to the highest degree). Between the two extremes, there was very little time in Zarkorr! The Invader when I wasn’t laughing or smiling with juvenile glee. It’s the kind of movie that re-affirms why I keep comin’ back to the B-Movie altar, and if I do anything on this site, I hope to at least convince one or two people to lighten up about film and enjoy the hell out of a dumbass movie like this.

Intimate Confessions of a Chinese Courtesan is the film to show someone who thinks that Shaw Brothers films are just dumb B-Movies. The film — originally titled Ainu after the main character — takes an average revenge story and infuses it with an edgy, dazzling artfulness as it merges multiple genres into a cohesive, beautiful whole. For years martial arts fans have been well aware of Chor Yuen’s incredible talents as a director (both in and out of that genre), but it’s time for everyone to know what’s up! There’s no reason Intimate Confessions of a Chinese Courtesan shouldn’t be in the conversation about classic world cinema, but things like the film’s seemingly exploitative English title and a character thrusting their arm through another’s torso has a way of turning some people off. Their loss.

I feel so shameful that it took me this long to finally see Invasion of the Body Snatchers. As I explained in the review, I couldn’t imagine the film would be all that exciting because I already knew about the plot in depth, but I was soooooo wrong. Invasion of the Body Snatchers is a classic in the truest sense; it is a supremely well-made movie that takes a far-fetched science fiction premise and makes it believable and terrifying. Special mention must also be made for Philip Kaufman’s 1978 remake. It is a nearly perfect remake, utilizing and modernizing aspects of the original to create a film both reverential and completely its own thing. I prefer the original, but you really can’t go wrong with either version.

#5 Revolutionary Girl Utena: The Movie (1999)
Directed by Kunihiko Ikuhara
Reviewed by Stephen May 1, 2013 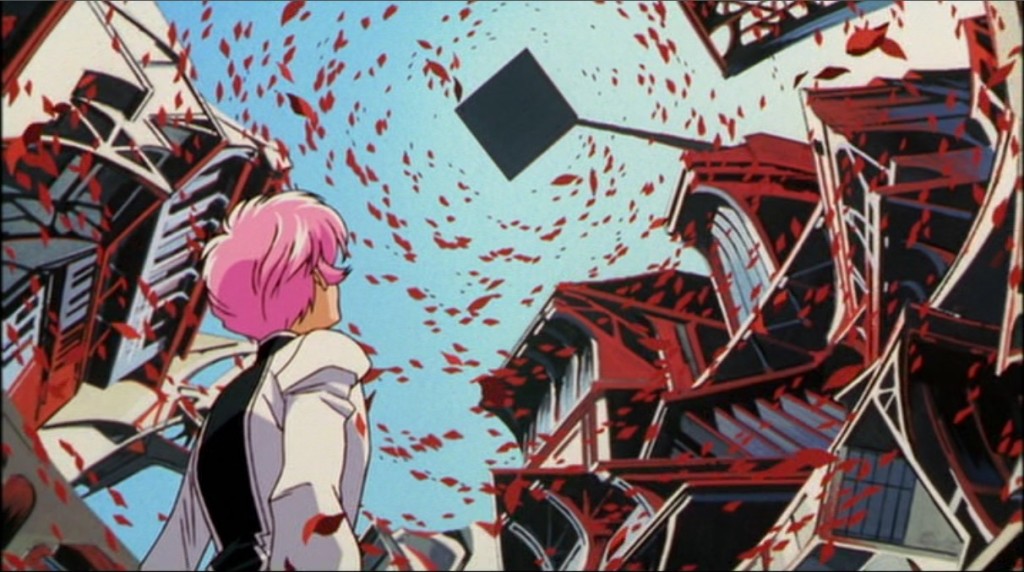 2014 was a year of many changes for me, both in my entertainment consumption and in my personal life. One of these major shifts was my long-time-coming acceptance of anime as a favorite medium. I had seen many varied anime films over the years, but after watching my first series (Attack on Titan) I was blown away and hungry for more. I have since consumed many more series and have been slowly working my way through the films that Stephen has previously reviewed for this site. One of these films was Revolutionary Girl Utena: The Movie, and not only is it a 2014 favorite, it’s probably my favorite anime film I’ve seen. Utena is a visual feast from beginning to end, intensely imaginative and artful at every turn. I don’t have much else to say about it… just see it!

Like Intimate Confessions of a Chinese Courtesan, Dragon Inn is another Chinese-language film that deserves to be talked about and doted on. One of the most influential martial arts films of all time, Dragon Inn was director King Hu’s first film after the equally influential and important Come Drink With Me (for the Shaw Brothers studio). Dragon Inn, with its focus on location shooting and building incredible tension between the characters, is easily the better film, even with a budget that was probably much lower than that of the average Shaw film at the time. The martial arts sequences are far beyond what was usual for the era, too, crafting exciting battles primarily through camerawork and editing to great success. It’s a shame Dragon Inn doesn’t get the respect it deserves from the overall film community; surely if the Criterion Collection can contain nearly 50 Samurai films they can include one highly influential Chinese martial arts title (or 50 😛 ). 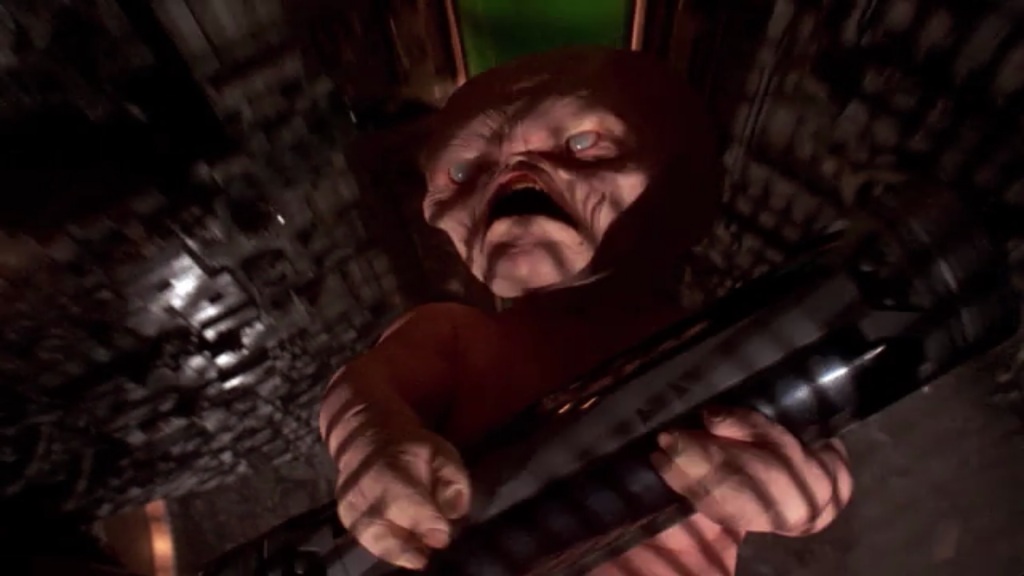 In terms of sheer fun, Night of the Creeps ranks right up there with the best that the horror comedy genre has to offer. It’s an ambitious film that easily could’ve been “one that got away,” but amazingly Night of the Creeps is able to flawlessly deliver the goods on all accounts. But it was a flop upon its initial release, so clearly the film isn’t for everyone, although I’ll say that if you aren’t entertained by this film you have no sense of fun and it’s very possible you’re a pod person. Fight your alien overlords and check this one out!

I’ve been very strict with myself while reviewing films for my chronological Shaw Brothers series, purposefully avoiding later films from the studio in an effort to “remain pure.” I do this so I can see the films against their contemporaries and not judge them unfairly against later standards. But when your local arthouse decides to throw Bastard Swordsman on the screen in 35mm, you best believe I’m gonna get my ass down there! I knew going in that it was one of RZA’s favorite Shaw films, and that’s where my knowledge of the film ended. So for the next 90 minutes Bastard Swordsman exploded my kung-fu-lovin’ mind in ways I didn’t know were possible. One of the most insane and enjoyable wuxia films I’ve ever seen, Bastard Swordsman deserves a place on your viewing queue whether you’re a martial arts fan or not. 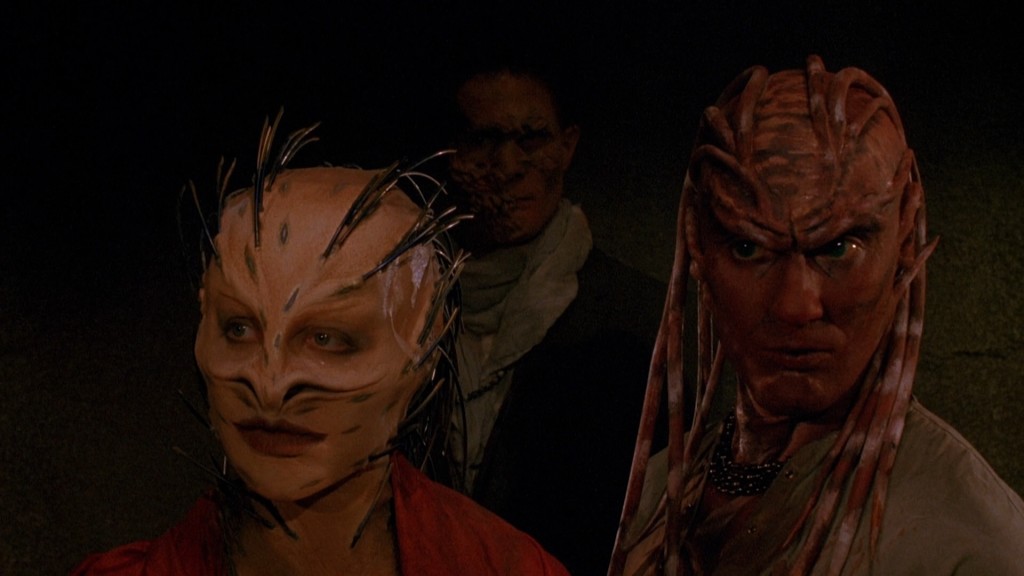 My greatest entertainment discovery of 2014 was how much I love the work of Clive Barker. A few years back I read all six volumes of The Books of Blood (Barker’s first published works), and I was instantly hooked. I’ve continued reading through his stuff in chronological order (as I like to do, doncha know) and in 2014 I ended up reading three absolutely incredible books of his: Weaveworld (a book crying out for an R-rated TV show adaptation), Cabal (the basis for Nightbreed) and The Great and Secret Show (a book crying out even more for an R-rated TV show adaptation). Anyway, reading Cabal spurred me on to finally check out Nightbreed and I was blown away. The novel feels almost unfilmable, as the plot is strange and non-traditional, but Barker adapted his own book perfectly. And that’s what I thought when I watched the butchered-by-the-studio theatrical version! Towards the end of the year, Barker’s Director’s Cut was released on DVD/Blu-ray by Scream Factory, and it improves the film in subtle but very meaningful ways. If you never liked Nightbreed, the new cut still won’t do anything for you, but for those outcasts searching for a place where they can fit in, Nightbreed is now better and more emotionally resonant than ever.

What were your favorite discoveries in 2014?