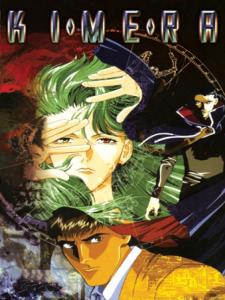 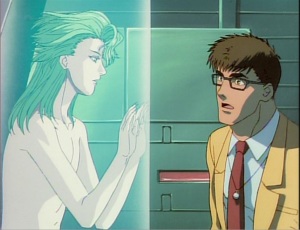 But what about that horror aspect? Yeah, it’s easy to forget, but it’s there. When you break it down, it’s pretty typical stuff. The story begins with some spaceships crashing on Earth and being investigated by top-secret government scientists. Then, of course, a couple of regular guys blunder into the mess. One of them named Osamu becomes obsessed with the alluring green-haired woman who looks like a man, and decides to set her free. Unfortunately, she’s a vampire whose sole purpose in life is to reproduce, and by doing so she will supposedly bring about the end of humanity.

Kimera herself does nothing to alleviate these fears either, as she spends the entire film acting like a zombie alternately out for blood or sex. There are also two more aliens running around and tearing things up. One of them is out for revenge against humanity, and the other is out to protect humanity. There’s also some subplot about Kimera’s past when she actually had a mind. I would explain a bit more, but I’ve already spoiled about half of the plot as it is. Besides, there’s really not much more to explain. This is the point at which the movie simply runs out of room and stops providing any more information. 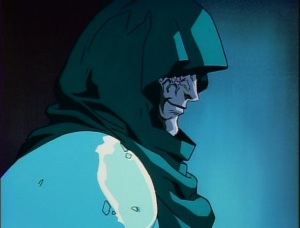 What turned Kimera into a mindless sex addict is left completely unexplained, as is whatever motives the good alien has for trying to protect humans. It’s all left hanging, and there’s some rather sizable plot holes lurking around if you actually try to think about it.  Osamu’s “romance” with Kimera is equally one-dimensional, having nothing beyond basic infatuation. Instead we get a hefty dollop of monster action that has to make up for the lack of coherence. The action is nothing spectacular, though. About all that can be said for it is that it keeps the film from becoming dull, which would have been even worse than not making any sense.

The film has a lot of room for improvement, but I suppose if you’re in the market for stories about sexy hermaphroditic vampires bringing on the apocalypse you don’t have a whole lot of options. A few good explanations could have really helped out here, but considering the action and animation are also rather lackluster, it was probably a lost cause to begin with. Kimera isn’t a horrible way to kill some time, but there are also plenty of better options out there.