At the beginning of my ’80s Jackie list, I made a claim about how the ’80s were easily Jackie’s best decade. After watching all the ’90s stuff, though, I don’t know if I can definitively say that. Both decades offer phenomenal work from Jackie and his incredible stunt team, and each decade’s films are unique and engaging for different reasons. Where the ’80s saw Jackie defining his iconic style, the ’90s saw him take that style and push it forward in incredible ways. It’s a “Godfather or Godfather II” situation, for sure. But no matter which decade you prefer, we’re all winners because we get to watch them all!

I’m pretty surprised to make this list with First Strike all the way down at the #10 spot. This was always a go-to favorite when I was a teenager, and the ladder fight is one of the most fun fight sequences in the history of film. The action is still as great as ever, but the rest of the movie is far from great. It all evens out to make for an entertaining movie, but as a complete package it just can’t stand up to the other films on this list. Hahahaha, that’s not exactly the kind of ringing endorsement I try to write for these lists, but that’s all you’re getting! But if you love Jackie and you haven’t seen it, don’t be dissuaded by my jaded paragraph!

Re-watching Mr. Nice Guy was a highlight of writing the Jackie reviews. I hadn’t seen it since I was a teenager, and for whatever reason my only recollection of it was that I “didn’t really like it.” Watching it again reminded me of the absolutely incredible fight at the construction site, easily one of the most re-watched fights of my teens. How could I have forgotten this? The rest of the movie is thin on story, but it moves at a great pace and it’s full of spectacular action (plus a wonderful cameo from Sammo Hung). Definitely worth your time!

Similarly to my memory of Mr. Nice Guy, I only remembered my vague, teenage disappointment with Who Am I? before re-watching it. To be honest, I don’t know what the hell younger me was thinking, because Who Am I? is such a great movie, full of incredible Jackie action. I mean, how did I watch that end fight and not lose my mind endlessly re-watching it? It’s without a doubt one of Jackie’s best fights, and that’s not even taking into consideration how dangerous they made it by staging it on the rooftop of a high-rise building and almost sending Jackie over the edge multiple times! Seriously, Who Am I? is a great film that deserves a much better reputation than I ever gave it credit for.

Supercop was the second Jackie Chan film I saw (during its initial US release), and it obliterated what was left of my mind after seeing Rumble in the Bronx. There was no going back to traditional American action films after that point for me; the seeds of Hong Kong had been sown and that was that. For the most part, Supercop is still every bit as amazing as it was that first time. The action stands tall, with grand and iconic moments throughout its runtime. The addition of Michelle Yeoh to the basic Jackie formula really pushes the film over the edge, as she is able to hold her own in both the fights and the stuntwork. Supercop will have you on the edge of your seat… I guarantee it!

My placement of The Twin Dragons here is probably the first “controversial” choice of the list. It seems like a lot of people don’t like this one, and to be honest I didn’t really care much for it in my youth. But re-watching it, I found it to be one of Jackie’s funniest and well-rounded movies of the ’90s. There are an incredible amount of cameos from all kinds of people in the Hong Kong film industry, and being able to recognize many of these people made the film play so much better than it ever had before. The fight in the car factory is great, too… plus the film boasts two Jackies! Can’t argue with that.

Rumble in the Bronx is the movie that started my Hong Kong obsession and it’s still a damn fine film. The fight in the gangsters’ den remains one of the most inventive and entertaining pieces of choreography to ever grace the screen. I defy anyone to watch that fight and not be amazed with Jackie’s skill and abilities. The movie does carry a pretty thick ’90s vibe that will turn off a lot of modern viewers, but this is also what endears the film to me. It exists as more than just a fun action film, it’s like a window back into my youth. 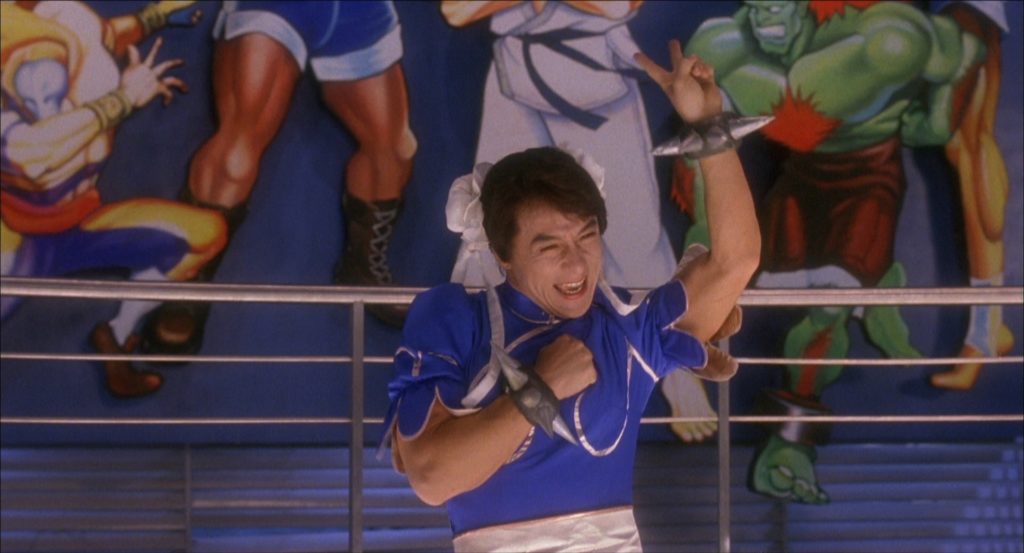 Next from the “controversial” pick department: Wong Jing’s City Hunter! This was another film that I thought was “just OK” in my teen years, but re-watching it gave me a whole new appreciation of the film’s creativity, comedy and unique flavor. It brings the general style of anime and its storytelling sense to vivid life. Pulling off this transition is no small feat, and the skill of director Wong Jing to bring together a production this difficult to such fully realized results is really something to see. The film is also relentlessly funny while doing it. It’s also the epitome of a movie that’s not for everyone. I loved it, though, and I think it’s far better than many give it credit for. 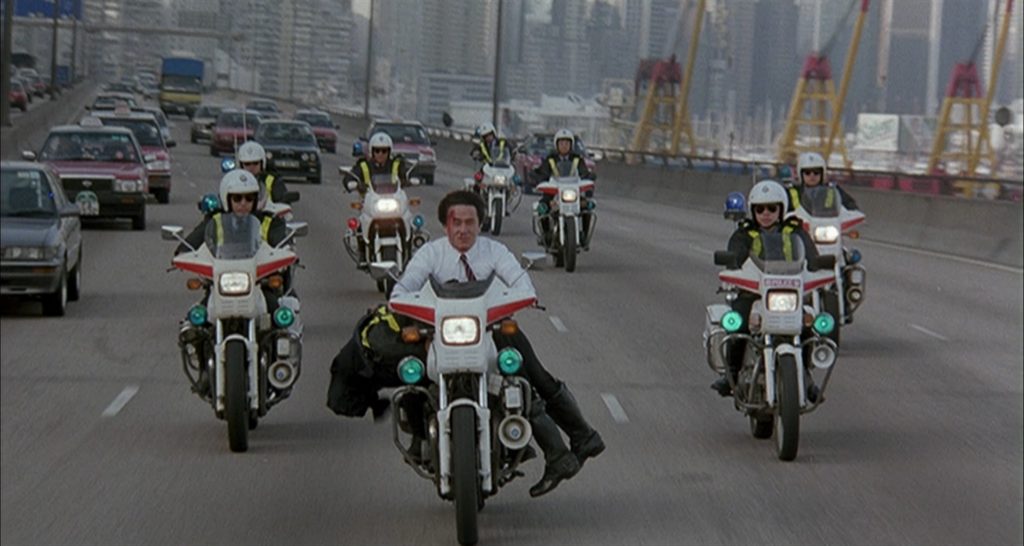 For my final “controversial” choice, I select Kirk Wong’s Crime Story! I watched this as a teen, I liked it well enough, but to be honest I don’t think I watched it more than once. I didn’t see the sense in watching something starring Jackie that was more focused on drama than action, especially when I could just re-watch Drunken Master II again. 🙂 That being said, I was always quick to bring up Crime Story to anyone who tried to tell me Jackie wasn’t much of an actor. Hahahaha! Anyway, Crime Story blew me away upon re-watching it. Not only is it a taut, effective, well-directed thriller, it has some great action sprinkled around, too. I’ve been meaning to watch some more Kirk Wong movies ever since I reviewed this one, but I have yet to get to them (despite collecting a few in the intervening months). If you’re willing to accept Jackie in something a little different than usual, Crime Story is a great film.

The Armour of God films have always held a special place in my heart, thanks to their adventure leanings and incredible action. Operation Condor also represents the pinnacle of Jackie’s directing career, and I like to interpret the fact that Jackie only directed three movies in the following 25 years (and counting) as evidence that Jackie agrees with me. Throughout the ’80s, Jackie worked to refine his directorial instincts and his personal style of action. Operation Condor was his first film released in the ’90s, and it takes the directorial sophistication of Miracles and melds it together with the genre-defining, groundbreaking action he’d become known for providing, resulting in a very well-made film with truly exceptional action.

Was there ever a question that Drunken Master II would top the list? If you don’t agree, then you better watch it again! Hahahaha, but really, Drunken Master II is not just a flawless martial arts film or one of Jackie’s best, it’s one of the greatest films to ever come out of Hong Kong. It pays a wonderful homage to the days gone by at the Shaw Brothers studio, while also taking a step into the future with Jackie’s stupendously choreographed end fight. This is it, folks. If you watch this, and you still don’t get why martial arts films are great, there ain’t a damn thing for you in the genre.

So those are my picks… what are your favorite 1990s Jackie films?