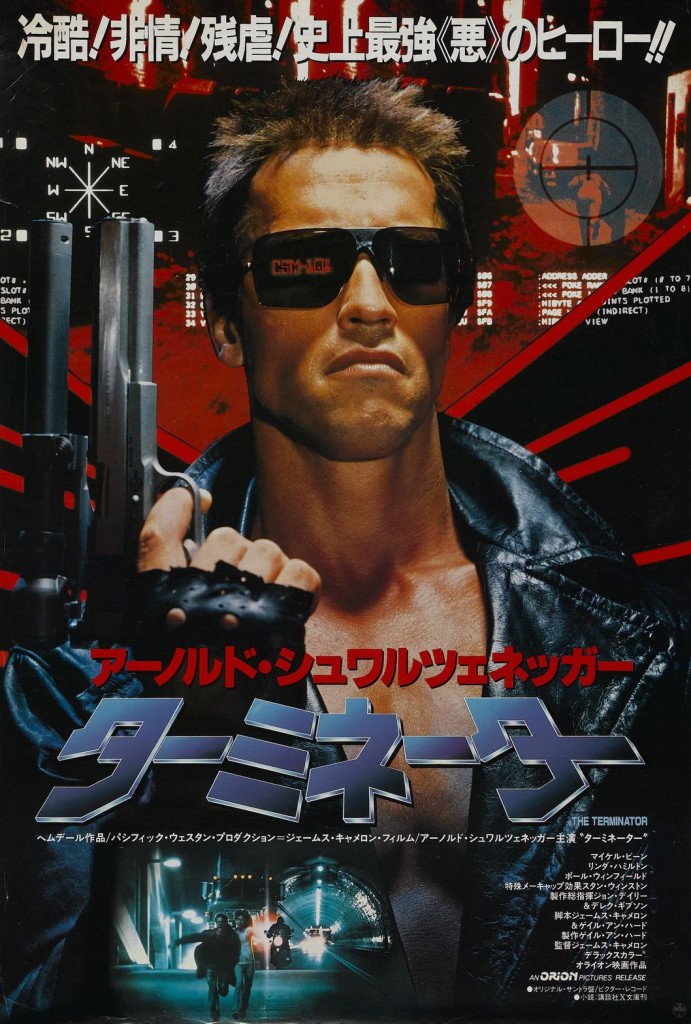 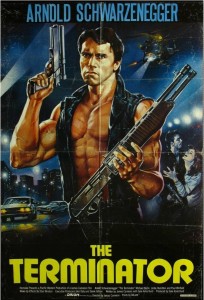 This future scene ends with a bit of quick, world-building text, but it does more to set the tone than it does inform us of the film’s specifics. As the film progresses into the present of 1984, we’re still not really told anything. Arnold drops in next to a hulking beast of a garbage truck, with a fanfare of incredible ’80s lightning as his herald. He arrives in a perfect crouch, the ultimate specimen of the future. Our hero drops in less gracefully, appearing with all the same sound and fury of Arnold’s arrival, but he drops in and lands hard in a crumpled mess on the asphalt below. Without a word, we know that these two men will clash, and when they do, this smaller-framed man is going to have a heck of a fight on his hands if he wants to best Arnold.

This kind of pure visual storytelling continues all the way until about 40 minutes into the movie. It is only at this point that we get some concrete information on who and what these men are, and what exactly is going on. Up until that point, we’ve been kept in the dark; their motives are a mystery. A lot of films frontload exposition, but The Terminator allows us to wonder, to ponder, to revel in the simple action of the moment. So when the exposition does come, we’re drooling for it. Why is this gigantic Germanic man hunting and killing every Sarah Conner in the phone book? It might be hard to forget this kind of knowledge after having it seep into the very fabric of our culture, but by trying to examine the movie as a first-timer might, it reveals just how genius of a movie it really is. Sure, it’s got Arnold, great FX and a lot of good action, but it’s really the story that holds all those elements together. 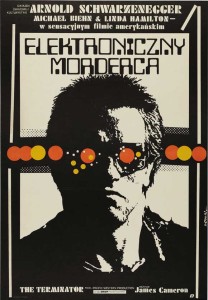 And it’s James Cameron’s direction that takes a story that could have easily been nothing more than just another dumb B-Movie and instead makes it one of the greatest genre films of all time. His ability to show and not tell the story is incredibly honed, and it feels wrong that this is only Cameron’s second feature. He clearly learned a lot from his days with Roger Corman, creating special FX for such films as Battle Beyond the Stars and Galaxy of Terror, and directing the sequel to Joe Dante’s Piranha, Piranha II: The Spawning.

Like Conan the Barbarian, the Terminator character is one that relies more on physical acting than dialogue chops. Arnold melts into the character, becoming the unstoppable Terminator so perfectly that even I have a hard time thinking of this movie as an Arnold film. His personality is completely drained away. He only has a few bits of short dialogue. Arnold doesn’t just play the Terminator, he is the Terminator. I have a suspicion that if this had come out prior to Conan the Barbarian, the world might not have latched onto Arnold in the same way. But after Conan had already brightened his star from the Pumping Iron days, The Terminator offered audiences a chance to see him act in a completely different manner. While scant few will ever be as bold as to call Arnold a great actor, it is exactly that ability that made The Terminator succeed as well as it does. If even a shred of the man inside that cyborg flesh was visible, the illusion would be shattered. But Arnold locked it down and delivered an incredible performance.

The urban, nighttime Los Angeles landscape of the 1980s is captured here in such a way that it also evokes the city’s future prescribed in the introductory scene, with an endlessly dark night sky and glowing, brilliant lights shining down on and around our protagonists. The two future travelers bring the intensity of the future war to 1984 LA, and when the two worlds collide it is violent and messy. When Reese and Sarah first speak to each other, it’s all yelling and high intensity. In this moment, Sarah is not only a character in the scene, but a representation of the innocence and arrogance of the ’80s. Sarah’s transformation over the course of the film, into a character ready for the coming storm is something great to keep an eye on. It’s subtle, but it’s distinct and it’s especially interesting already knowing where the character ends up in T2.

The Terminator is a fantastic piece of independent filmmaking. This is how you do low-budget sci-fi, modern-day filmmakers. Stop it already with the pseudo-sci-fi indie dramas and get crackin’!

Next up in this chronological journey through the films of Arnold Schwarzenegger is Arnold’s as-of-yet final turn as Conan the Barbarian, Red Sonja! See ya then!