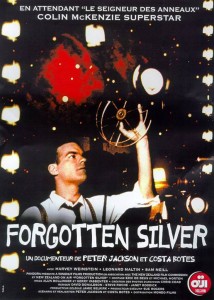 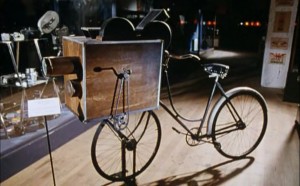 I will add a small disclaimer at this point to say that if you intend to see the film, it would be much more enjoyable to discover its joys for yourself instead of reading my thoughts on them.

The quality of the documentary filming is so well-carried out that it both serves as a fantastic doc and as a perfect straight-faced comedy. The comedic beats are unexpected and hilarious, but it would also be just as easy for a more naive person to buy into it, especially one who isn’t too deep into their love of film. When the film first aired on New Zealand TV (which it was produced for), it supposedly fooled many who saw it. This is a testament to how spot-on McKenzie’s “found” footage (filmed by Peter Jackson) is, perfectly capturing the silent era and even early sound-recording techniques. I kind of said it all in that previous sentence, but the skill to recreate films of the era is quite impressive. In order for the documentary to work, the footage had to be believable as something that was found in a trunk from 90 years ago, and this footage is that to a T. 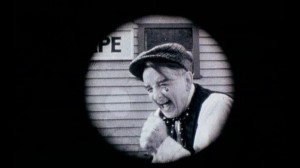 In order to fund his biblical passion project Salome, McKenzie had to pay the bills by directing the films of a silent comedian, Stan the Man. Only thing is: Stan the Man wasn’t that funny. He was a fifth-rate Buster Keaton at best, but during the filming of his first short, a little girl wandered into the frame and told Stan the Man he wasn’t that funny. This was the moment that changed the course of Stan’s (and McKenzie’s) career, as the camera captured Stan hitting the kid in response to her insult. When the film screened for an audience, it was the only moment that received a laugh, so Stan the Man insisted that they were onto something and must include this “violence against the innocent” in all of their films. It became his running gag, and it’s brilliantly funny in the context of the doc. I love a good pie to the face, perhaps more than most people, but to see Stan the Man slap a few into people’s faces and then dance around and mug for the camera is priceless.

The film also boasts notable interviews from people such as Leonard Maltin and Harvey Weinstein, which adds a Hollywood credibility to the film that Jackson alone could not at the time. Jackson is arguably the most believable interviewee, though, telling us about McKenzie’s life and films with true passion and a completely straight face. Especially if you’ve seen him in any of the behind-the-scenes material on the DVDs of his later films, he acts with the same style and it becomes instantly believable.

If you love classic films and fake documentaries, then you’ll love Forgotten Silver. It may be a small footnote in Peter Jackson’s gory, fantastic career, but it’s hilarious and well-worth your time.