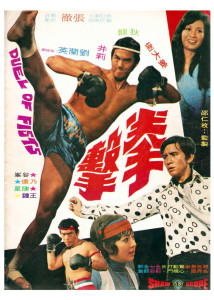 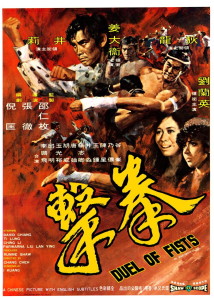 During Chiang’s initial time in Thailand, the film has something of a travelogue-like quality, showing us the sites as he travels around. Eventually he finds himself at the boxing arena, and here the allure of a foreign culture continues to take precedence over story for Chang Cheh. The first Muay Thai match is filmed from the cheap seats, without any flourish to the filmmaking. It simply allows us to take in the battle as an audience member would, also capturing the fighters’ ritualistic praying and dancing prior to the match. This isn’t a real match, though, so some of the illusion is broken when that becomes apparent, but it doesn’t hurt the film too much.

I’m not a practitioner or a scholar of Muay Thai or anything, so I can’t comment on the accuracy of the depiction here, but the movements felt true and I was impressed with how well both Ti Lung and Ku Feng were able to make their fighting look believable. Neither actor looked like they were performing anything close to the kung fu seen in previous Shaw Bros films, which is mighty impressive. We often place our barometer of acting quality on an actor’s ability to convey realistic drama, but this type of psychical acting should not be discredited. At this point it’s probably unnecessary to say, but I don’t think Chang Cheh could have made this film a few years earlier with Jimmy Wang Yu. While I have come to respect and enjoy a good Wang Yu film, he just didn’t have the martial ability necessary to make something like this believable. This also hammers home how different martial arts films had become at the time, just six short years after Temple of the Red Lotus kicked off the modern era of fight films. 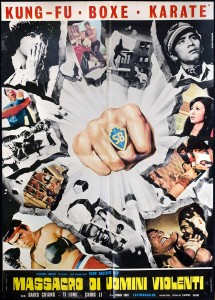 That being said, some of the fights are a bit lame. Even with Tang Chia and Lau Kar-Leung choreographing everything, there’s still more than this movie’s share of boring group battles. It’s especially sad because they managed to create such iconic, impressive group fights in The Duel, so I would have thought that they’d at least be close to that level here. It’s not a big concern because the fights are always fun, but more than a few times they could easily be better. The in-ring fights, though, are a lot more interesting (at least to me). They aren’t going for flashy there either, instead trying to craft realistic, but exciting movie battles that look like real fights. Coupled with the rather static filming of these fights, I think they pulled it off really well. And besides, after so many Shaw films featuring variations on similar kung fu forms, the Muay Thai here was fascinating and a real treat. But that’s me, and I imagine many modern viewers will be bored and fail to see the exotic allure that a lot of Duel of Fists is built upon. After Tony Jaa, it’s a little hard to go back to this, and I totally understand that.

The static in-ring footage is finally pushed to the side for the climactic battle between Ti Lung and Ku Feng. The camera gets inside the ring (at times), and actively tries to deliver both a stunning action sequence and a realistic portrayal of a heart-pounding fight. I don’t think it fully succeeds at this, especially with so many of the blows clearly not hitting the other fighter, but it still works despite the flaws. The choreography here is noticeably more movie-like too, making this one of the most exciting moments in the film.

For Chang Cheh, Duel of Fists is a rather bloodless film, so it’s all the more surprising when David Chiang puts his hand into a dude’s stomach during the finale. Whoa! Didn’t see that coming! Chang also utilizes small bits of editing to recall previous martial feats by Chiang (breaking wooden posts with his hands, etc.), cutting in shots of these feats upon impact to emphasize the hit Chiang just laid down on his opponent. I really loved this technique, and it added a lot of the brutal, wince-inducing “Oh shit!” factor that gouts of blood usually bring, without resorting to those huge gouts of blood. While I’m glad he often chose to go the gory route, I enjoyed the simple and effective artistry of the editing techniques seen in the final fight of Duel of Fists. And besides, if Chang Cheh made this film overly bloody it would have robbed David Chiang’s final, red-tastic costume change of its visceral impact. 🙂

Duel of Fists isn’t as good as it could’ve been, but I still enjoyed the hell out of it. It felt like a good mix between Chang’s previous non-martial arts focused films such as stuff like Dead End, The Singing Killer, or The Anonymous Heroes, and his more well-known, action pictures. It’s also interesting to see how he balances the film between the civilized brutality of the sanctioned ring fighting, and the more traditional Shaw Brothers free-for-all brawls. And no matter if you like this film or not, David Chiang’s wardrobe was just killing it in this movie. If I ever go to Bangkok, I should be so lucky as to walk off the plane with as much style as he had here.

And as a closing note: this is one of those rare Shaw Brothers films with a sequel! So in a couple of months look out for my review of The Angry Guest, which came out just a few months later in 1972!

Next up in this chronological jaunt through the Shaw Brothers Martial Arts catalog is one of the most lazily titled films in the entire Shaw Bros catalog, Kao Pao-Shu’s Lady with a Sword! See ya next week!