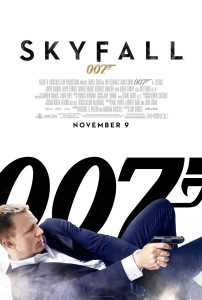 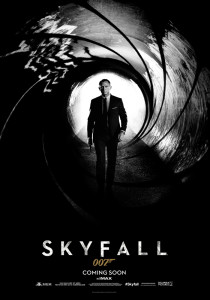 Due to the dual nature that Skyfall has, trying to please fans of all types of Bond films, it also has its share of issues. The only one that really hindered my enjoyment was the length. At nearly 2½ hours, Skyfall is long and feels like it. Its plot isn’t all that complicated, but it does take a while to wind its way around to the main struggle. While many of these early scenes are somewhat interesting in the moment (and offer great cinematography to marvel at), they aren’t particularly engaging, especially when compared to later scenes. I could do without the CG Komodo dragon bullshit, for instance. That being said, they tried that direct approach in Quantum of Solace and look where it got them — one of the worst Bond films of all time (in my book), so maybe I shouldn’t complain.

Especially so, because when Skyfall does get around to the meat of the film, it’s pretty much non-stop awesome. There’s a cat-and-mouse chase that rivals the best filmmaking the Bond series has ever known. It’s so well-constructed that it will make you forget your problems with the slow build of the plot. It’s one of those scenes where you actively root for both the hero and the villain, as every time either one gets a leg up, the audience wins.

The audience also wins with the daring duo of Sam Mendes and Roger Deakins. Together they create one of the best looking Bond films ever. I’ve seen them all, and Skyfall is frequently gorgeous and often stunning. I’ve never been much of a Mendes fan, but I have to say that I’m much more apt to check out the films I missed based solely on the strength of Skyfall. It definitely makes the idea of big name directors getting cracks at Bond films an interesting idea, and I can’t wait to see who they ask to step up to the plate next. Can you imagine a Wes Anderson Bond? An Alexander Payne Bond? A Lloyd Kaufman Bond? Or how ’bout a Von Trier Bond? None of those will ever happen (and I’m just joking around), but Skyfall does open the playing field immensely.

At the end of the day, though, Skyfall is for the fans. If you don’t count yourself among the throng of 007 fans, I doubt that Skyfall will be the film that persuades you into a life of global espionage. But for those that eagerly await each new installment in the longest running film series of all time, Skyfall is a revelation. It manages to go both big and small, crafting a journey that’s exciting as well as emotional. I can’t wait for Bond 24, and if they can’t get Daniel Craig back, maybe they can bring in Macaulay Culkin. 🙂