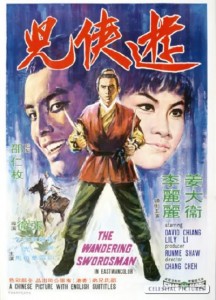 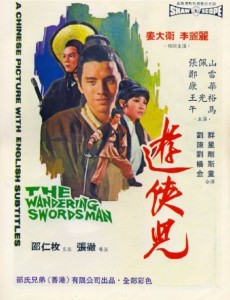 He starts the movie fighting these bandits and helping out the poor. Later in the film he finds himself in a town where many of the men he defeated have sought shelter. He gives chase to them, but is stopped when he runs into Foolproof Kung. All the bandits stand behind him (they are all working together), but Kung is so goddamn persuasive that he makes Chiang think he’s been wrong all along and fighting the wrong guys. Kung then recruits Chiang to help them steal the treasure! And he believes it! What a dumbass! I could not believe it. While this does give the film a story to explore through to its ending, it’s very hard to buy into. While martial arts films aren’t generally known for their stories, this is still the era when story drove the films, and when Chang Cheh and Ni Kuang have teamed up before masterful things have happened. While the story and its execution are unique for the time, the film itself is overlong and much too derivative of other Chang Cheh films for me to truly get excited about it.

The action of The Wandering Swordsman is everything you’d expect from the era, except this film features much more overt wirework than I can remember there being in any previous film. David Chiang swings gracefully across the screen more times than I could count (not that I was counting), not to mention all the slow-motion trampoline jumps and flying horizontally towards someone with sword arms outstretched. It’s not wirework in the sense that we know it today, but it is far more sophisticated and quick here than in prior films. The action scene in the gambling house is especially good, as are the two end battles where David Chiang fights many bandits off with a sword stuck through his torso. And for the record, that happens twice in both of the climactic end battles. The action is all very well filmed, as you’d expect from Chang Cheh, and each bandit has their own signature weapon, but instead of the wild fun of Return of the One-Armed Swordsman it goes a more reserved route, so it never achieves the level of greatness that the individual elements might suggest.

Chiang’s character is a very lighthearted one and so the film reflects that tone. This didn’t exactly feel right to me, but that’s just me so your mileage may vary. After his turn as the hardened badass in Have Sword, Will Travel I expected more of that instead of the wide-grinning aloof hero Wandering Swordsman. Perhaps it was fun to make, and those looking for something different from the straight-laced wuxia film might enjoy it, but I was hoping for more stone-faced Chiang.

But if nothing else, this film should be lauded and triumphed for bringing us one of my favorite martial arts actors of all time: the one, the only, the total badass Bolo Yeung. This was his first film, and he’s only in a small, featured bandit role, but I loved every moment he was on-screen. Even in his youth, he was an awesome, thick-bodied specimen and it makes me smile knowing that the following Shaw Brothers films will be featuring him in varying capacities.

Overall, The Wandering Swordsman is pretty good, if somewhat clichéd and boring. I expect better from Chang Cheh at this point and hopefully his next film, Vengeance! (featuring both Ti Lung and David Chiang), is a better experience. I’ve heard nothing but good things about it.

But let’s not get ahead of ourselves! The next film in this chronological series of the Shaw Brother’s martial arts films is The Winged Tiger from director Shen Chiang!