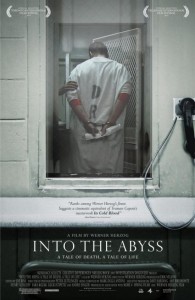 The film is ultimately a case against the death penalty, but it is compiled in such a way that this opinion is never forced or even voiced throughout the film. The interviewees do mention it during the course of some of their answers, but Herzog wisely chooses to forgo his traditional philosophical narration and allow the situations and the interviews to speak for themselves. Both sides are presented subtly, and in such a hard moral issue, it’s a hard one to come down definitely on either side. It’s also important to note for anyone that hasn’t seen a Herzog film before, his documentary style is decidedly non-traditional. Where most journalistic films will focus on a single story, but also bring in an overarching vision of the issue at hand, seeking to change your mind or hold your hand through an issue, Herzog instead presents a much more personal journey through thoughtful, insightful questioning of the interviewees without much in the way of a “big picture.” That’s for you to fill in. 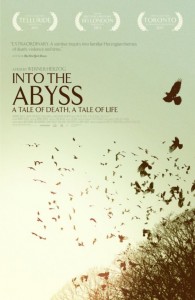 In the case of Michael Perry, he is cocky, self-assured and without remorse up until his last breath. While he doesn’t come off as particularly evil, he’s the perfect example of a person that someone might label, “Deserves to Die.” He represents the need for capital punishment, to stop throwing tax money away on keeping unrepentant assholes alive indefinitely. The other convicted man, Jason Burkett, is the opposite. He comes off as calm, collected and as having dealt with the crimes he committed and done his best to move on. He’s a great example of someone who, at least on the surface, seems like he has been rehabilitated and might be able to function normally. He’s currently serving a life sentence that will end in 2041. Both men committed the crime, and although we are never given the specifics of who killed who (and both men blame the other), one is clearly set up as a “good” guy and the other the “bad” guy. But was this difference in character always there, or did the effect of their sentences change their outlooks on life? In this one case, you have an excellent breakdown of the arguments for and against capital punishment.

It is never quite this black and white during the film, and this is me merely trying to put a finger on Herzog’s intentions, but it does seem to come off that way. To me the film’s heart is Herzog’s feelings that capital punishment is wrong, but he allows this opinion to come through naturally via the interviews with various people surrounding the case. Clearly, Herzog is choosing to feature these people because they give him what he wants, but that shouldn’t come as a surprise. While the film may be presented to the viewer without a distinct opinion, it clearly has one. The greatness of the film is that it never outwardly states this opinion, leaving it open for discussion and dissection afterwards. Whether you’re breaking down how you feel or how you think Herzog feels, the result is the same: you’re talking about the issue and the feelings surrounding it. And at the end of the day it doesn’t matter which side you’re on, I think you’re better for it as long as your intelligently debating and discussing the issue at hand.

I don’t expect a documentary to present me with pure facts. I’m aware that they are films, with editing and selective interviewing, and I think Into the Abyss is one of the more thought-provoking Herzog docs I’ve seen. It’s not fun like the lighter fare of Encounters at the End of the World, or even Grizzly Man, but it’s compelling and quite interesting. There are moments during some of the interviews that might cause some to lose interest or wonder what this has to do with anything. One interview with a friend of Burkett’s brother is one of the main offenders in this regard, but it is these moments of raw humanity that interest me and fascinate me the most. Here’s a random guy from a small town in Texas being interviewed by Werner Herzog. I’m sure the guy doesn’t know who Herzog is, or care, so his answers are completely candid and fresh, nonchalantly talking about an unrelated time when a foot-long screwdriver was stabbed into his side, and then later revealing that he was illiterate until he went to prison. Herzog immediately jumps on this and questions him about how it felt to be illiterate. These moments have no bearing on the film overall (other than tangentially showing the benefits of prison rehabilitation), but they are among my favorites. They are perfect examples of Herzog getting great, real interviews out of random, interesting people, and while I’m tempted to say something about Herzog always finding people with strange stories to tell, I have come to the conclusion that it is part of the human condition to have a strange story to tell. As the ex-prison guard tells us that you have to “live your dash,” the line between your birth and your death on your tombstone, who among us doesn’t have a wild story that happened to us one time or another over the course of living our dash? Some might have more, but perhaps it is just Herzog’s strength as an interviewer to bring it out of everyone he meets.

Into the Abyss will likely bore those not tuned into Herzog’s sparse, slow-moving filmmaking on display here, but for his fans this is yet another fantastic documentary. I fell in love with Herzog because of his thick accent and his wonderfully insightful, philosophical narrations, but I stayed because of his sheer confidence and impressive command of the medium of film. Into the Abyss is a Herzog film where Herzog himself is stripped away from the tale for the most part, and as such it just might be one of his best documentaries. As much as I love his narration, I wondered sometimes if it had become a crutch, but Herzog handily shows here that he has the power to enthrall whether he’s at the forefront of his film or not. Into the Abyss is a great piece of work.