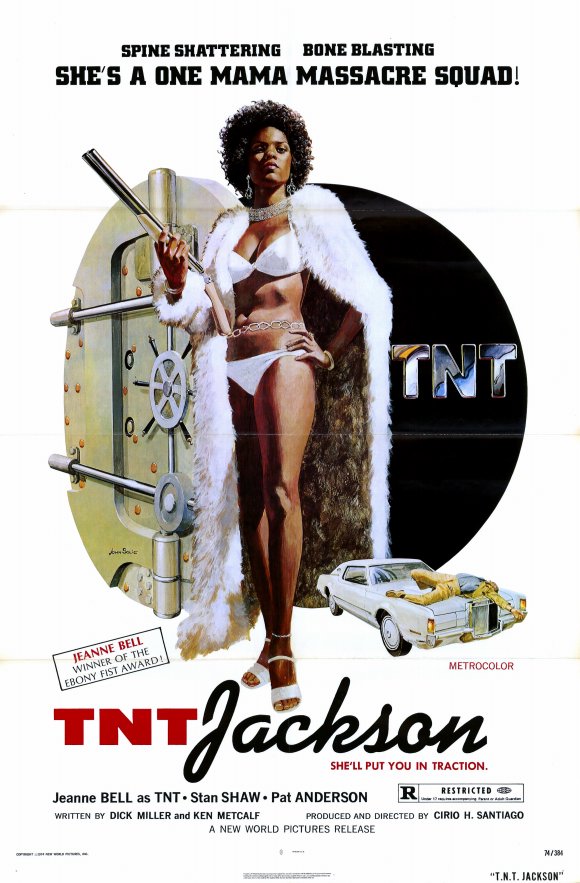 The story is your typical “deadly woman out to get revenge for her brother’s death at the hands of drug dealers” plot that you exploitation fans should all be familiar with now. T.N.T. Jackson touches down on the tarmac in Hong Kong and immediately sets out to her brother’s old stomping grounds, which of course happens to be in the worst part of town. So bad in fact, that the first thing she sees when stepping foot in the area is a bare breasted woman fleeing from a drooling rapist. Within minutes, T.N.T. is already kicking the shit out of a gang wielding balisong knives. The fight is typically slow and clunky as these films usually go, but ends on a high note as T.N.T. breaks some guy’s arm while blood gushes out of his elbow… fantastic cinema! 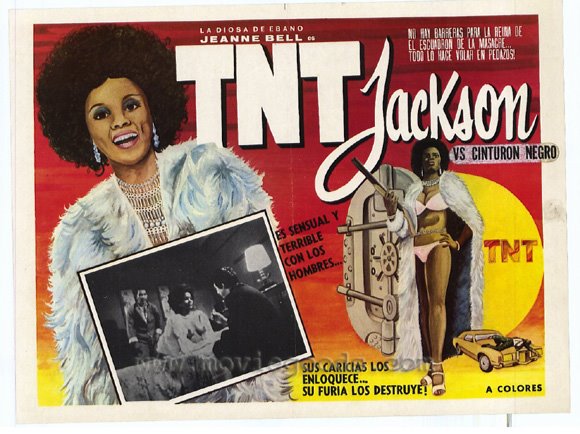 Soon T.N.T. makes it over to her brother’s old residence, a karate dojo named Joe’s Haven. There she meets… Joe. Joe is a resourceful man who seems to have the lowdown on all the town gossip and is also very passionate about hair dressing. Joe agrees to ask around town and causes a major shitstorm when he sparks the ire of the local mob, who were already very nervous about T.N.T.’s presence in the first place. Meeting the mob bosses in a nightclub, she eventually befriends their right hand man, Charlie. When T.N.T. finds out that Charlie is the man responsible for her brother’s death… you know that motherfucker’s gonna have to pay.

Good God… rattling off that plot synopsis really makes this one seem like a dry ride. Take my word for it. It’s much more entertaining than it sounds. The plot is shamelessly ordinary, but this film’s value and bedrock entertainment factor thankfully has very little to do with plot.

Jeannie Bell is a pretty decent heroine. She lacks the sparkling venom of a Pam Grier and comes off as quiet and almost conservative in demeanor in comparison. The softly spoken appearances actually work to her advantage at moments however. When she calmly utters the line “I’m gonna find him and I’m gonna bust the motherfucker to pieces” in that silken voice of hers, it’s genuinely menacing. She’s definitely not hard on the eyes either, watching her parade around the back streets of Hong Kong in those uber-chic outfits of hers never seems to get old, and her topless kung fu fight sequence will almost make you forget any lack of acting ability she has. Titties seem to have that effect on folks. 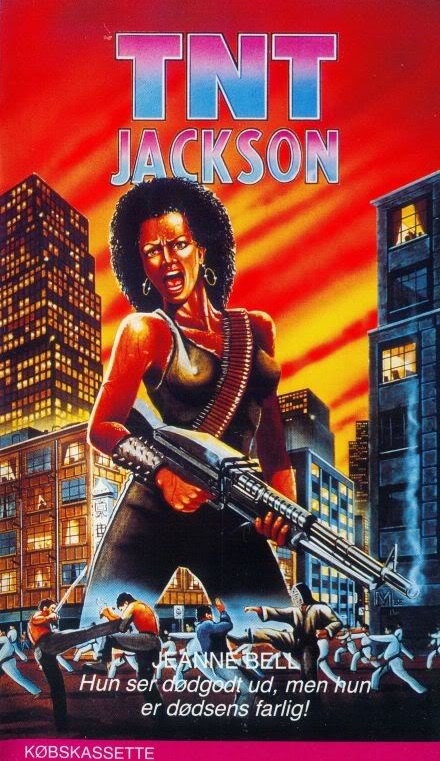 The rest of the cast is pretty good as well, with genuine charisma prevailing over most of the bad acting. Stan Shaw is a likable villain, who even though is ultimately an asshole manages to charm his way into the arms of T.N.T. with smooth talk and plenty of magnetism. To me, the star of the show is the Filipino actor Chiquito, who manages to snowball a lot of ill-managed Chinese misconceptions (like the fact that he is a Filipino portraying a Chinese guy who wears a Japanese karate uniform) into a likeable performance, which gives him more depth than pretty much any other character in the movie. I guess he was a staple of sorts in these New World Philippine co-productions and I’d like to see some more of his work.

For a film with such a tremendous Asian backing, the kung fu fights are pretty lame. Not to say that a movie automatically must have fantastic fight scenes just because Asians are involved, but from my experience with Hong Kong action films, it certainly isn’t a deterrent. I know that blaxploitation kung fu sequences are not well-known for setting the high-water mark in terms of martial arts choreography or anything. But when your most action packed sequence involves Jeannie Bell and her opponent circling each other while waving their hands around slowly like a pair of minimum-wage magicians, you can’t help but cringe a little. Thankfully a few convincing action shots are provided by Jeannie Bell’s stunt-double, whose flips, kicks, and punches sharply contrast with our heroine’s more overtly awkward style.

Sure, it’s not usually regarded one of the greatest blaxploitation films of all time, but there is a lot of fine entertainment here crammed into one convenient, tiny package. You’d be hard pressed to find a better action film with as taut a running time as T.N.T. Jackson.