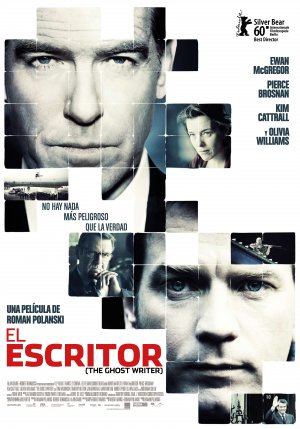 This might all sound fairly intriguing, and it kind of is, but ultimately the film is flawed. The main secret of the film is only somewhat surprising, and what it ultimately suggests is something that is quite obvious and ho-hum to anyone that followed the Bush-era Iraq war with any dedication. In addition to its revelation being a bit flat, the tension throughout the film just isn’t there. There are moments to be sure, but I found myself thinking at these moments, “Oh, this is getting good,” but I never progressed down that line into, “Oh man, yeah!” In a thriller this sort of dot connection is a must, and without it I am left wanting and bored. 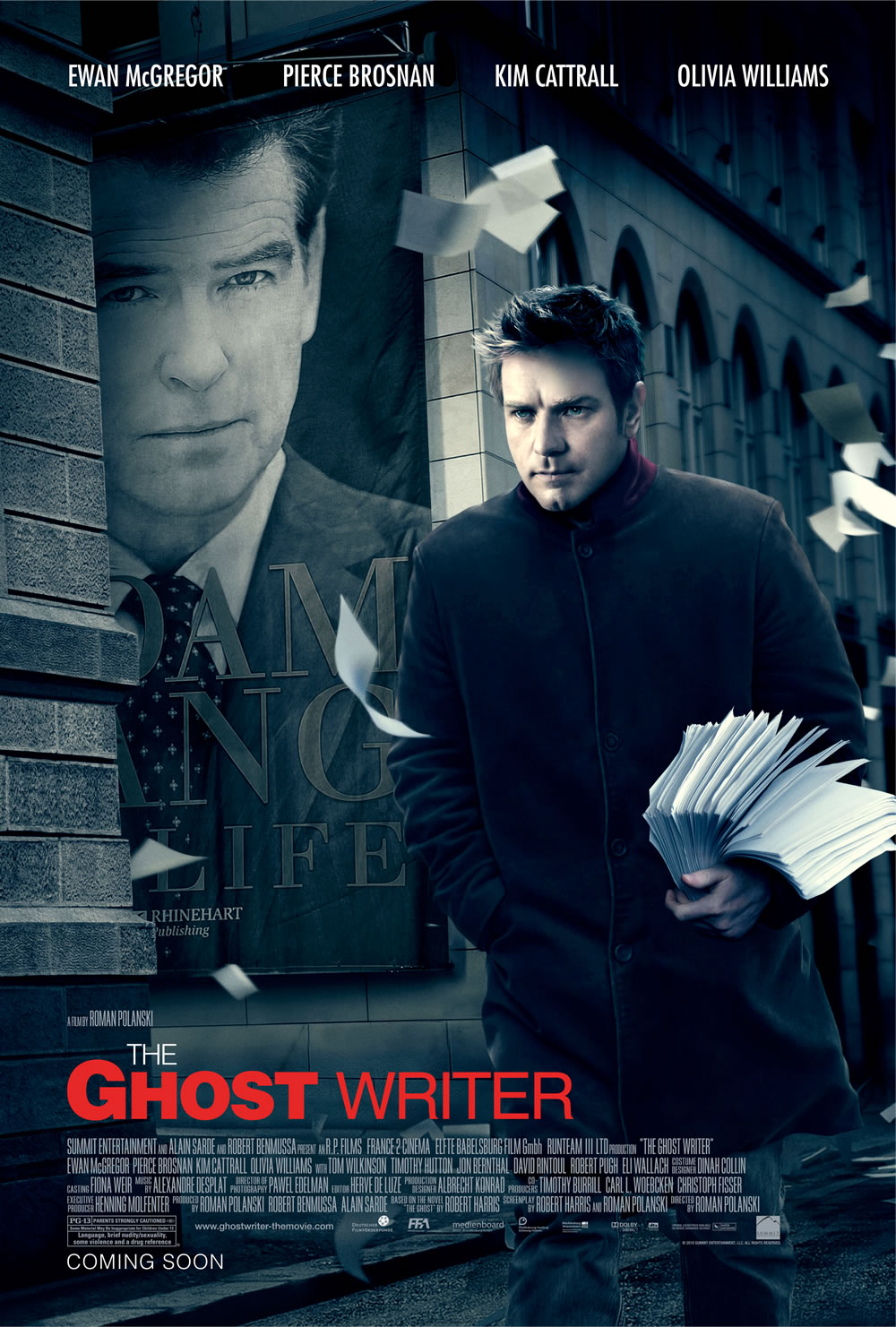 Polanski’s direction for the most part is sure and capable, but beyond that there is little in the way of creative filmmaking or storytelling. Only in the final few minutes does the film ditch the tired mainstream camerawork and venture into the realm of intriguing visuals, with a pretty good ending that is purposefully left with a small question mark as to the exact nature of what just happened. Of course it is all fairly apparent to those paying attention, but I always enjoy slight touches of ambiguity that play to the sophistication and intelligence of the audience. At the same time, there’s a bit of the old “Who gives a shit?” routine going on in my head, so it’s not completely successful, but it is by far my favorite part.

Ewan McGregor is a wise choice for the role of the ghost writer (much better than the original choice Nicolas Cage!), as he has the ability to play his scenes low-key and in a manner that allows for easy connection to the audience. His character is unnamed like any good ghost writer, which makes putting yourself into his position that much simpler. Pierce Brosnan is good but I’ve already forgotten he was in this, and Tom Wilkinson proves why he is continually cast in these types of roles by being utterly convincing in only a few minutes of screen time.

The film features heavy use of foley work to replace a myriad of fucks and other curses with lesser ones, no doubt to secure a PG-13 rating for some reason. Whoever pulled the lever to dumb the movie down to attract teens was barking up the wrong tree. Political thriller isn’t exactly playing to that audience to begin with so the choice makes no sense whatsoever. Honestly, what the fuck? It had me imagining a censored world where only network television versions of films were available and film lovers had to bootleg uncut editions within illegal circuits. Yeah, my mind was wandering. In addition to this, there’s some pretty ballsy use of green-screen to add a window in Lang’s office that overlooks the beach. Sure, it looks pretty and I can understand the desire for it to be there, but is it necessary to have Brosnan lean against it, doing nothing but looking awkward and drawing attention to the obvious trickery. I suppose I shouldn’t harp on it too much, especially as I enjoy a lot of questionable FX work, but it just bothers me when filmmakers don’t use special effects wisely.

I feel bad saying this, but like Lang in the film, Polanski assembles an OK movie, but I’m afraid he needed a ghost writer of his own to pull it all together into something much more. The Ghost Writer is a slow-moving film that isn’t poor, but it’s not much better than middle of the road. Is it worth watching? Not really. Oh, and is it just me or does Lang’s inability to leave the country for fear of being arrested and put to trial ring a little close to home in a Polanski film?