Next was Ken Foree of Dawn of the Dead and From Beyond fame. Ken took a different approach than your typical convention speaker by ditching the typical fanboy Q&A sessions and instead relaying a few personal anecdotes from his career. This seemed to annoy and alienate a few jaded assholes unsatisfied guests, who rudely left the hall in the middle of Ken’s speech. Personally I found it thoroughly entertaining, as Ken is a great speaker who seems like a genuinely fun guy to hang out with and listen to. 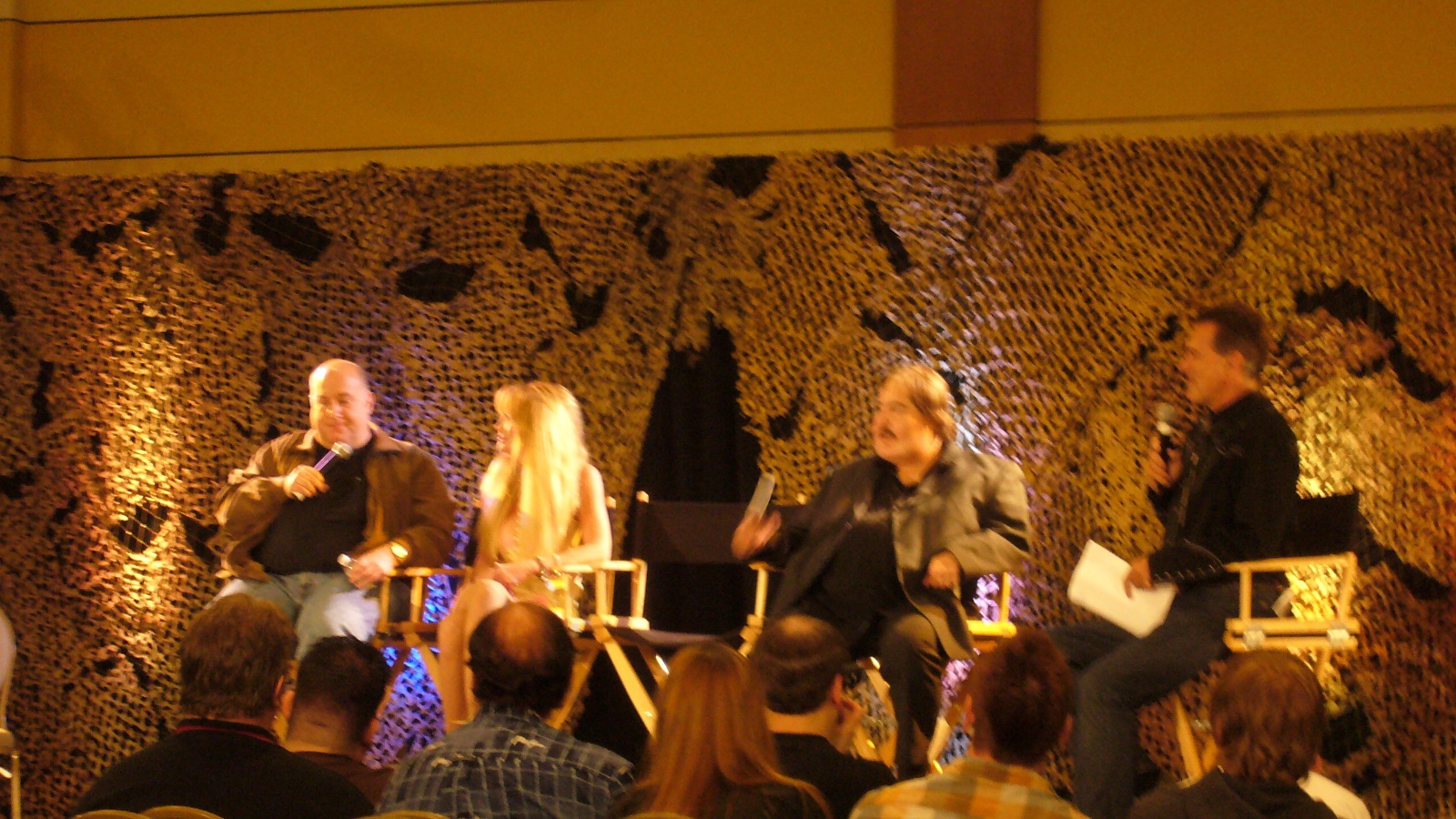 Then we came to what I consider one of my most anticipated events of the evening, the Maniac Cop reunion, which reunited Director William Lustig, Star Laurene Landon, and the Maniac Cop himself Robert Z’Dar. Together they shared their experiences together, focusing primarily on the first two films. Rob Z’Dar and William Lustig recollected a pretty funny story about Rob’s inability to properly nourish himself through the layers of prosthetics and rubber appendeges. Great fun, and lots of interesting stories here.

The evening’s biggest event was saved for last. Bruce Campbell took the stage, bringing the house down with his razor sharp wit and trademark self-depreciating humor. He literally did not miss a beat as he deftly boomeranged stupid-ass fanboy questions with playful, off-the-cuff jibes and lighthearted digs (mostly aimed at Ted Raimi). It was all in good fun however, as it’s very evident that Bruce truly loves his fans and has a lot of fun interacting with them. Lots of satisfied convention goers in this one.

It was a pretty good evening. Today seems to slow down the pace again as Will and I will be checking out a couple of panels, one featuring a Will Silver favorite, FX legend John Carl Buechler, as well as a pretty impressive sounding discussion on exploitation cinema with Fred Williamson, Adrienne King, and two of Bruce Lee’s co-stars from Enter the Dragon, John Saxon and Jim Kelly!