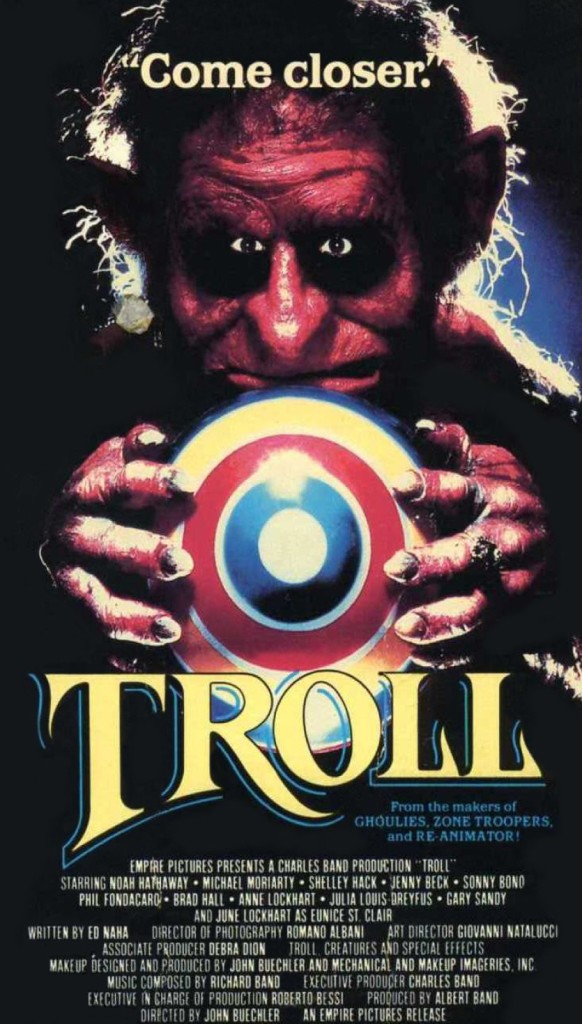 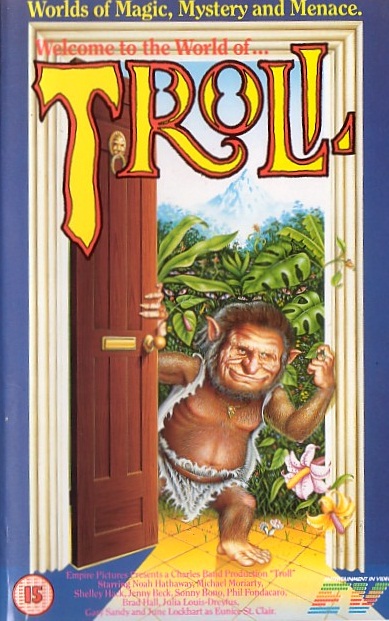 There are a few reasons why I loved Troll so much. First and foremost are the FX. They are almost completely achieved via puppets, but there is also some stop-motion, Phil Fondacaro in the troll suit and a lot of killer animated 80s lightning shots, something I’ll never tire of. As each apartment is taken over and transformed by the main troll, it grows into a lush, fertile troll world that comes fully furnished with its own set of mini-troll inhabitants. These guys are a real treat and totally unexpected. I thought there’d only be one troll in the film named Troll, but boy was I wrong. There’s probably a good ten of these mini-trolls and they all look like fucked up Ghoulie rejects. There’s one that looks strikingly similar to the Creature from the Black Lagoon that especially captured my attention. Just seeing these guys sitting around in their forest haunts would have been enough, but when Phil Fondacaro, in his double role as apartment resident Malcolm, recites the long form poem The Fairy Queen, the trolls get riled and strike up an accompanying song. It’s ridiculous and a bit childish, but I thought it was a stroke of brilliance. It did remind me a bit of Ghoulies III, which is not a good thing, but Troll at least has the decency to make the childish humor intensely watchable.

Now for those keeping score, this film is directed by FX man and puppeteer, John Carl Buechler. His FX work may not be genre-defining, but his creations are some of my favorite B-movie creature effects. He is also confident and capable behind the camera, allowing me to shut the brain down and have a good time. The acting is passable from all involved, with Phil Fondacaro once again being my favorite. I’ve already talked about how much I enjoy his acting in my Ghoulies II review, so I’ll just say that he steals every scene he’s in with his fine performance. The film also features a number of small roles for otherwise notable people such as Sonny Bono, Julia Louis-Dreyfus & June Lockhart from Lassie and Lost in Space. 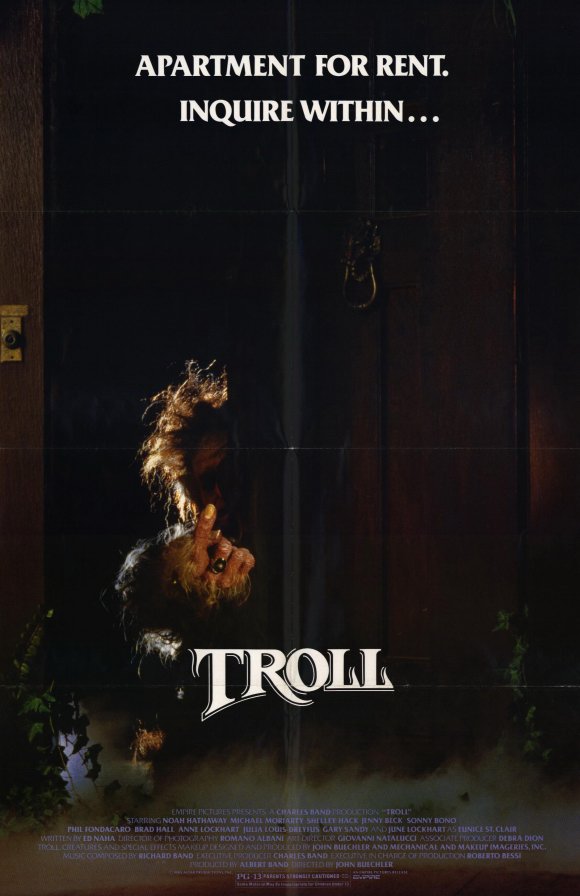 One other notable thing about Troll is most likely a coincidental one, but a fun one that only comes to light when watching the film nowadays. See, the male lead of the film is a young boy named Harry Potter. This Harry Potter doesn’t have glasses, nor does he attend a school of witchcraft or wizardry, but he does face off with magical forces that he has no business being able to defeat. He is helped by an elderly woman who serves as a magical teacher of sorts to him, helping him by providing the knowledge and tools he needs to defeat the beast. The apartmental structure of this film gives it an almost episodic quality that is echoed in the first couple of Harry Potter books. If you go into Troll expecting to see Harry Potter lite, you’ll be disappointed, but there are definite similarities that makes one question the origins of the wildly popular children’s character.

Troll sets out to entertain and it wildly succeeds. Like Ghoulies before it, this is horror aimed at the younger crowd, but that doesn’t stop it from being enjoyable for the whole family. It’s pretty rare to see a horror/fantasy hybrid that manages to pull off both genres successfully, but Troll does it well. For fans of 1980s movies, this is an absolute must.

Come back tomorrow for my review of Dario Argento’s second film, The Cat o’ Nine Tails! I hope it’s as good as his début movie!