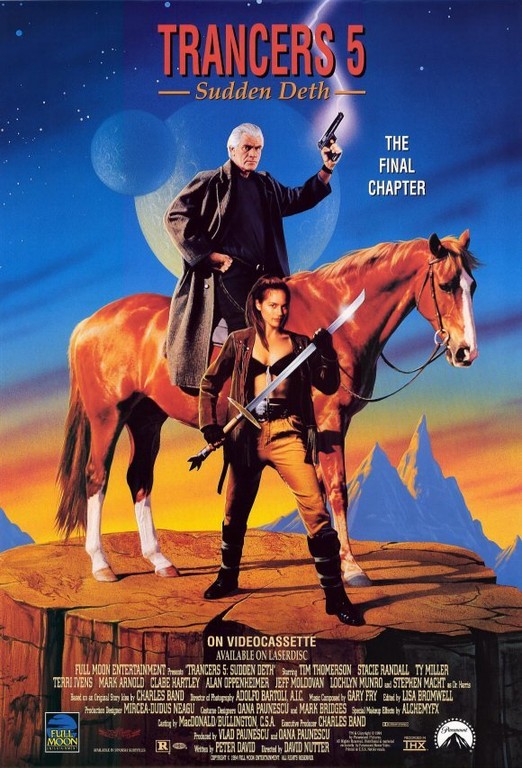 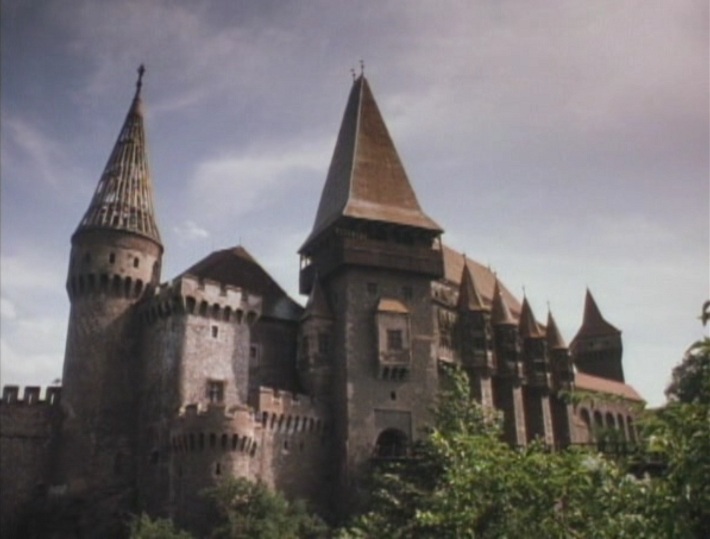 Where the preceding story is a sci-fi film that transitions to fantasy, Trancers 5 is the opposite. It firmly embraces the fantasy in its plotting, with Jack Deth venturing out on an impossible quest to retrieve the Tiamond from the Castle of Unrelenting Terror. The Tiamond is a mystical object, like a big Diamond, that has the power to transport the one who possesses it to any place in time, space or dimension. Sounds like a perfect bit of deus ex machina and just the thing Jack Deth needs to get back home! Trancers 5 gains a lot of momentum from its thunderous opening and maintains the fast pace and a focus on pure entertainment throughout the entire film. This makes it one of my favorite Trancers films, which is definitely something I didn’t expect to say going into the fourth sequel. The film manages all of its greatness by building perfectly on the groundwork laid in Trancers 4. In this way, Trancers 5 can be seen as the Godfather II of the series. 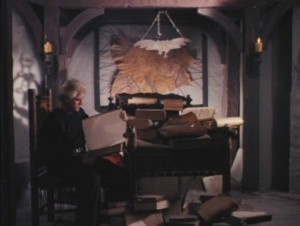 Meanwhile, one of the trancers steals a painting of Caliban from the castle. The real Caliban somehow emerges from the painted image and lives again! How? I don’t know! I appreciated this lack of exposition from the filmmakers, because realistically no one cares how he lives again, only that he does so that the saga of Jack Deth can continue. Lazy filmmaking, you say? It’s more a case of inventive entertainment. You gotta think outside the box where needing to know the whys and the hows is necessary and instead embrace the unexpected to truly enjoy a lot of these B-movies.

Since this was filmed concurrently with Trancers 4, the entire cast and crew carry over. There aren’t even any new characters here, just more of everybody you know and love from the previous entry. The acting from all involved either got a lot better here or I’m more accustomed to these people’s style of bad acting. Clabe Hartley as Caliban has some great moments throughout and it’s a no brainer why they brought his character back from the dead for this sequel. He was enjoyable in the previous film, but he really shines here as the script has him venturing out of the castle and finally taking matters into his own hands. In one particular scene, he fights off Jack Deth and Prospero by throwing them both against the wall HARD, and then slamming a previously unseen jail door in front of them, trapping them in the corners of the room. It’s simultaneously badass and hilarious and truly must be seen to get the full effect. 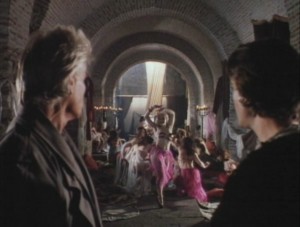 As with Trancers 4, director David Nutter’s work doesn’t specifically impress, but he does a good job with the material and keeps the film enjoyable. He later went on to direct one of the Band of Brothers episodes, as well as two episodes of follow-up series, The Pacific, so I imagine he’s gotten a little better since his days with Full Moon. Peter David’s script never forgets the type of film it’s for and firmly embraces everything you love about B-movies and the Trancers series. He really seems to get these characters and their motivations. I would have loved to see what else he could have cooked up for them.

Thomerson is his usual fun self and once again injects gruff one-liners such as, “Fuck you!” and “I got your prayer right here.” Deth is more than just a macho trancer hunter though. He’s also a thinker. Consider this Deth rumination on the nature of relationships: “I’m beginning to think that a woman isn’t a real woman unless she makes you want to smack her in the chops. Not doing it makes you a real man.” This sums up the thought process of Jack Deth rather well. Throughout the Trancer films, he’s always been at odds with the women he encounters. A slight theme runs through all the films as Jack tries to understand the women in his life, but is never quite able to figure them out. In the early entries, this can be chalked up to the hard-boiled “Man’s Man” mentality, but this changes in Trancers 4. 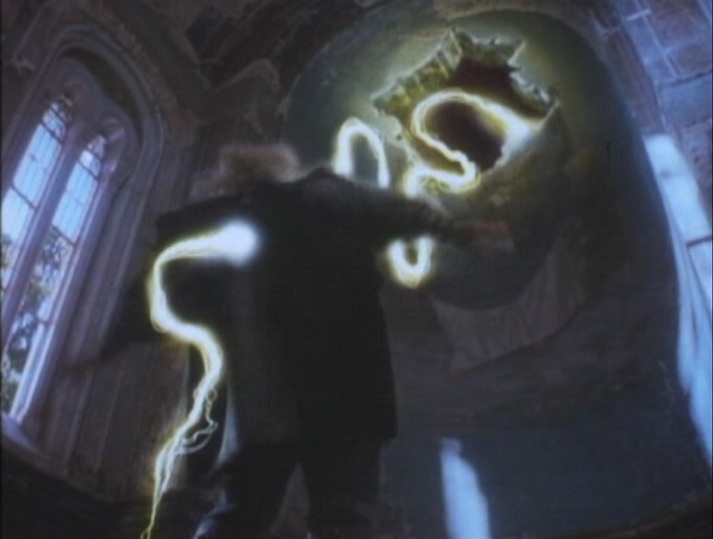 Jack meets the smart and disarmingly beautiful Lyra (Stacie Randall) in his own time. She is a cold, hard weapons manufacturer that provides Jack with the tools of his trade before the mission. She’s mean to him, calls him “Jack Shit” and basically won’t give him the time of day. When he finds himself in the alternate dimension, he meets a different Lyra (also played by Stacie Randall). This Lyra is a slave and completely subservient to Jack’s every desire. He is torn as he finds this Lyra’s physical nature intoxicating, but without the smarts of the first Lyra, leading to challenges and fights, he finds that his mind is not engaged enough to be truly satisfied. That brings him to the realization above, one that informs his decisions in the final moments of Trancers 5. Jack finally figures out what he truly wants in a partner, someone who excites his mind and his body. I was initially a bit disappointed with the ending, but after thinking about this point, I am happy with it. It makes sense from this angle and ends the Jack Deth character arch nicely.

I really enjoyed Trancers 5. It’s one of the funnest entries in the series and features lots of action and laughs. The special effects are pretty nice as well, with one of the best sequences of lightning shooting through a person of all time. Trancers 5 can be enjoyed by anyone as it has the recap prologue, but longtime fans will get much more out of it.

Next Tuesday we move into complete cash-in territory as I review 2002’s attempt to restart the series without Tim Thomerson; the cleverly titled, Trancers 6: Life After Deth.