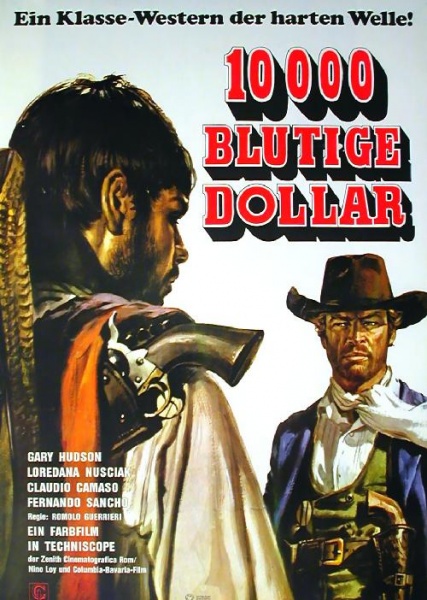 The films in the order of most enjoyment:

I now turn it over to Uncle Jasper with his thoughts on the last two weeks of Django madness. 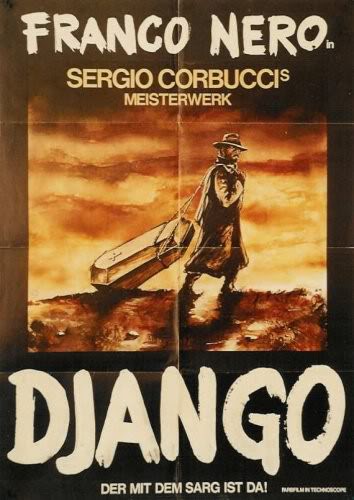 It’s easy to see why Sergio Corbucci’s original Django spawned the countless deluge of copycats after its initial release in 1966. It was fresh, it was good, and it was successful. Whenever these three qualities find themselves in liaison with one another, then imitation is almost a foregone conclusion. It’s one of the constant truths of film as a business. It’s almost ironic that most of these films center on greed and achieving fortune at any cost since greed has everything to do with how these films were pimped-out and marketed in the first place. That’s forgivable of course. If these movies have taught us anything it’s that greed is just another part of the human condition. In a place as depraved and uncivilized as the American West these qualities are just that much more apparent. I think this is the difference between the American West and the “Italian” American West… we may have done our history a disservice by dressing it up in legends of cowboy chivalry and noble lawmen. The Italians could care less about our history and its legacy. Their naked obsessions with greed, violence, and death may actually as a result be a more accurate portrayal of how things really were in our American West. It’s an interesting thing to consider, but I realize I am going off on a tangent here so back to Django…

I don’t mind the clone films so much. Although far less ambitious, they’re still fun for what they are. They don’t seem to blatantly rip-off the original so much as just cash in on the name. That’s ok with me. I was expecting a steady slew of coffin draggers hauling around Gatling guns, and was actually impressed that these movies, although some were terribly flawed, at least had the balls to put their own particular spin on the character instead of relying on a simple copy and paste. If anything, I enjoyed just watching other directors and actors take their own creative liberties with Django. Several of these films were made on shoestring budgets. But budget restrictions actually seem to benefit a film like Django Kill which was never expected to be a masterpiece, allowing much more elbow room in the way of risk-taking and bizarre experimentation.

I think this explains why I enjoyed a film like Django and Sartana way more than I probably had a right to. I don’t think I enjoyed it so much for what it was, but because it seemed to know exactly what it was.