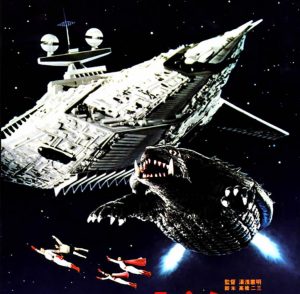 This week on the Silver Emulsion Podcast, Stephen and I talk about the final film of the Showa-era Gamera series: 1980’s Gamera: Super Monster, directed by Noriaki Yuasa! Listen and enjoy! 🙂

Watch Gamera: Super Monster along with us on the Blu-ray set, or the old DVD I have!