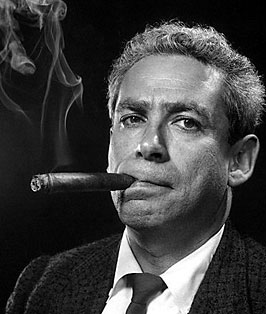 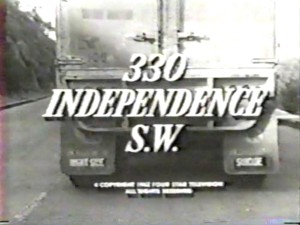 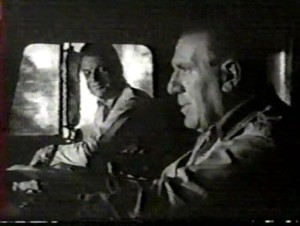 This episode of The Dick Powell Show takes a look at a subject that at the time probably wasn’t as prevalent as it is now: methamphetamine use. The story centers around truckers using the drug to stay awake during long shifts, and how the drug is distributed in candy wrappers to make it appear as innocuous lemon drops. An agent from the Health, Education and Welfare Department is on the case, hoping to find the suppliers and get the dangerous drugs off the streets. You’ll have to excuse any lack of distinct details in my summary, as the sound in the copy I tracked down was absolutely abysmal. Dialogue was incredibly hard to make out at times, even after trying to EQ the abundant hiss to a more manageable level.

Anyway, the episode is fairly cut and dry, and more educational than it is entertaining. You could even theorize that the episode was a marketing campaign by the Health, Education and Welfare Department, as they are painted as the shining beacons of justice protecting our communities from these kinds of public health issues. I didn’t catch if they mentioned these “Lemon Drops” getting into the hands of kids, but I imagine that was part of their concern. The whole “hopped-up truckers potentially causing accidents” thing is also of great concern, I just don’t specifically see how that’s something the Health, Education and Welfare Department would handle. And I do have to wonder if they really sent undercover agents out to infiltrate trucking companies and investigate supply chains. Who knows, but it did make for an interesting episode of television.

I wouldn’t say it’s worth tracking down, even for Fuller fans, but if you see it let me know what you think! 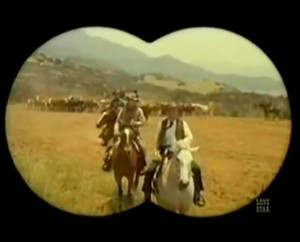 It Tolls for Thee, on the other hand, has more of a Fuller feel to it. Not so much visually — because ’60s TV shows were all fairly uniform stylistically — but the writing is Fuller all the way. Fuller does manage to sneak in his usual trick of using stock footage to beef up the action, and this helps the cattle scenes to great effect. Anyway, the script pits Judge Garth (Lee J. Cobb) against Martin Kalig, a cattle rustler (Lee Marvin), and it explores the psychology of the two men as it relates to the violence that defined the old west. 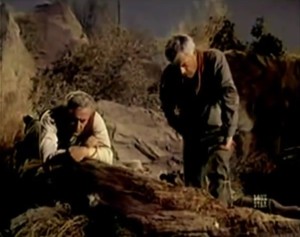 Like many Westerns, the story is set at the cusp of the civilized West. Men like Judge Garth represent the refined future of the region, while men like Kalig still exist and fight back against the changing landscape. According to the little synopsis provided in Fuller’s memoir, the storyline was a little more defined and fleshed out than it ultimately ended up being, but the themes Fuller explored still shine through. These two men aren’t all that different; one of them just hides his nature better. As Kalig tells Judge Garth, “You wear the halo, because you can afford to wear it.” What got Judge Garth to that point was a life of violence, but now with the law on his side it’s easy to renounce his former self.

The episode’s title is a reference to the John Donne poem For Whom the Bell Tolls, which is about how each person is a part of the whole of humanity, each life is worthwhile, and when one falls we all die a little. So, in a way, both Judge Garth and Kalig are the villains of the piece, as they have both built themselves up on the bodies of others. This script could have made an excellent Fuller feature, as the relationship between these two men is quite strong and engaging, it’s just all the other characters of the show — like the Virginian himself — seem to water everything down and take the focus away from what is truly engaging about Fuller’s story. I should also note that I’m not familiar with this series at all, so I have no connection to any of the characters.

Fuller also adds in a journalistic aspect, as the Judge’s daughter returns from New York with a gift for her father from the one and only Joseph Pulitzer. It is a gold watch with an inscription about how Pulitzer envy the Judge for representing the last of the cattle kings and the power of the gun, and this gift plays well into the story as the Judge is kidnapped and held for ransom by Kalig.

I’d definitely recommend this one to Fuller fans. Enough of Fuller’s voice and style comes through to make it feel like he wasn’t restrained too much. There’s also some great dialogue in the episode, my favorite being: “Plan it down to a nat’s eyebrow.”