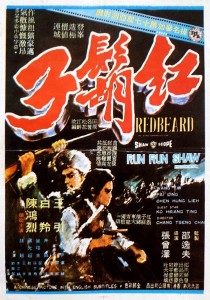 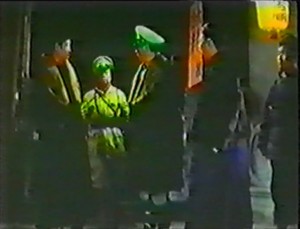 There is a scene that attempts to explain why two of the army leaders have it out for Tian-hua, but even that is kinda vague (and made even more vague with only half of the subtitles). Tian-hua and his two rivals, Huang San-Cheng & Wang Chiang-Hai (Cheng Miu & Cheung Kwong-Chiu), were all redbeards once and together they fought off the Russians, promising that when it was all over they would take the money they made and use it to start up farms together. Huang & Wang decided to join the army instead, taking all the money with them. So Tian-Hua has a chip on his shoulder, especially because the Army is working with the new invaders to China: the Japanese.

At this point in writing the review, I decided that perhaps this information resource we call the Internet, might know a thing or two about redbeards. Turns out it does! The Honghuzi (literally translated as Red Beards) were basically bandits that didn’t take too kindly to foreigners invading China, so they harassed and assaulted them in any way they could. On the Wiki page I linked above, there’s an account from the Boxer Rebellion of some truly gruesome torture carried out by the Honghuzi, which adds a further depth to the horrific torture scene in the film. I had thought the scene was truly gruesome, but the reality seems to have been much, much worse. 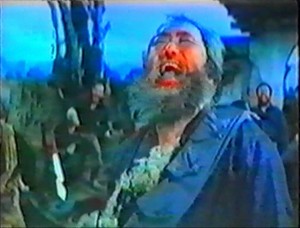 Knowing this, I can understand the events of the film much better. It makes sense that they wouldn’t go out of their way to explain the concept of the Honghuzi in the film, as it seems like the kind of thing that would be embedded in the Chinese cultural consciousness, especially considering the Nationalist “drive out the foreign invaders” cause the Honghuzi fought for. I guess I should’ve done my research before the film! In any case, even with this knowledge, Redbeard is still pretty slow and boring most of the time. As a drama this is to be expected at some level, but there didn’t seem to be much of any drive to the story. Could be the cut-off subs and my ignorance to Chinese history, but I’ve got to call it like I saw it.

In terms of Chang Tseng-Chai films, this is easily my least favorite of those I’ve seen. Both The Casino and The Fugitive were great fun, and From the Highway, while somewhat disappointing because of my expectations, was an overall enjoyable film. Redbeard only had a few moments that felt truly special. The intro is really well-edited to create a wonderfully thrilling opening, and there’s a tracking shot late in the film that follows Little White Snake and a group of redbeards as they walk into camp (which is the well-loved Shaw set of the rundown/ruined house). The camera tracks them from just outside the building, so it feels like we’re getting to glimpse the sets from an entirely new angle (and after hundreds of films on the same sets, that’s something to write about!). The ending is also quite exciting, with lots of people on horseback and a TON of explosions. I feel immature saying that the drama was boring and the explosions were the best part, but again, I call it like I see it. 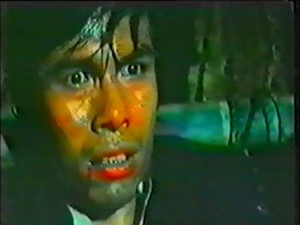 I’d love to see a remastered version of this film, but I wouldn’t hold by breath that it’ll actually happen, or that it would affect my opinion of the film too much. Other than Chang’s directorial flourishes here and there, the only thing that stood out to me was Chen Hung Lieh in his role as Szu Chih-Erh, a character very dear to Tian-Hua’s heart. His arc isn’t especially deep, but it’s the one with the most engaging drama around it. Redbeard feels like it should have been a more effective drama, but I failed to find a connection with it.

Next up in this chronological journey through the Shaw Brothers Martial Arts catalog: the mop-up of older films I missed continues with a non-Shaw classic — King Hu’s A Touch of Zen! I’m so excited. Have wanted to see that one for years and years. See ya then! (Hopefully sooner rather than later.)