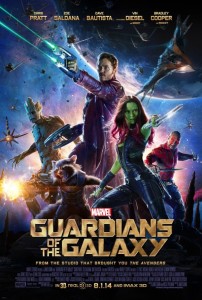 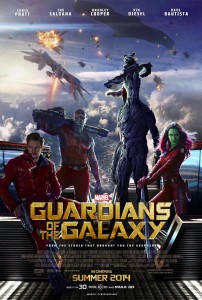 I got a little sidetracked there, but what I was getting to is that the characters in Guardians, while largely unknown to people, are more than capable of carrying their own movie. The cast of colorful characters (both literally and figuratively) is robust and engaging. Not only is it fun to get introduced to these new characters, their world and the story they’re involved in gives us our first real juicy slice of Marvel’s vast celestial universe and the myriad of worlds it contains. As the series goes on, I really look forward to seeing how they grow this cinematically, as while I never truly understood it, the cosmic aspects of the Marvel books were always one of my favorite things about the Marvel universe. To imagine that everything you’re reading about is all a grand part of a single universe is an intriguing and fun concept, so to see it slowly brought to screen is a joy I’d never have imagined would be possible. Is it too much to hope that The Watcher will eventually make an appearance? I do wonder how not being able to use Silver Surfer is going to hamper the stories, though. Marvel really needs to get all those character rights back!

So after two attempts to talk about how much I liked the characters of Guardians, I seem to be unable to do so without derailing myself into talking about the big picture. [Sigh.] One more try. The standout characters are definitely Rocket Raccoon and Groot, but Star Lord provides the bulk of the film’s humanity and heart, something that the film has in abundance. Gamora and Drax are also just as endearing as the others, and it’s really about how they all come together and intermix that makes the movie as enjoyable as it is. It’s similar to The Avengers in that it’s a team movie, but the Guardians of the Galaxy are not the typical hero-types usually populating superhero films. They are as self-serving as they are focused on taking out the bad guys, and this duality creates a completely different dynamic than any previous Marvel film. It’s a cliche, but this is a total breath of fresh air. I can’t remember the last time there has been a collection of adventuresome rapscallions like this on screen, and damn it feels good. And the choice of James Gunn to write and direct the film is absolutely inspired and perfect. 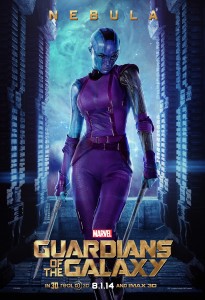 Guardians is James Gunn’s third film in the director’s chair — four if you count his uncredited work on Tromeo and Juliet — and each of his films is full of a wonderful mixture of tones. Slither is a perfect horror comedy, and Super regularly shifts between touching drama, hilarity and gore. And what’s great about Marvel is that they hired James Gunn to do his James Gunn thing. They allow him to crash tones together as he saw fit and it has resulted in something truly unique in the world of the comic book movie: a film that is as much of a comedy as it is an action-packed superhero film. Marvel Comics have always valued humor, and their films have reflected this quite well, but Guardians is in a class of its own. But as soon as you try to define it as an action comedy, you realize that it’s also pretty equal parts science fiction, fantasy and adventure, with a little sprinkling of drama to act as the mortar that holds all the pieces together.

Guardians of the Galaxy is an absolute blast. It’s a fantastically fun film that actually recreates the rollicking good time that defined films of the 1980s. In an era when everyone is trying to capitalize on that era by rebooting, remaking and rehashing old properties, Guardians of the Galaxy gets it right by being relentlessly creative and giving us something we’ve never seen before. And don’t even get me started on the abundant practical FX work and those sumptuous ship designs… *drool*