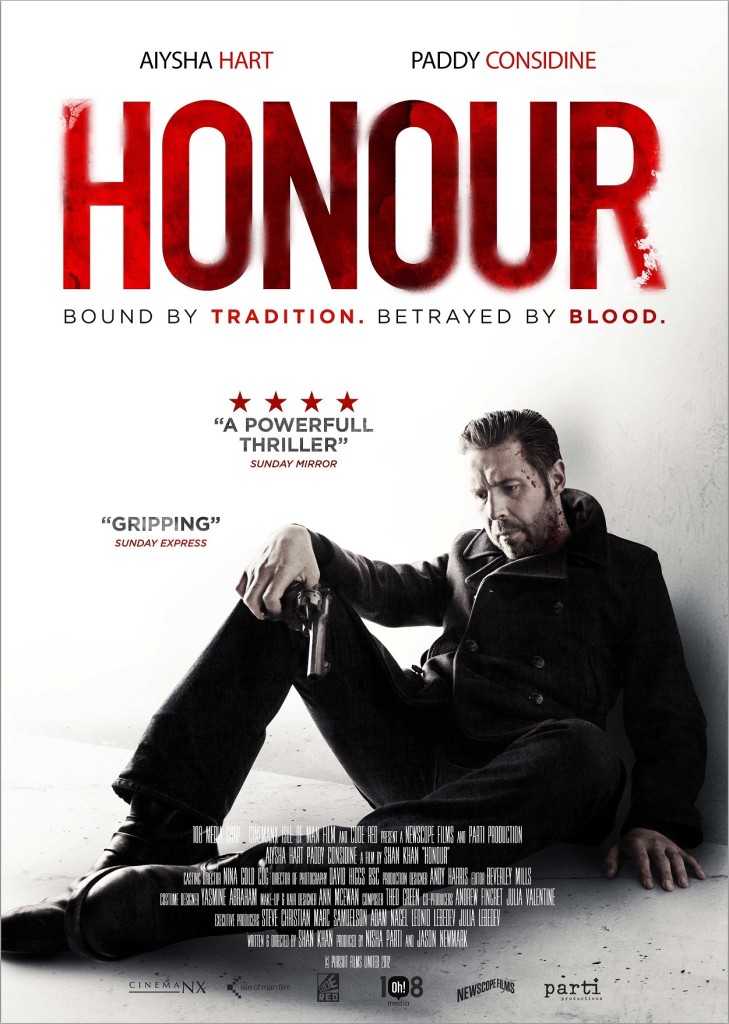 Honour begins with a quote: “Life is nothing without honour,” and all of the film’s characters are in some way affected or driven by their idea of what is honorable. While using the quote to bring our attention to this could be seen as a somewhat heavy-handed move by a first-time writer/director, I think it works rather well. The quote acts as a bell, ringing in the audience’s mind throughout the picture, allowing us to think on the meaning of the quote and the emotions behind it for the characters.

Due to the structure of the film, giving a basic synopsis has the potential of ruining certain aspects of the story that should not be ruined. What matters is that a 20-something girl returns home hoping for refuge, only to find more hostility there than in the outside world. Honour is a thriller that reveals its story like the layers of an onion, allowing the audience to go deeper and deeper into the tale in a highly engaging, non-linear manner. This type of structure is definitely not new to cinema, but it is used here especially well and with much skill; the tension that builds through the film is excellent.

Honour is all the more impressive because it is Shan Khan’s feature debut as a writer/director. The film is impeccably well-shot, making its urban, nighttime landscapes look both inviting and foreboding (as the situation calls for). My favorite moments in the cinematography came when our main character Mona is meeting with her boyfriend Tanvir, and the close-ups of their faces are counterpointed in the shot with strings of out-of-focus lights from a neighboring building.

While Honour is a thriller, it’s also just as much a straight drama. In order to pull this off, the entire cast pull their dramatic weight and do the film proud. Aiysha Hart is excellent as Mona (although she really isn’t given enough to do), but the film is stolen almost completely by her family members played by Faraz Ayub and Harvey Virdi. I’m sure Virdi is actually a very nice person, but she is frightening and absolutely stone cold as Mona’s mother. Paddy Considine fills his relatively small role admirably as well, but he’s a bit underwritten so I don’t feel like he ever really got a chance to shine.

There are also issues with the pace slowing down too much at certain times, as well as aspects of the story not being explained or defined quite as well as I would have liked. For instance, there’s an interesting attempt to give Considine’s character a back story that explains why he decides to help Mona, but it feels more like clumsy social commentary than good writing. It works, and I ultimately liked it, but there are definitely smoother ways to go about it.

It’s unfortunate that most American audiences are so close-minded to films featuring different cultures, because I feel like Honour could do well if people took a chance on it. Hopefully the film finds its audience over here, especially considering the overall theme of combating institutionalized discrimination, something the American society definitely needs to work on.

I was shocked to read the film’s closing statement, which noted that stories like the one dramatized in Honour are actually occurring worldwide at roughly the rate of 5,000 cases per year. I’ll wager that most US viewers will be as blindsided by this fact as I was, which only makes me want to recommend the film even more. I had no idea this kind of thing existed in our modern society, and it’s quite troubling. I’m not a fan of people saying, “Can’t we all just get along?” but seriously, this is 2014… Can’t we all just get along?

Honour releases today, July 11th, in the US and Canada via iTunes, Amazon, Xbox, Playstation and Video-On-Demand!