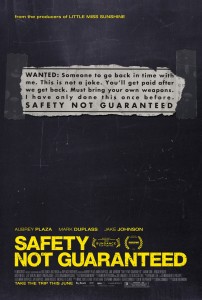 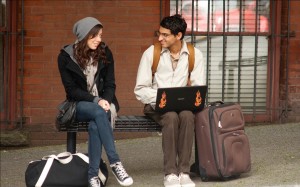 The film kicks off when Jeff, a magazine reporter, pitches the story to his editor. He proposes she sends him and a couple of interns to the small, coast town of Ocean View to investigate the man behind the ad. She agrees and off they go to uncover this curious man’s secrets. The only one who can break through to Kenneth (Mark Duplass), the man who placed the ad, is Jeff’s intern, Darius (Aubrey Plaza), as her tortured past allows her to connect to him quickly.

The audience is always kept guessing whether or not Kenneth has actually figured out time travel or not. Is he just crazy? Does he have an ulterior motive? It’s all very well-obscured and doled out in small increments to keep the pace quick-moving. The sub-plots all concern time as well, in varying degrees, whether it’s a character looking to revisit his youth via an old girlfriend, or a young college student who’s consistently told that he’s wasting his youth by not going out every night and seizing the day. 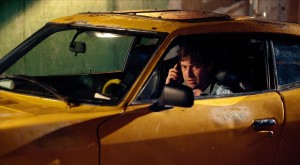 The comedy of the film is hard to categorize. It’s all rather subdued and played straight, so it’s completely possible that someone out there will watch this and take it as a straight drama. A lot of the comedy is what I classify as “Boogie Nights comedy,” meaning that it makes me think of the hilarious straight comedy bits between Mark Wahlberg and John C. Reilly in that film. Maybe it’s that karate comes into play in both films. In any case, I don’t mean this in any disparaging way, the comedy here is well-done, unusual and funny.

Safety Not Guaranteed is also impressive as a debut feature. So impressive in fact that on its strength, director Colin Trevorrow has been signed on to write and direct Jurassic Park IV. I can’t say that’s a series which needs continuing, but… DINOSAURS!… and I do think Trevorrow could pull off a pretty interesting take on it. If anything, Safety Not Guaranteed showed that Trevorrow has the skills to handle drama, comedy and light sci-fi, so it’s a pretty strategic film on his part. And it worked. Kudos to you, sir.

If you like indie films, I’m sure you’ve already seen this one because you’re way cooler than me. 🙂 But if not, Safety Not Guaranteed is definitely worth your time. It’s not excellent, but it’s pretty good for what it is: a dramatic, indie romantic comedy with sci-fi elements.