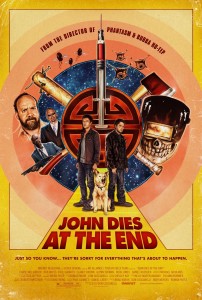 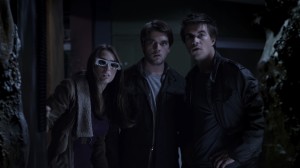 I guess what it comes down to is that I went in expecting something wild, but still within the confines of a traditional plot. And John Dies at the End is like the furthest thing from a traditional plot since The Tree of Life. There are moments where it feels like it could turn into a modern era Ghostbusters style of story, and later moments reminded me hard of Astron-6’s Father’s Day, but John Dies at the End never once felt like a traditional movie. Instead, it’s kind of the ultimate indie film. It’s never really hindered by its budget, because Coscarelli’s imagination for creative filmmaking allows for tons of stuff that other low-budget productions would shoot around or shy away from all together. And because it’s not shackled to a traditional framework or studio expectations, it’s allowed to be whatever the fuck it wants to be. For those that this one connects with, it will be a home run, but by creating such a well-realized fringe piece of art, you’re also going to turn off a lot of people. I’m somewhere in the middle, but I can’t imagine too many mainstream people watching this and understanding what they just saw. Not only will the lack of a traditional story mindfuck their brains into mush, the story it does have is constantly going in on itself and the full extent of what’s happening is never completely revealed to the audience. Or maybe it was and I just wasn’t able to unravel it all. I honestly don’t know. 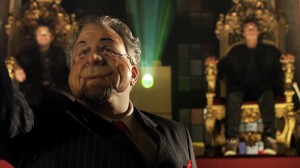 I think my main issue with the story is that it’s constantly explaining itself from start to finish. There’s never a moment where the audience has received all the information necessary and the characters are just doing, and we’re following along. Even in the ending, we’re still left wondering what just happened, and what’s happening now, amidst the credits. This is exactly the type of movie to watch and watch again, with each subsequent viewing revealing a bit more of the film’s intricacies. But I just don’t have that sort of time or dedication to devote myself to one movie anymore.

But enough about the story and how it confused me. Don Coscarelli hasn’t made a feature since Bubba Ho-Tep, so the release of John Dies at the End is a call for celebration. Coscarelli is clearly still on top of his game as well, as John Dies at the End looks great and is exceptionally well put together. But wait, how does that make sense with all the problems I talked about before? OK, I’ll admit that it doesn’t make much sense, but I don’t think those problems are a result of poor filmmaking quality. It feels like Coscarelli is doing exactly what he wants to do, and I’m just not holding up my end of the bargain. And trust me, I’ve see enough horrible low-budget films to know when it’s the filmmaker’s fault. 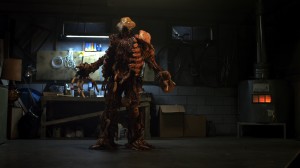 The FX, a mix of CG and practical, are pretty great too. From exploding heads to crazy alien creatures with rows of sharp teeth, everything looks great. For a film that has an obviously small budget, it really shouldn’t look this good. That’s again where Coscarelli and his experience making low-budget films with practical FX comes in. It helps to have Robert Kurtzman (of KNB FX fame) doing the practical FX too. My personal favorite FX moment was the meat monster made up of the frozen, butchered contents of one of those floor-model, garage freezers for storing a side of beef (or hundreds of pints of Ben & Jerry’s, or your neighbor’s body, or… you get the picture). In any case, this monster is incredible and proves once again that a dude in a suit can be just as fantastical and realistic as one made of fancy CG.

I still don’t know what to think of John Dies at the End, though. I imagine as time goes on I’ll look back fondly on many of its little moments, choosing to remember the experience more fondly than I do at this point. In any case, it’s a unique movie that offers genre thrills and excitement that just about no other movie can offer you, so in this world where so much of our entertainment is a derivative of something else, that is kind of special. Try it out if you think it might be your thing, because, well… it might be your thing.