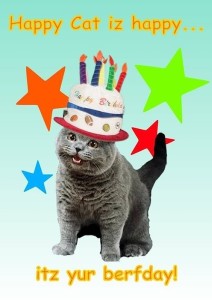 So for this year, here’s the current state of the blog:

I also welcome your suggestions, words of wisdom, encouragement, thanks, negative comments, spoiled food hurled towards my general direction… anything really. If you’ve read some of my stuff and you enjoyed it enough to come back a few times, I humbly thank you and hope you’ll continue to make Silver Emulsion a stop on your movie blog train. Choo choo!