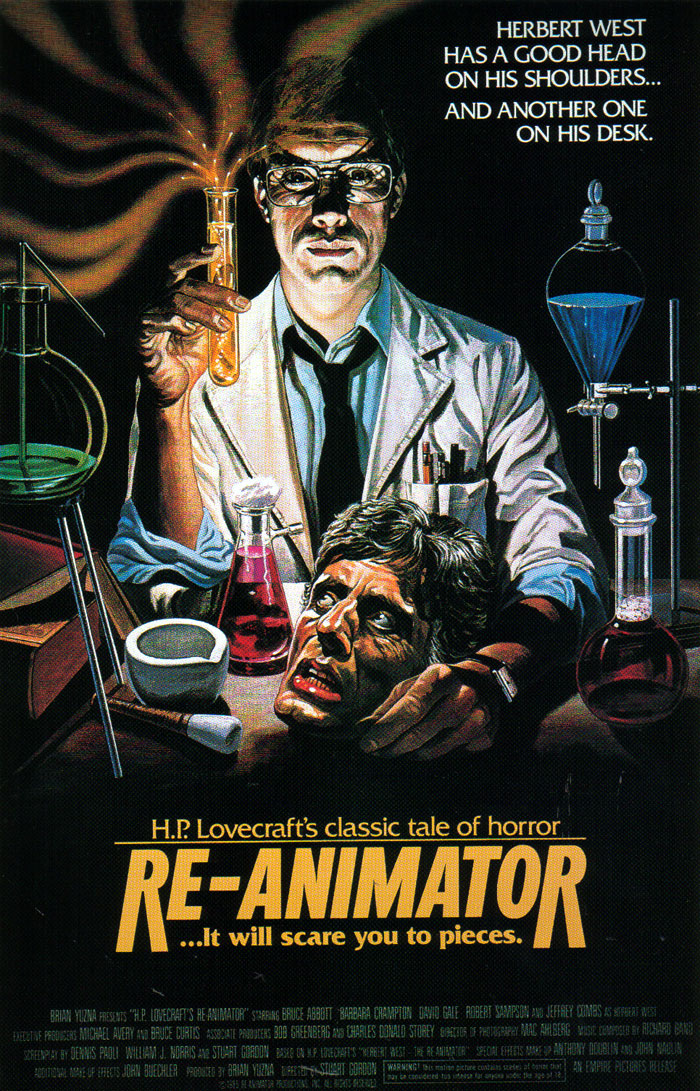 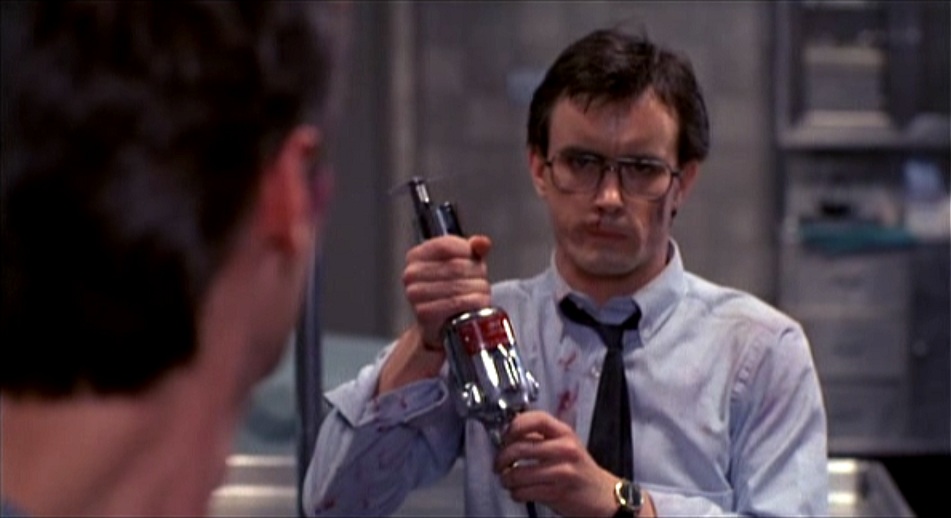 Medical student Dan Cain (Bruce Abbott) meets up with recent transplant Herbert West (Jeffrey Combs), who is visiting the university to continue his studies. West had been learning under Dr. Hans Gruber (no relation to Alan Rickman in Die Hard) in Switzerland, but when Gruber wigged out and his eyes exploded, West decided it was time for a change of scenery. West and Gruber had been working on a powerful reagent that would allow for dead bodies to be brought back to life, but so far the subjects have all woken up in extremely violent states.

When Cain mistakenly finds out what West is working on, West drafts him into service, into an Igor role of sorts. It is here where the film goes from interesting to grotesque fun as the pair breaks into the hospital morgue looking for suitable subjects for the experiment. The film proceeds down this slippery scientific slope at a fast pace, all the way to its gruesome climax, and I honestly don’t know how any true horror fan could be disappointed by this. My only real complaint is that maybe it wasn’t gory enough for my depraved tastes, but this is something of a moot point when there are scenes such as the one where West drives a bone saw right through a raging zombie subject’s chest. Re-Animator has no fear and shows what lots of lesser films would cut away from. The special makeup FX are also quite good and fans of the art should be satisfied. 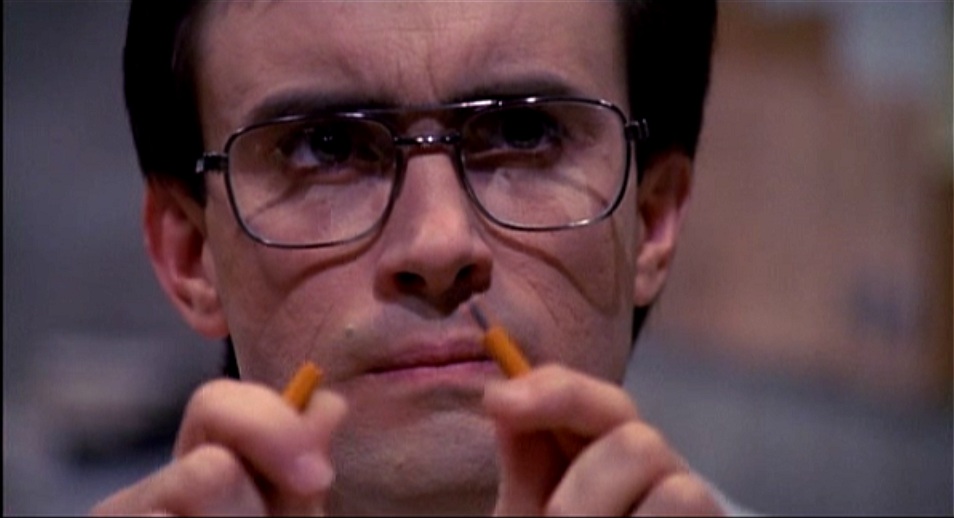 Jeffrey Combs is utterly fantastic in this breakout role and the success of this movie can almost completely be attributed to him. He is insanely fun to watch and the over-the-top lunacy he exudes brought a smile to my face each and every time he was on screen. One of the character’s best moments came when West sits in on a brain surgery class and defiantly snaps pencils while the teacher speaks on a point that West contends. I’ll be honest and say that I don’t exactly know the significance of the snapping pencil, but it is a hell of a lot of fun to watch him snub his nose at this authority figure.

This one features another good score by Richard Band, but like his score for Zone Troopers, it is at times a bit derivative of other, more classic works. Within the main title theme, there are heavy shades of Bernard Herrmann‘s music for Psycho and Vertigo, mixed with an overall comic tone that gives the music the haunting nature of Herrmann’s work and the comedic mischief of some of Band’s previous work. It’s a great score though and one that fits the film’s tone perfectly. 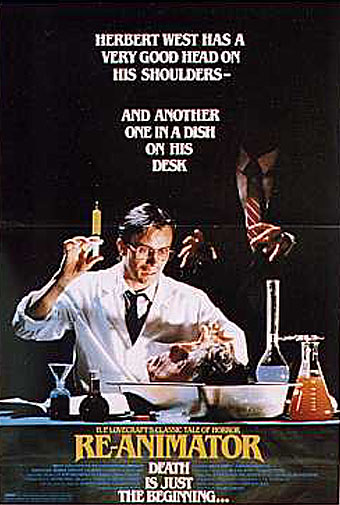 Cult horror director Stuart Gordon gets his start with Re-Animator and he does a great job with it. It is a well-made picture that features a lot higher production values than a traditional B-picture. The film is especially paced well in the first half, allowing for the viewer and Cain to be gradually brought into the folds of West’s obsessed mind. Re-Animator also features a dark sense of humor that could easily be lost amongst all the gushing blood. One of my favorite lines comes from West as he injects the re-animating reagent into an already twice-dead mutilated cat.

“Don’t expect it to tango. It has a broken back.”

Re-Animator is the type of film that only gets better with repeat viewings. It is a relentlessly trashy film that is definitely playing for shock value, and for the most part it is still effective. When a severed head goes in for a bit of cunnilingus on the tied-up, naked damsel, I don’t think anyone can rightfully say that they weren’t surprised the film actually went there. I’m not saying I didn’t expect it based on how they had built up certain themes, but I was surprised that they went as far as they did. This was the unrated cut I was watching, so I imagine this was one of the edits made to get an R rating. Despite its roots in the Frankenstein idea, Re-Animator is a fun, original film that’s a ton of fun for genre fans. I imagine that most others would simply dismiss it as exploitative drivel though. Their loss.

Join us next Tuesday as I take a look at the sequel, Bride of Re-Animator!