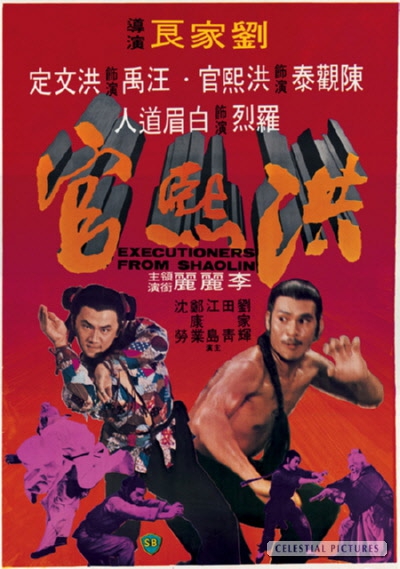 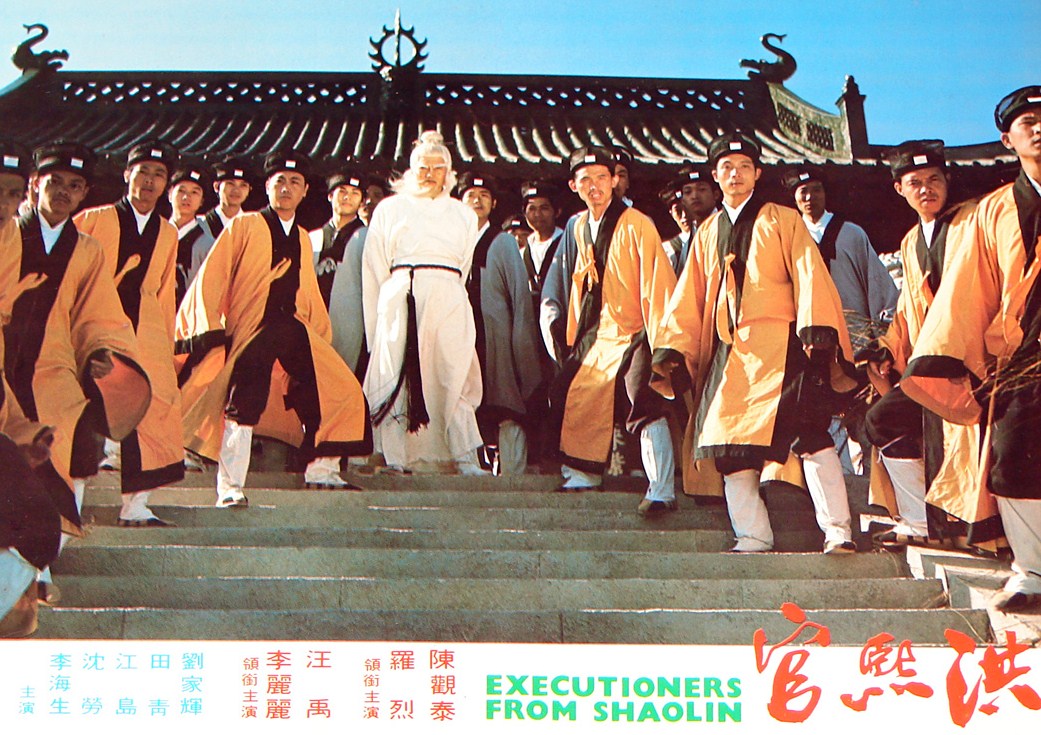 The action seems to pick up where Men from the Monastery left off. Fong Sai-Yuk is dead and once again Hung Si-Kwan is on the lam, accompanied by his band of Manchu-killing rebels. As usual, the occupying Qing’s are in a raging shitstorm over their inability to control the rebellion, so they do what they usually do when they have no other avenues… they burn down the Shaolin Temple. Yeah, we’ve seen this plenty of times before, except this time they’ve gone one further and hired the infamous White Brow Priest, Pai-Mei (yeah, the same character you hipster Tarantino fiends only just found out about in Kill Bill). Pai-Mei challenges the high abbot of Shaolin, Chi-Shan, to a duel and kills him due to priest’s proficiency in testicular kung fu “The internal arts”. The rebels, and especially Hung Si-Kwan himself, vow to get revenge on the priest for the death of their respected teacher. They go into hiding, disguised as a travelling opera troupe, in order to recoup their losses.

The troupe eventually settles in a riverside village where they meet Yong Chun, a resident practitioner of Crane Style kung fu. She befriends the rebels and eventually falls in love with Hung Si-Kwan. The two get married and eventually have a child. Despite her many offers, Si-Kwan shows no interest in learning her crane movements, instead continuing his training in the brutal tiger techniques that carried him through the previous films. When their son turns ten, they both agree to let him learn the crane style.

Yeah, I’m sure most of you can see where this is headed. Both styles must be combined to defeat Pai-Mei, blah blah blah. And yes, it does eventually get there, but definitely not in the way you’d expect. Regular readers of the site know that I’ve been following the Shaolin cycle for a while now, and I was not ready for some of the unexpected twists and turns that Executioners of Shaolin would end up throwing at me in the final third of the film. In fact I’m still reeling from it. At first I was thinking of tossing a spoiler warning in here before disclosing the end of the film, but on second thought I’d rather not get too much into the ending and instead urge you folks who have watched the previous films to get to this one as soon as you can. Despite a few misgivings in terms of narrative and a character or two that could have been developed a little better, it’s definitely a fitting ending to the series.

Peppered throughout are some fantastic performances, probably some of the best I’ve seen in the Shaw Studios, including a dynamite turn from Gordon Liu (still a relative small-timer at that point in time), whose ten minutes on-screen are some of the best of his career. He pretty much defines the unstoppable warrior-hero as his body becomes riddled with Manchu arrows and he continues to fight on, choking guys to death with his bare hands and kicking the unholy shit out of lesser men before dying standing up, his glare eternally focused on the chickenshit Manchu governor.

Lo Lieh’s turn as Pai-Mei is fantastic as well. He’s definitely one of the most memorable villains I have ever seen, as the guy seems convincingly invincible throughout the film, taking on Ivan Drago-like proportions over the course of the movie. Kicks to the groin, fingers to the eyes and merciless attacks on every pressure point imaginable mean nothing to this guy as he laughs it all off. I was genuinely afraid of this dude, which is probably the greatest compliment a movie bad guy can get.

You know, I kind of like the fact that unlike Chang Cheh’s films in the series, which seem to take place in relatively short time periods, this film allows us to finally watch the character of Hung Si-Kwan grow old, eventually settling with a family. By the end of the film, he is twenty years older and beginning to grey. In fact, by this time in the film Chen Kuan-Tai looks identical to Lu Ah-Tsai, the venerable old teacher he played in Challenge of the Masters. It was a welcome surprise, as it comes as close as I’ll probably ever get to seeing that character reprised.

Man, I’ve barely scratched the surface here. I didn’t even get to the fantastic training sequences involving metal dummies and hundreds of ball bearings. Executions from Shaolin is a fitting end to the Shaolin cycle, a truly great martial arts movie that casual kung fu fans as well as dipshit nerds such as myself can enjoy on several levels.