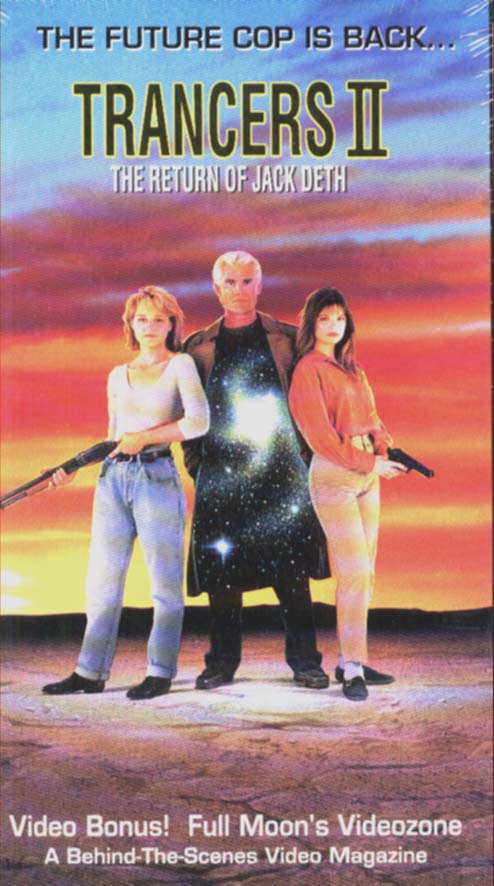 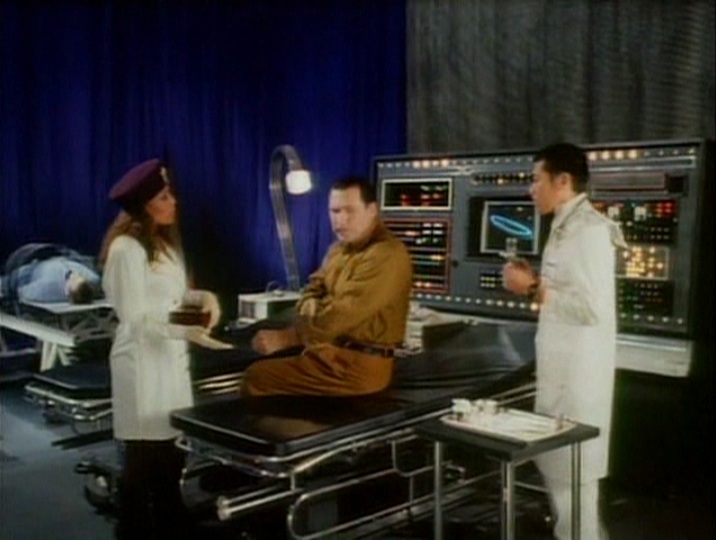 In this one, a few advancements have been made in the future. The serum used to time-travel in the first film isn’t state-of-the-art any longer. A traveler can now use a tap-back device in the past to summon a time travel pod from the future. Yeah, don’t think about it too closely. Anyway, they send back Jack’s boss, McNulty (which is commonly heard by me as Nick Nolte, adding a few unintentional laughs), to help Jack take down Whistler’s brother who runs a mental institution and has turned it into a Trancer farm, creating an army of weak-minded killers.

The film noir influence is still present here, but not nearly as distinct. The dialogue is a lot less hard-boiled and more commonplace. This is unfortunate as the ode to tough-as-nails detectives was one of the big selling points for the first Trancers. This time around there’s a lot of added character drama going on as Jack’s wife from the future gets in the middle of Jack’s wife in the present/past, Lena (Helen Hunt). This all plays out as cliché and boring as you expect it to be and it gives the film a bit of a TV movie quality. Thankfully this isn’t as big of a concern as it could be, as the rest of the film is reasonably well-shot and fun to watch. 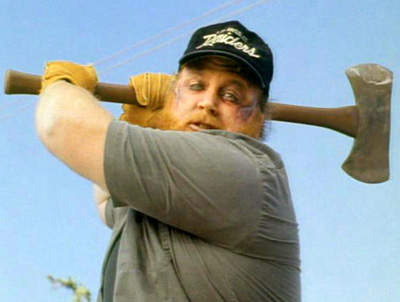 The acting is about at the same level as it was in the original, with Tim Thomerson a step above and more likeable than his previous turn as Jack Deth. The villain played by Richard Lynch is great fun and one of the best parts of the film. He has his own style and doesn’t seek to capitalize on the success of Whistler from the original. His videologues to the mental hospital patients are campy and ultra-fun in a Big Brother, 1984 kind of way. Jeffrey Combs, the star of Re-Animator, also has a small role as one of the henchmen.

There is more action in Trancers 2, but most of it is in the form of tame gunfights that feature lots of good, meaty squib shots but not much else. Maybe I would have thought this was action-packed TO THE MAX back in the day, but for this older and wiser Hong Kong-fueled brain, it just doesn’t do the trick. I still enjoyed it in a nostalgic way though. It’s been a long time since I’ve seen this many bloody pistol wounds to the chest and it’s definitely something I’ve missed. The “long second” watch also returns for a couple of scenes here and is just as fun as it ever was. The characters still don’t use it quite like you’d expect them too, but nonetheless it’s a neat idea that just keeps on giving. 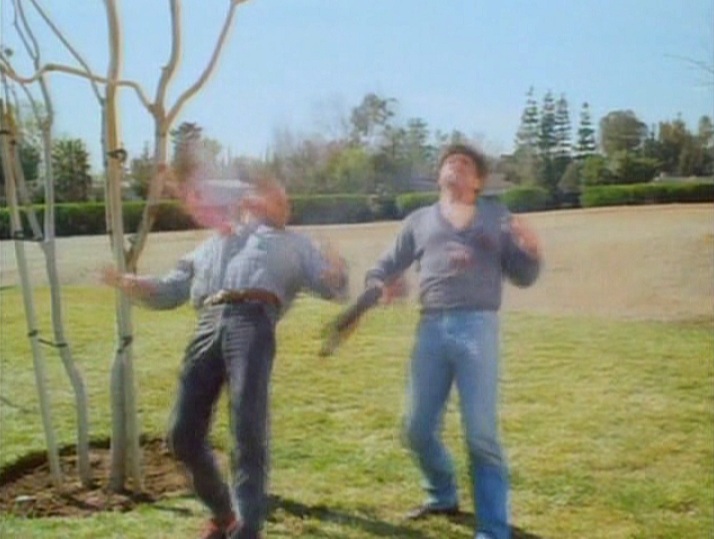 The downfall of this film is that it takes itself way too seriously. If you’re sitting down to watch Trancers 2, most likely you aren’t looking for high drama or Shakespeare (see Tromeo and Juliet for that), but incredibly that’s where the focus is here. I realize that sci-fi visuals and zombies eat up the budget quicker, but more sci-fi and zombies please. There’s also a couple of killer gore opportunities that are severely wasted. I cried out in agony as Jack Deth threw a pitchfork at a dude’s chest, only to have it connect with its target off-screen. When Band finally does cut to the money shot, it looks good but instead of being inventive, it’s just a pitchfork in a dude’s chest. I shouldn’t complain, Jack Deth threw a pitchfork from 30 yards into a dude’s torso, but I just wanted more. The Trancers films aren’t gory movies at all though, so I shouldn’t be too surprised. I just think if you’re gonna have a pitchfork throwing, do it right!

Ultimately, Trancers 2 is an okay but enjoyable sequel that’s a little too dialogue heavy for my taste. I can only recommend taking the plunge if you really enjoyed the first one. Everyone else will be just fine sitting this one out.

Check back in next Tuesday as I get my hands on Trancers III: Deth Lives. I hear they’re in the future more in that one, so let’s hope for the best!