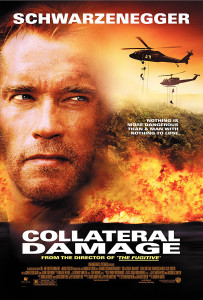 Expectations: I remember wanting to like this, but being disappointed.

Collateral Damage isn’t a bad movie, but the potential of the premise is not fully realized. This disappointment stems directly from the film’s tone and its production year. See, the premise is totally ’80s action fluff — a father out for vengeance in the jungles of Columbia — but the execution is pure early 2000s when tones had darkened and reckless fun had all but vanished from action movies. There are times when the film seems to forget what year it is and have fun with its dumb plot (mostly in the 3rd act), but it never does it enough to get into that sweet spot of entertainment. I love Arnold, so I still enjoyed it greatly, but it is frustrating to see so much wasted Arnold-tastic potential.

Gordy Brewer (Arnold Schwarzenegger), a well-respected member of the firefighting team, loves saving people for a living. His job causes him to work odd hours, though, making the care of his son something of a juggling act between Gordy and his wife. One day Gordy agrees to pick up his son from a building downtown, and wouldn’t you know it, it’s the same building targeted by international terrorist El Lobo (Cliff Curtis). Lobo’s bomb kills Gordy’s wife and child, sending him on a one-man mission of revenge that will stop at absolutely nothing.

END_OF_DOCUMENT_TOKEN_TO_BE_REPLACED 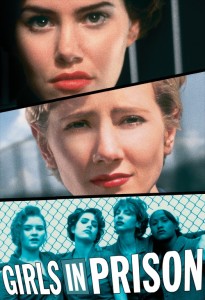