> Movie Reviews > Science Fiction > The Silver Emulsion Podcast: Ep. 154 – It Came From Beneath the Sea 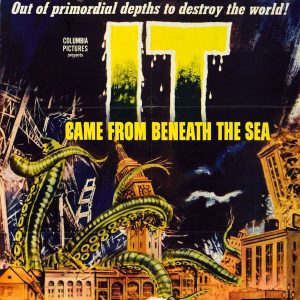 This week on the Silver Emulsion Podcast, Stephen and I talk about the 1955 sci-fi film, It Came From Beneath the Sea, directed by Robert Gordon and with stop-motion FX by Ray Harryhausen! Stretch all eight of your arms and enjoy! 🙂

Watch It Came From Beneath the Sea along with us on UK Region Free Blu-ray (Recommended), US Blu-ray, DVD, iTunes, or Amazon Instant Video!

One thought on “The Silver Emulsion Podcast: Ep. 154 – It Came From Beneath the Sea”