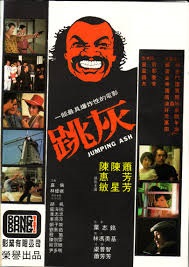 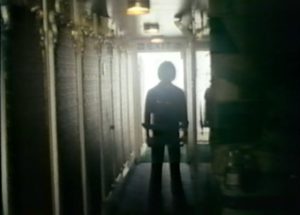 Story is not the strong point of Jumping Ash, but this isn’t so much a flaw as it is a calculated choice. The film brought a more realistic type of crime story to the Hong Kong screen with its scattered narrative and its shifting focus. The camera captures actors in real locations, and is ever-moving and often handheld, giving the film more of a documentary vibe than its similarly themed contemporaries. Through all of this, though, there is a defined, basic storyline that provides for lots of triad intrigue and police investigation. Simply put, a gang in Hong Kong is attempting to eliminate one of their rivals, stirring up the status quo and attracting the attention of the police. In some ways, it reminded me of Kinji Fukusaku’s yakuza series Battles Without Honor or Humanity, but in Jumping Ash the focus is split evenly between the two gangs and the police.

Unlike later Hong Kong efforts in the genre, Jumping Ash is more police procedural than action film. There’s a fair amount of assassinations and violence, but not much is classifiable as action in the traditional Hong Kong sense. There are a couple of fun fights, but unlike the rest of the film they are dated compared to the rest of Hong Kong’s 1976 output. This rears its head most obviously when strikes are often shot at poor angles, exposing the wide distance between the punch/kick and its connection point. It’s not a huge issue, but it’s always something that bothers me, no matter how good the rest of the movie is. The finale between Michael Chan Wai-Man and Chan Sing is easily the best bit of action in the film, although Chan Sing’s stairwell altercation (that reminded me a lot of a similar scene in Payment in Blood) is also quite exciting. 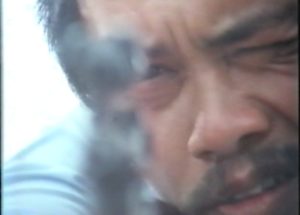 Jumping Ash was ahead of its time, and its influence on Hong Kong filmmaking is undeniable. It feels like a film made in the early ’80s, but it is also unmistakably full of ’70s fashion and styles. It’s easy to see how it was a success, because it’s just so different from the then-current norm in Hong Kong. Various earlier films contained elements of what defined the Hong Kong New Wave (such as many Kuei Chih-Hung films), but none of them are as complete and unique as Jumping Ash. Fans of Hong Kong cinema history will definitely want to check this one out for its influence and its uniqueness within the era.

Next up in this chronological journey through the Shaw Brothers Martial Arts catalog is the next film in Chang Cheh’s Shaolin Cycle: The New Shaolin Boxers! See ya then!