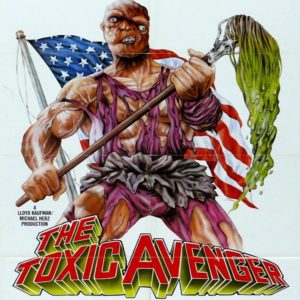 Episode 41! This week we’re diving into the Troma-rific 1984 film The Toxic Avenger! My love for the monster hero is well-established, but will Stephen like it? Listen to find out! 🙂

One thought on “The Silver Emulsion Podcast: Ep. 41 – The Toxic Avenger”