As always, over the course of the year I run into a number of fantastic older films that I had previously never seen. In 2016 there were more than usual because I watched a TON of stuff, more than I had in many years, and I dug hard into my favorites genres of martial arts and horror. I figured if I was going to focus on watching movies in my limited free time, I might as well further explore the genres that truly excite me. You gotta do what feels right, and nothing feels more right to me than Hong Kong movies and horror.

Sergio Leone is the most well-known director of Spaghetti Westerns, but everyone should know about Sergio Corbucci, too. He made Navajo Joe just a few months after releasing the genre classic Django, and Navajo Joe just might be the better and more entertaining film. Burt Reynolds stars as Navajo Joe, a Native American out for revenge. The film is taut, lean and action-packed; if you’re a fan of westerns, this is a must-see film. And it might even make a non-believer think twice about the genre’s possibilities.

In any obsession or addiction, there is always a feeling of chasing that initial high achieved during the discovery phase. When I was first getting into Hong Kong movies in the mid/late ’90s, I watched all of Wong Kar-Wai’s then-released films and really enjoyed them (even though I don’t think I ever really “got” them). I was so excited to watch The Grandmaster when it was first released that I ordered the Hong Kong Blu-ray as soon as it was available. But it sat on my shelf for something like three years because I had heard middling things about it and I couldn’t muster the desire to watch it. But then I did, and not only did I love The Grandmaster, it made me once again feel the rare, sweet bliss that defined my discovery of Hong Kong film. It’s not a martial arts film by the traditional definition, but it is a beautiful film about the martial arts, the philosophies at their foundations, and the difficult pursuit of reaching the pinnacle in a skilled art.

I made a point to watch as many Michelle Yeoh movies as I could in 2016. If I remember right, it was to wash the memory of Crouching Tiger, Hidden Dragon 2 out of my brain. Hahahaha… anyway, this led me to a number of movies I hadn’t seen before, and Magnificent Warriors was the one that really blew me away. It’s funny, it’s action-packed, it’s just pure fun in the vein of Armour of God and Indiana Jones. Why isn’t this movie more well known? 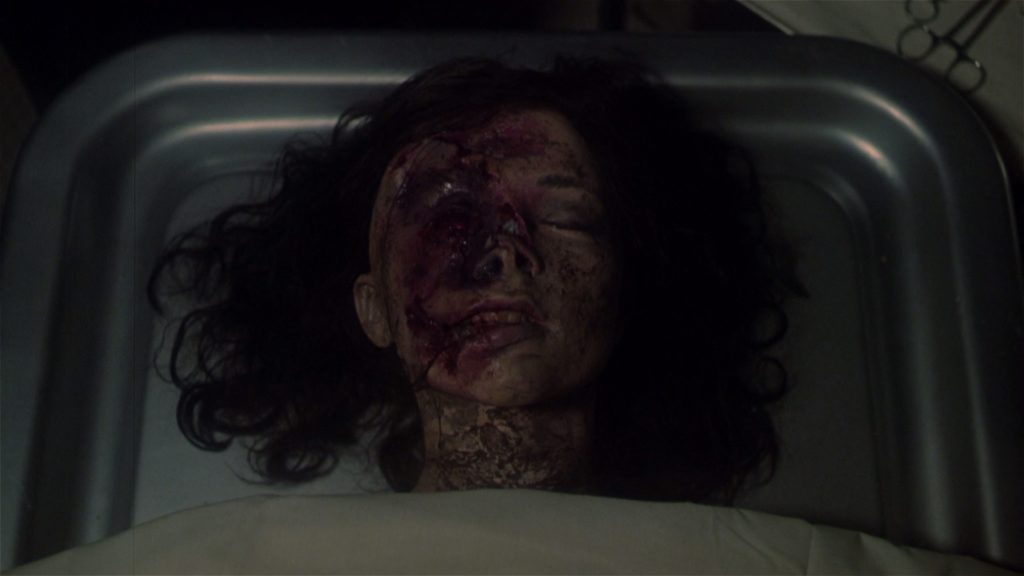 This year’s October horror movie gorge contained a lot of great stuff, but Dead & Buried was the one that rose above the competition. The unique take on a fairly common story is done to fantastic effect, and the FX work from Stan Winston is second to none. If you dig horror, I highly recommend you check this one out… but don’t read a damn thing about it beforehand! 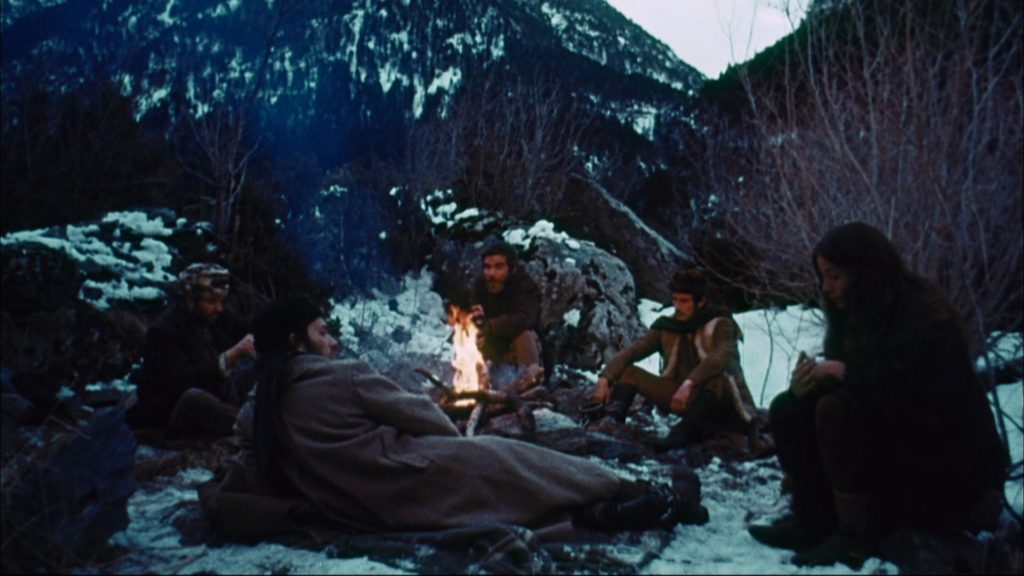 In late 2015 Quentin Tarantino released The Hateful Eight, and at the same time I heard people referring to Cut-Throats Nine as “The Original Hateful Eight.” I still haven’t seen the Tarantino film and at this point I don’t really care to… even more so because there’s no way it can be as great and hard-hitting as Cut-Throats Nine (not that I expect them to be all that similar). Anyway, Cut-Throats Nine is one of the bleakest movies I’ve ever seen. There isn’t even a shred of hope or optimism. This definitely makes it a hit-or-miss film depending on your taste, but I absolutely loved it.

At this point in my Shaw Brothers series, it’s rare for me to be completely taken by surprise by a film. The Pirate knocked me sideways, threw me in a trunk and I woke up three days later in the middle of the South China Sea. I absolutely loved it, and ever since then I’ve talked it up at every opportunity. I liked it so much that it’s one of those movies I’m scared to re-watch, for fear of dispelling the magic of that first-view love. The film is structurally beautiful, placing Ti Lung and David Chiang at opposite ends of the moral spectrum, but without the well-known hero/villain framework surrounding them. The Pirate is a film that perfectly shows off the mutual respect of the martial arts, and it is this quality that really sets it apart for me. That, and the fights are DOPE. 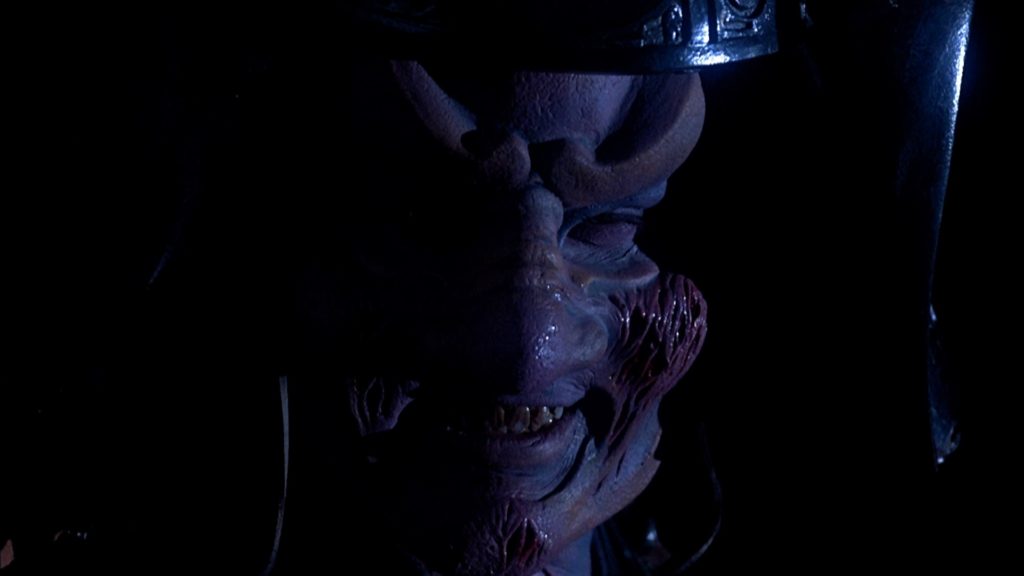 As soon as I heard the title Neon Maniacs, I knew I had to watch the film. And then I did. And it was glorious. A perfect slice of ’80s horror and culture, populated with a ton of great monsters that live in a warehouse beneath the Golden Gate Bridge… what’s not to love? I’m also a huge fan of Nightbreed, so I loved imagining this as a side story to that tale, with the evil monsters of Neon Maniacs existing as a militant group of monsters unwilling to move from their ancestral home to Midian. Anyway, it’s definitely a B-movie that will entertain in varying degrees depending on your preferences, but I absolutely loved it. If you dig ’80s horror and monsters, I think you’ll have a good time, too. 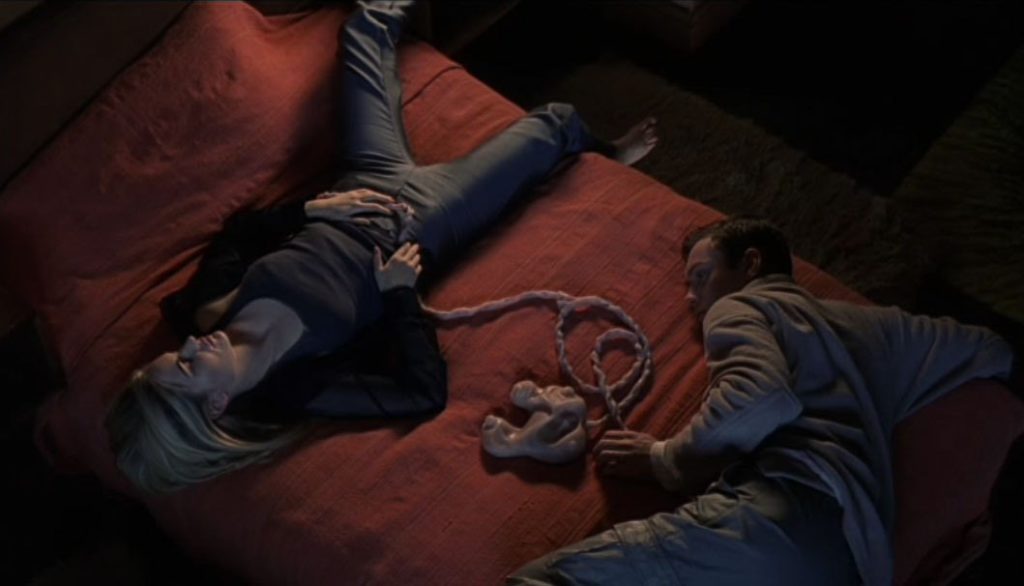 I started going through all of Cronenberg’s films in 2015 and I finished them up in 2016. I loved just about every one, but holy shit did I love eXistenZ. It’s like the best Philip K. Dick story that Philip K. Dick didn’t write. Incorporating VR, video games, Dick’s trademark shifting realities and Cronenberg’s unequaled body horror, eXistenZ is one of the greatest movies that you’ve never seen. It was for me, anyway! If you consider yourself a fan of science fiction, eXistenZ is an absolute must-see film.

As much as I love Hong Kong films, there’s always going to be huge blind spots in your viewing; there’s just too many great films out there to have seen them all. So in 2016 I really tried to watch as many Sammo Hung-directed films as I could (as well as just watching more Hong Kong stuff in general). This resulted in me seeing a ton of great stuff, of which Knockabout knocked me out the most. I’ve always loved Yuen Biao and thought he kind of got the short end of the stick (compared to Sammo and Jackie) playing supporting characters in just about every movie I’d ever seen him in. Knockabout is a fantastic showcase for his abilities, as well as featuring killer performances (both in terms of acting and martial arts) from Leung Kar-Yan, Sammo Hung, Lau Kar-Wing and many more. Knockabout is a wonderful balance of comedy and action, and it’s easily one of the best films Sammo ever made… and he made a lot of great films!

Working through the Shaw catalog is a massive undertaking, but my slow progress is carried out with nothing but love for the films and the people responsible for them. Nothing elicits my passion more than the work of Chang Cheh when he’s on his game, and in Shaolin Martial Arts he crafted a truly remarkable film. For years I was looking forward to reaching Chang’s Shaolin Cycle of film in my series, and so far they have yet to disappoint. What I found especially great about Shaolin Martial Arts is how the film focuses on the arts themselves and their preservation, instead of a traditional character structure. It’s unique and nothing short of brilliant. A non-martial arts fan probably wouldn’t appreciate it in the same way, but you can’t trust someone that doesn’t dig kung fu, now can you?

What were your favorite discoveries in 2016?